Following from my 3 December post after finding the new army lists for Megablitz and getting all enthused about creating an Alpini Division (which has progressed a little bit - I have at least now acquired suitable HAT 75mm mountain gun and some hopefully convertible crew plus seen some very nice 20mm AA guns in 1/72nd scale) I opened a box of Germans to find two unfinished wagons.

As every German division seems to need a wagon I decided I would finish them.  Then I decided I needed crew.  The wagons are Airfix (Wagon Train set and ACW Artillery limber) and are just a basic paint job.

Horses might be a bit small, but that is war shortages for you. 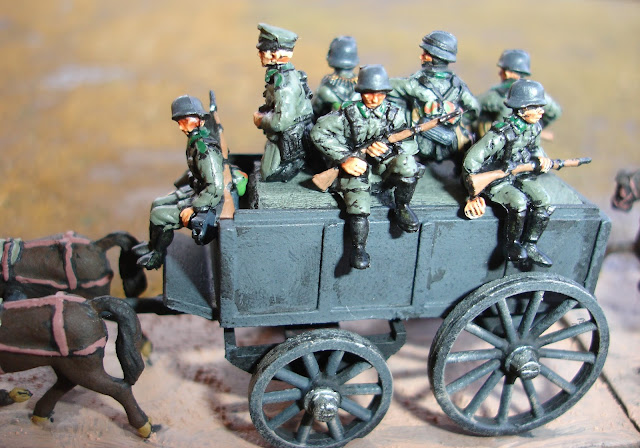 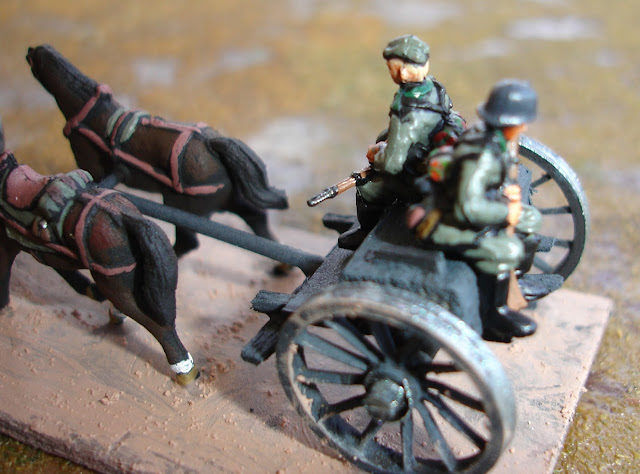 Not a perfect fit, but good enough to add atmosphere. 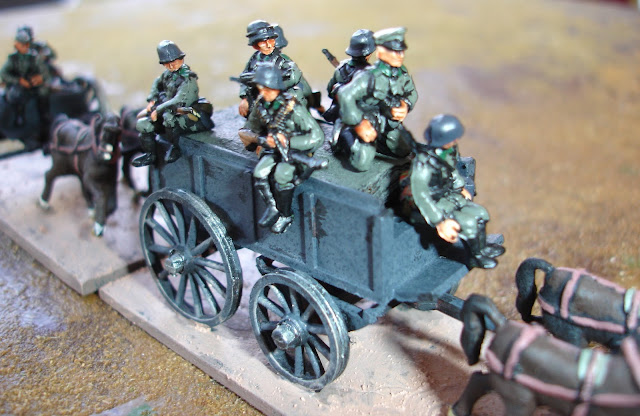 They are just balanced on.
If they ever get used in anger it might be blue tack. 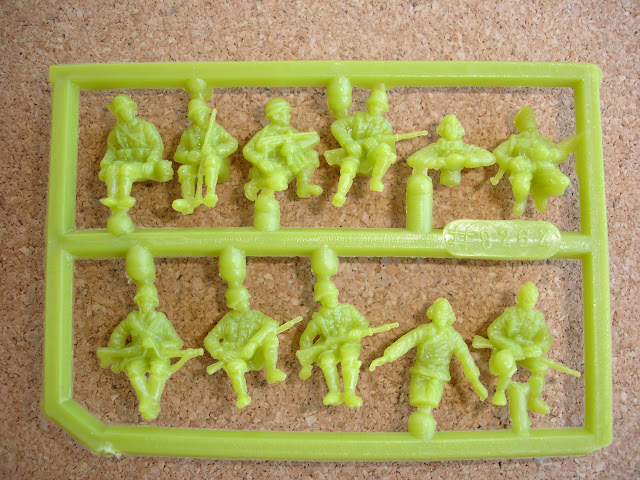 The HAT 8262 Tank Riders almost got put back in the box when I saw this vile green shade.

However I am very happy how they turned out.  Four sprues of 11 different figures for $A12, that's less than 30 cents a figure.  Lots of potential.
Posted by Sun of York at 3:16 PM