What do you do when you Basic Impetus opponent is a no show?  Join in a game of Snappy Nappy.

Darren had devised a game based on the Battle of Trebbia 1799.  Always interesting when a rule set is used to refight an actual battle.  I have been looking at these rules as a way of gaming Napoleonics on a club night so the opportunity to join a game was much appreciated.

Russell and Dave were the hated French, Darren was the Russians and I went Austrians.  All figures and terrain was Darren's with extra figures supplied by Dave. 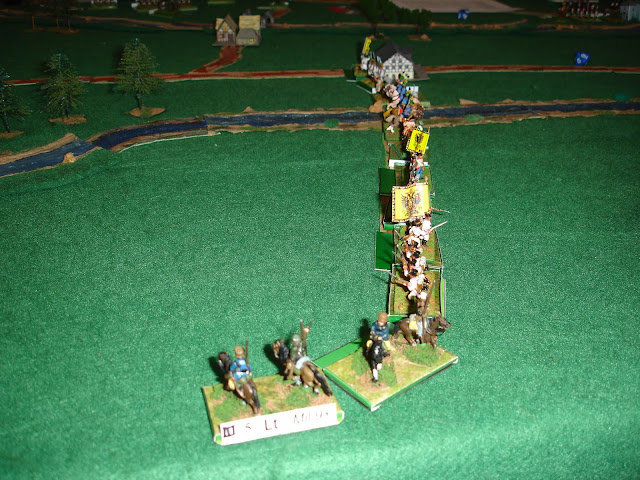 Austrians in Road Column
Only to be used on a road. 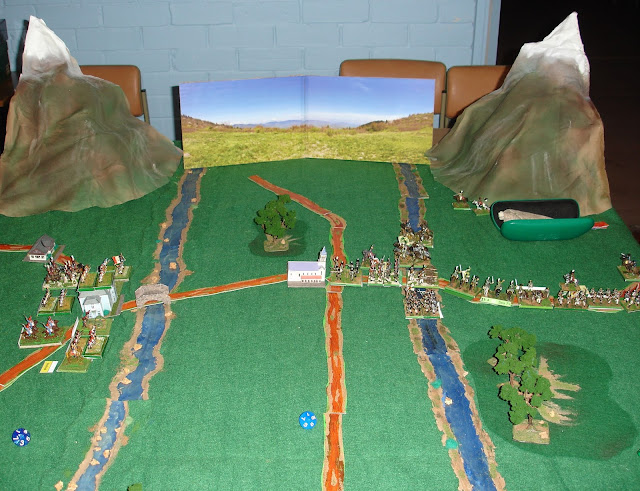 Darren had produced some spectacular terrain for the game.
I apologise for not removing the clutter before taking this photo 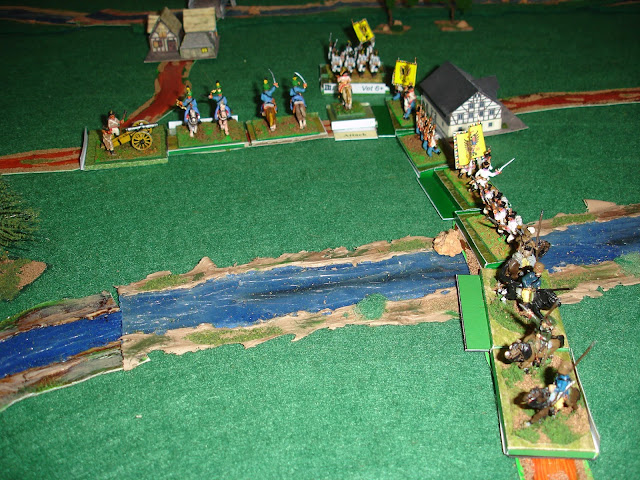 Second hour and the Austrians start to deploy. 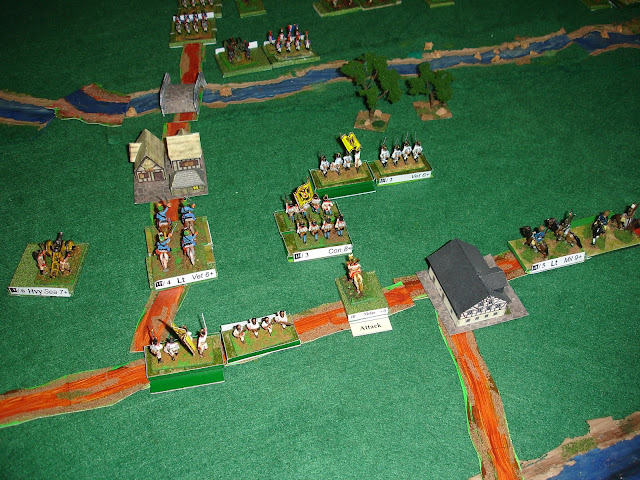 Third hour and the Austrians are finishing their deployment.
The lead brigade has started to come under long range French artillery fire.
The French heavy guns can reach out to 1,800 yards which seems a bit excessive.
Infantry fire is 150 yards.
1"equals 150 yards.
With two fire phases per turn,
artillery is pretty potent. 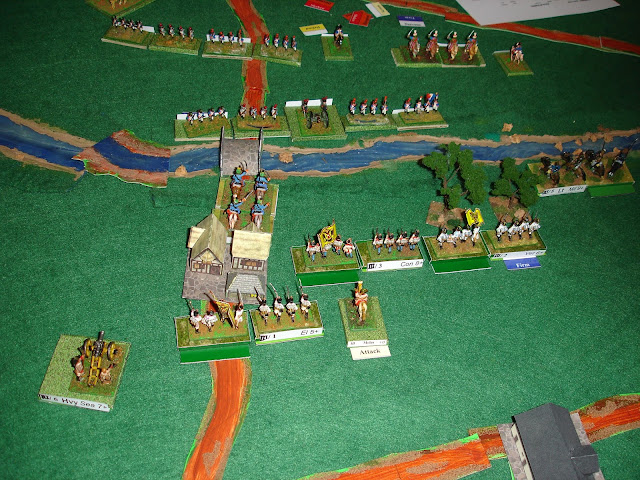 By the end of the fourth hour,
the Austrian cavalry has moved up to menace the French infantry. 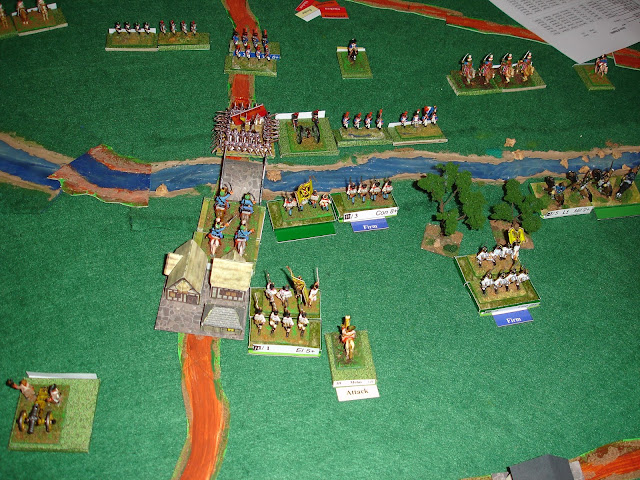 At the fifth hour mark the Austrian artillery is attempting to move up.
The Austrian infantry is getting ready to attack. 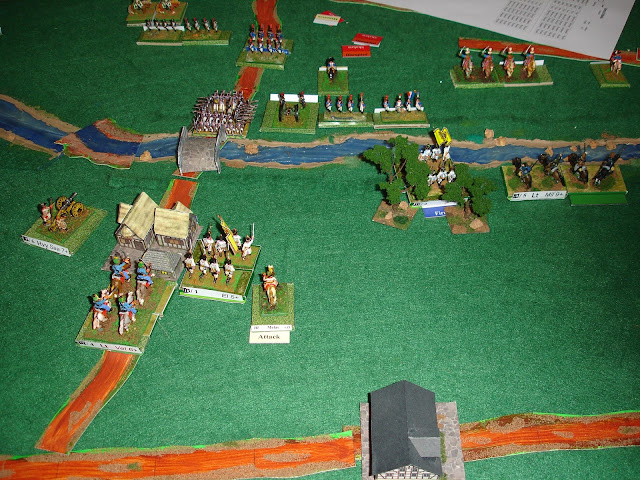 Come the sixth hour the Austrian infantry is ready to renew the attack.
The conscripts have routed, but at least the artillery has a nice target.
The seventh hour saw the Austrian grenadiers (the elite unit near the general) storm across the bridge and hit the square.  It pushed it back, only to be shattered by the French artillery.  The other infantry brigade suffered a similar result.
Hmmm...
I was somewhat disappointed.  The rules are simple, but this appears to be due to not covering or explaining the mechanics fully.  For example, change of formation seemed a bit problematic.  Part of my problem is that as a Napoleon's Battles player for many decades I am used to a detailed rule set that covers all eventualities.  However this was my first game and so probably more accurately reflects my limitations than the rules.
There is a challenge between grand tactical Napoleonic rules and tactical rules and players who have the latter mindest (which of course is assisted by the figure scale requiring a bit of suspension of disbelief tasht six figures represents a brigade).  This same problem exists with NB and is not helped by units being in column, line or square.
Artillery seems too powerful.  Forming grand batteries did occur of course, but each gun model represents a collection of 24 guns which in reality were distributed amongst the formations.  This would be easily fixed with the scenario OOB.
Each turn being an hour also seems a bit limiting given in our game it took half a day to get into action.  Even in Road Column the movement is just one mile an hour.
The morale check system is interesting.  The system of orders I think needs to be reflected back into movement rates and combat factors.
On a positive note the rules are now available as a PDF download.  I received this email today from the Snappy Nappy support group at groups.io:
News: Due to almost insane postage costs for mailing to non-US addresses, Snappy Nappy publisher On Military Matters made a PDF version of Snappy Nappy. It is identical to the original version, but also includes six pages of errata (all of which have already been posted here for years). I agreed to allow OMM to make a PDF as a sort of experiment. It is available only via OMM. Cost is $24 and the OMM # is 2-190320. OMM still sells the paper version of Snappy Nappy ($29 plus postage), which will also have the errata included.

Yes, if you live in the US, you can order the PDF version. :)

On Military Matters is at www.onmilitarymatters.com  and if you have questions, Dennis' e-mail is militarymatters@att.net and the phone number to his store is 609-466-2329.

Thanks for your continued support of SN.--Russ Snappy Nappy Lockwood

The Soviets Have Arrived

More than I expected, but with a surprise.

Some of the vehicles are a bit obscure as befits Soviet AFVs of WW2.

Attribution of manufacturer is my best guess

Four SU-76 Battlefront
Would like to add more crew figures. 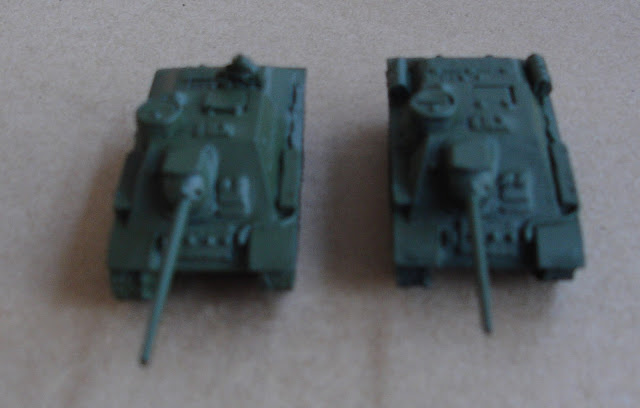 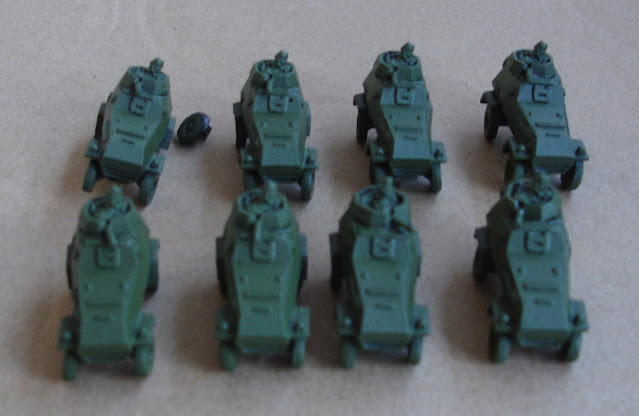 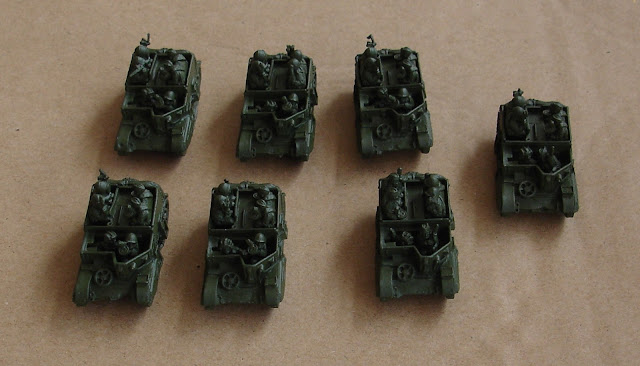 Seven Universal Carriers
Have the number 119 inscribed on the base.

Five White Scout Cars
Resin, not sure of brand.

A KV-1 1940 model Battlefront
and three KV-85 unknown manufacturer.
The middle one with the white resin has possibly had an adverse reaction with the undercoat 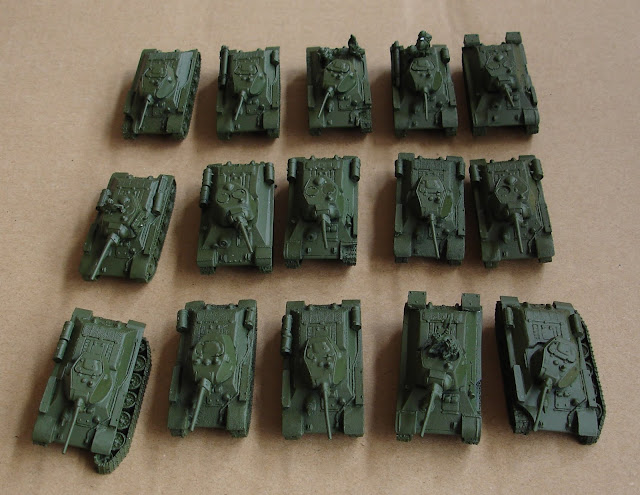 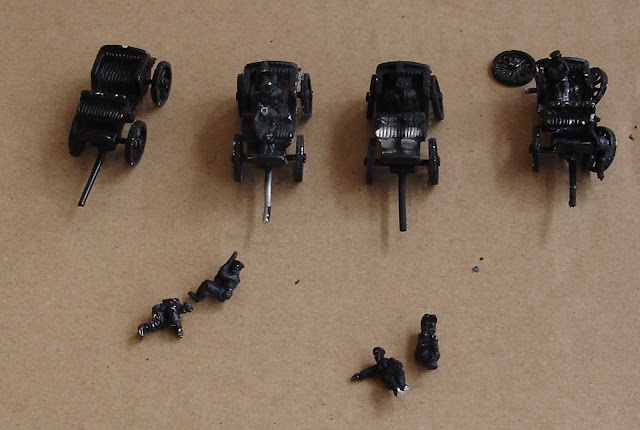 Four Russian army tchanka Peter Pig
These can have just two horse which would then give me enough to use on the other limbers. 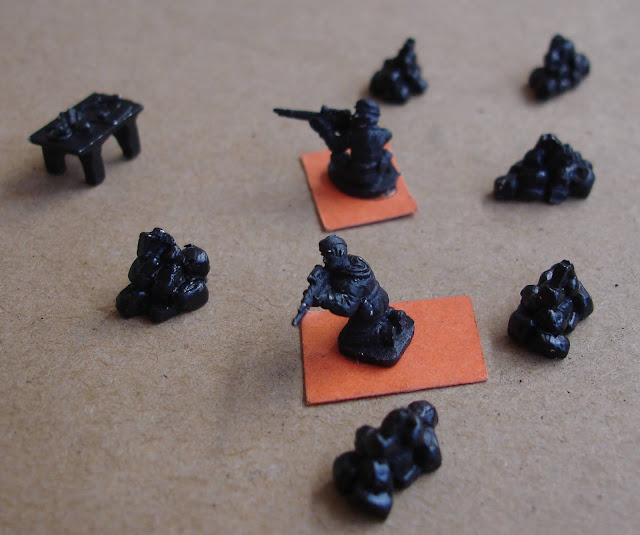 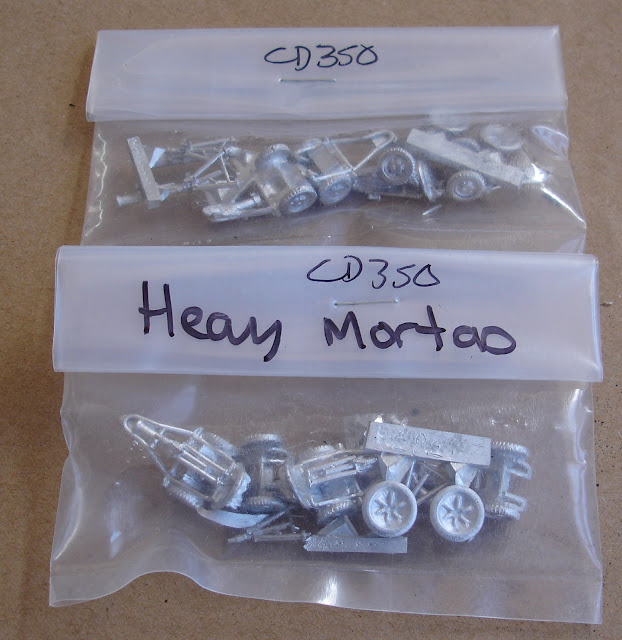 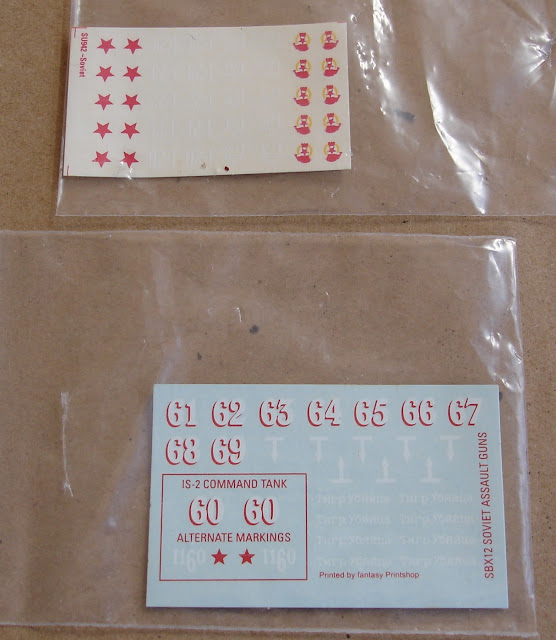 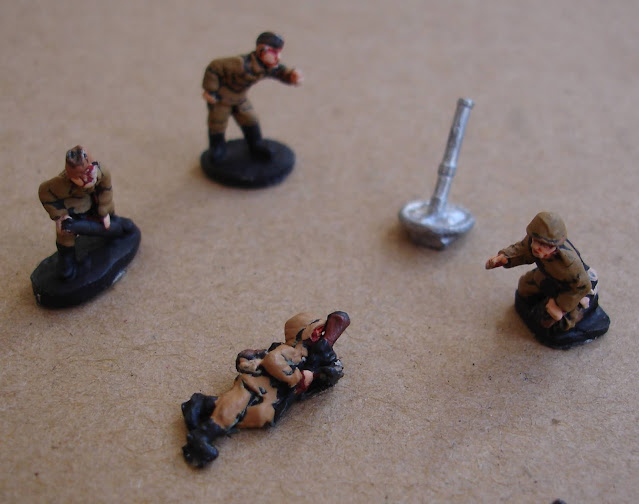 A bit of a mortar and a few crew.
That guy laying down doesn't look right...
What motivated me to make the purchase was that the figures were all painted.  Having now seen them up close I am not that taken with the style.  There is some re-detailing I will probably do as I don't like some of the colours used.  I will also try a black wash and then a dry brush of buff, but it depends on how sharp the detail is.  I will also redo the flesh.  Then again I might just leave them as they are (unlikely).  Basing is really the key. 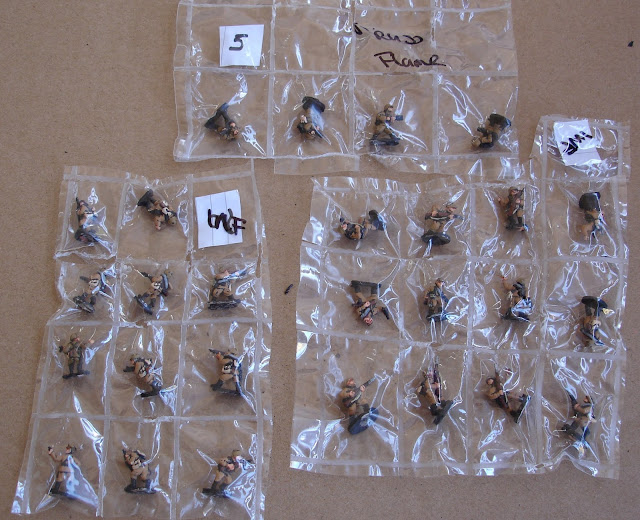 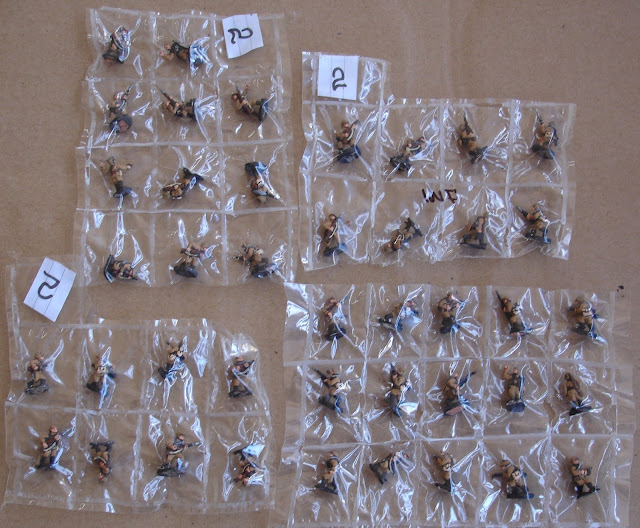 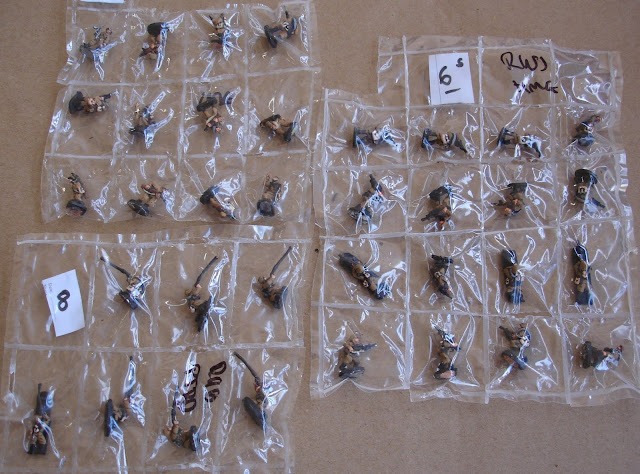 35 infantry including AT rifles
which go with those little piles of rocks in the sniper image
BUT
Note the odd looking figure top left hand corner in this image.
An infiltrator? 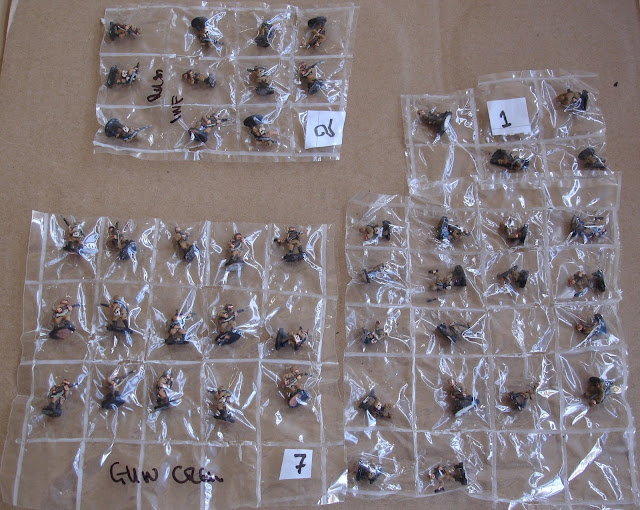 47 infantry including some artillery crew (but possibly for mortars) 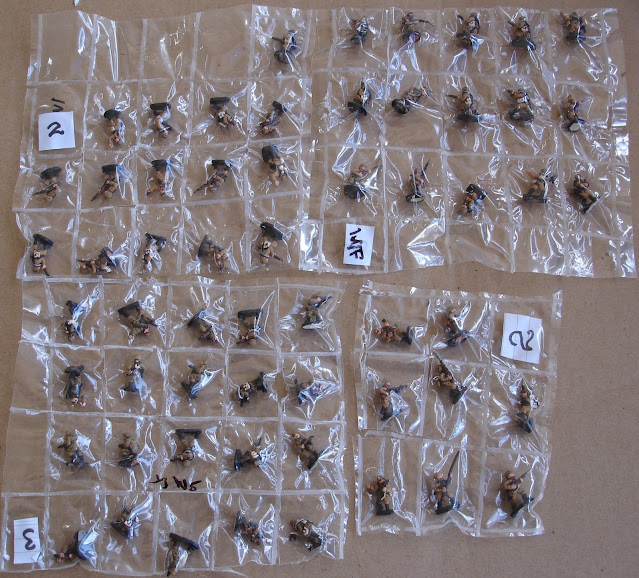 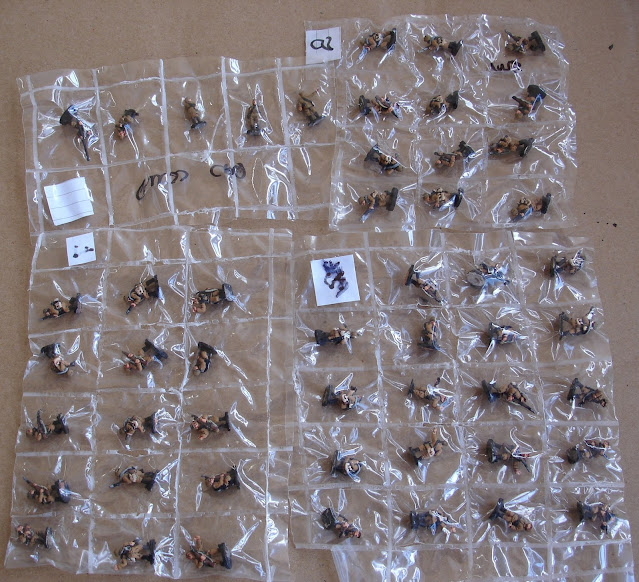 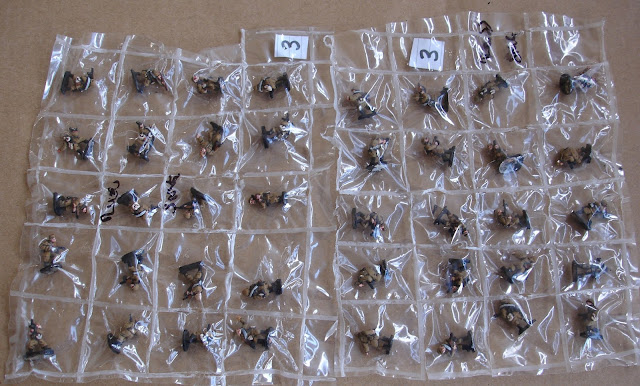 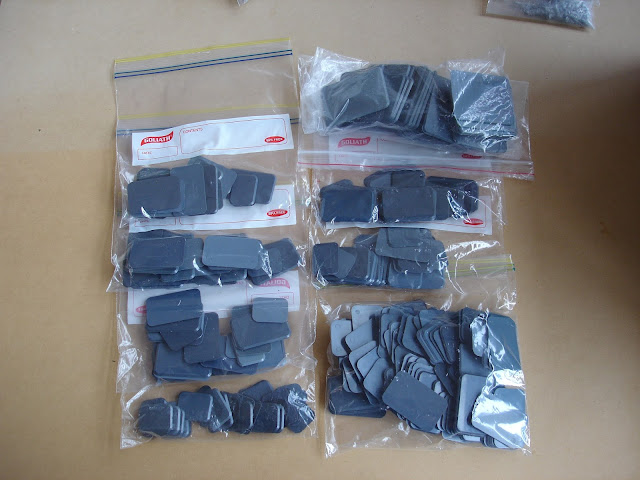 Worth their weight in gold. 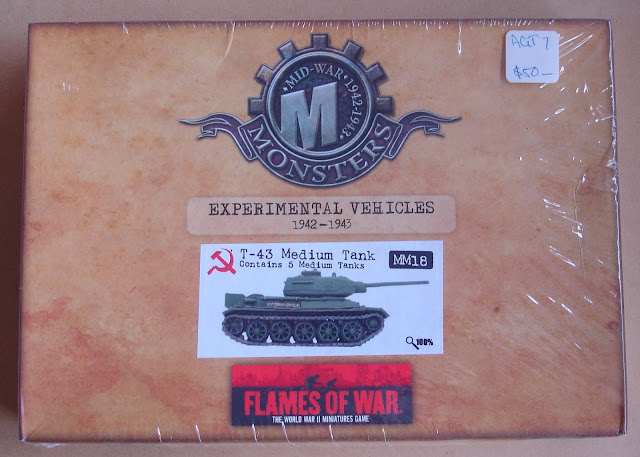 Still in the box. 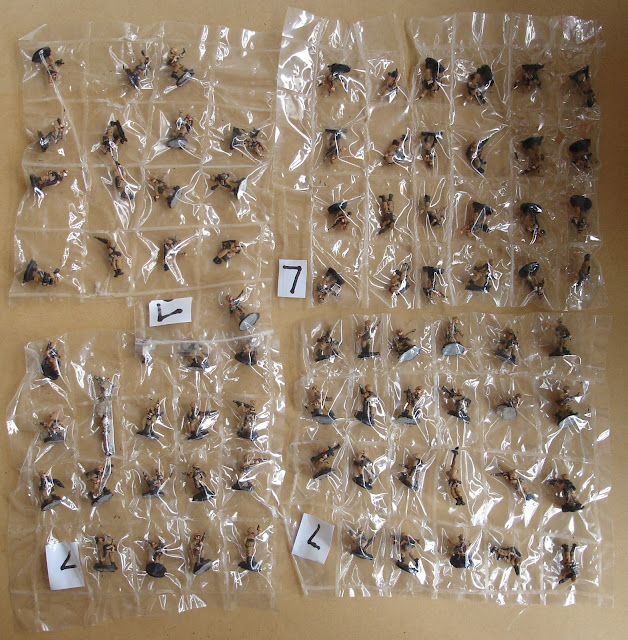 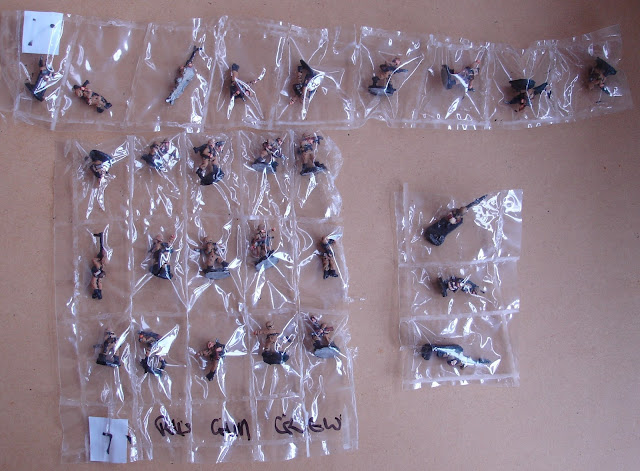 This is a surprise.
Hard to tell from the image, but these are late war Germans painted as Soviets.
Whoops. 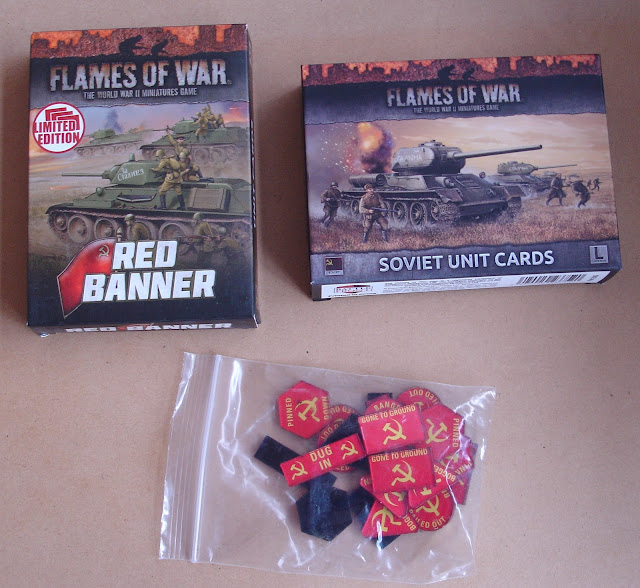 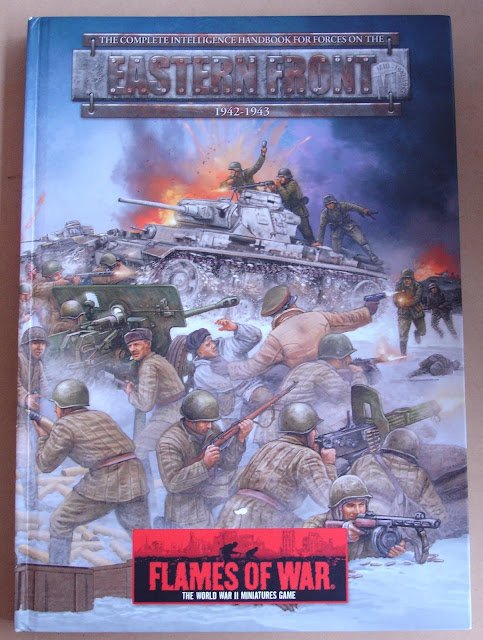 The book is a nice touch,
much appreciated.
This force is more than I need for Rommel,
but will also do for Crossfire and Blitzkrieg Commander.
Now to get stuck into the make good.