Mud and storms, storms and mud.  Makes for quick turns.

Axis attacks trying to break into the Don Bas.

And the southern front.  The Soviets have actually started a counter offensive as against the very thinly held Axis lines near the Taganrog Sea.

Melitopol pocket.  It was unchanged from GT65 to GT66 and is denying the Axis much needed troops for any chance at a push on Rostov.

Further Axis attacks into the Don Bas.  Progress is slow and casualties are high.

In the south the Soviets now have an offensive underway to recapture Mariupol.  The Axis southern panzer force has just enough supplies to withdraw if it needs to.

A Model Victory - Waterloo and the Battle for History

This was one of the books I picked up at the at the book auction which was part of the NWS Xmas dinner.  I took away with me on holidays, as it was a paper back of just a few hundred pages (288).

I didn't know what to expect and found it a bit disappointing.  The recap of the battle was too extensive and didn't fully seem right - probably I've read too much about the battle plus have my own opinions.

I would have liked more on the model construction.

Back ground to Captain Siborne's life would also have helped to put things in context, particularly regarding the value of money during the period the model was developed.

The history of the model was interesting.  I recall seeing at least part of it in 1986 at what I think was the Army Museum in London, but the visit was overshadowed by IRA bomb threats.  My memory is that the model was rather dark, but I really need to see it again.

The politics of the model was interesting.  A bit of background to the relationship between Great Britain and Prussia at the time (as well as Wellington's career post Waterloo) would have helped set context.  This could have been done by reducing the battle narrative although might have made for a drier book.  Books on Waterloo are readily available as noted in the Further Reading list.

However the position that Wellington took, that depiction of the battle belonged to the victorious general and could not be constructed from the participants' recollections was well covered, as was Siborne's machinations to complete the model and get compensation. To that end it had a very modern feel to it.  I could well imagine Wellington, as say Prime Minister, deciding that a country provided a clear and present danger and ordering an invasion and then ignoring, ridiculing and subverting anyone who had a differing view, even after the whole thing unfolded as a farce.  I might be being a tad harsh, but with great men go great egos and they must be protected more than the truth.
Posted by Sun of York at 8:49 PM 3 comments:

Still on Sentosa Island, I manged to visit the remaining example of the pre WW2 fortifications of  which Singapore was famous for and which provided a fatal false sense of security. 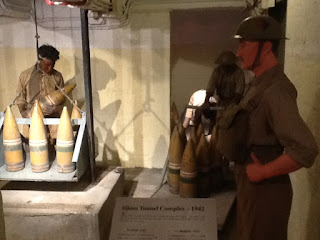 While the fort was a set of gun emplacements and tunnels that you could freely wander around, some areas had been set up as they would have appeared in early 1942. 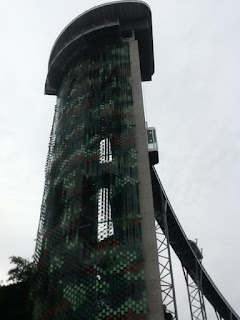 A modern viewing platform providing a magnificent entrance to the fort as well as spectacular views of the island and Singapore harbour. 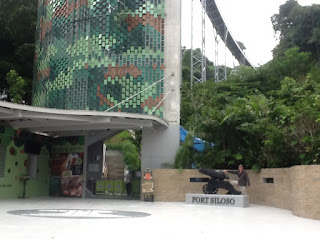 To do the attraction more justice, and also to "tidy up" the brochure so it doesn't become future clutter, here is the leaflet that also provides a good map of the fort. 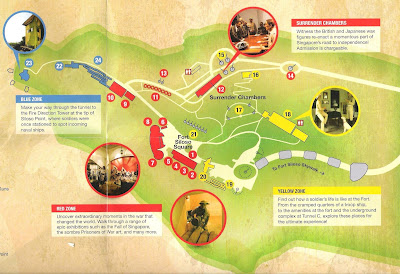 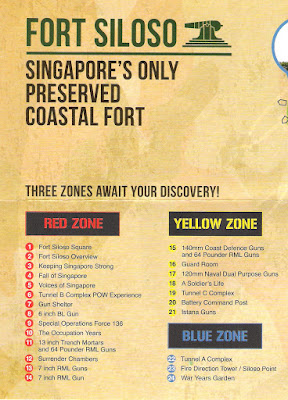 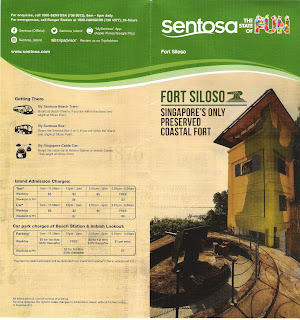 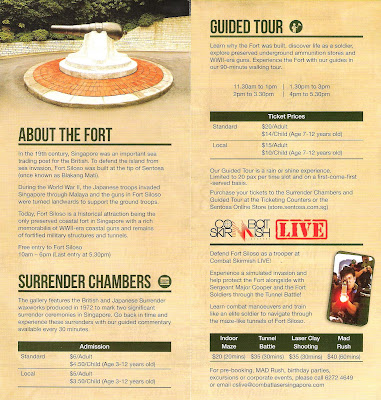 This is just one of the attractions on Sentosa Island and as can be seen has a lot to offer (worth visiting for the views alone). 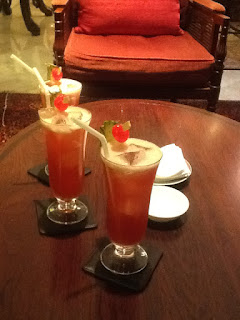 And of course, we topped it all off by staying at the Raffles for Xmas and starting with a round of Singapore Slings - truly wonderful.

The other place I would recommend when visiting Singapore is the Botanic Gardens (not only magnificent, but free).  The Singapore Zoo was also very good and we did both the night safari and the day zoo although we were pressed for time with the latter (we had just really gone to have breakfast with the Orang Utans, although if it is Orang Utans you want to see I recommend a stay at the Shangri-La Rasa Ria resort at Kota Kinabalu).

Just some inspiration for Galleys and Galleons games in the future.  Photos from the Merlion exhibit on Sentosa Island, Singapore. 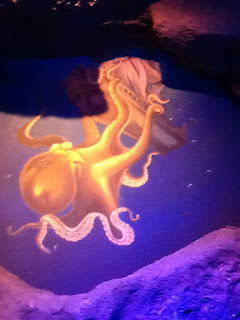 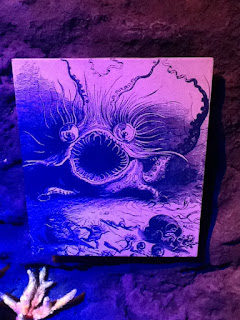 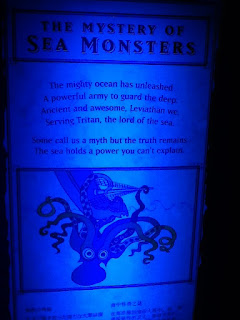 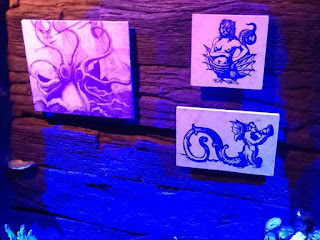 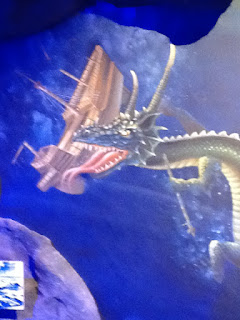 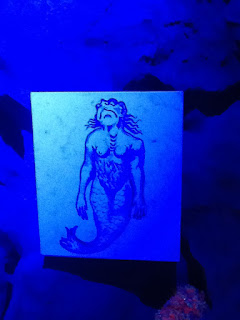 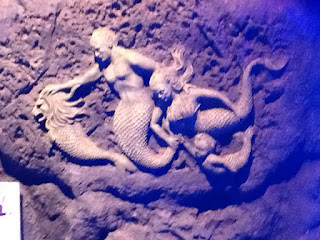 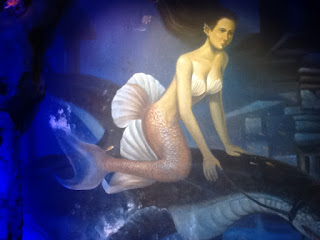 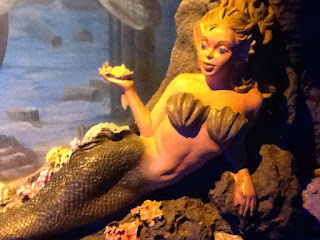 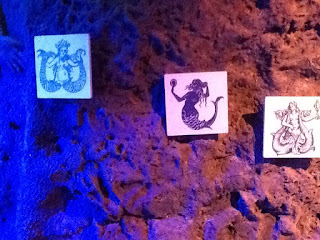 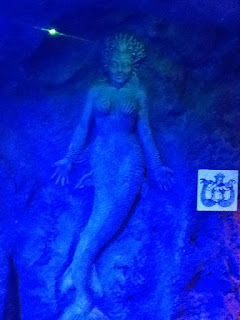 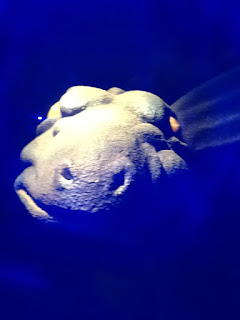 Now back from my holiday in Cambodia (where thankfully people are no longer compelled to dress in black.  Also it didn't rain so no need to take a mac).  The temples are amazing, especially the one being overrun by the jungle (of Tomb Raider fame), but Angkor Wat had these great bas-reliefs depicting history and associated wars of the king who built the temnple. 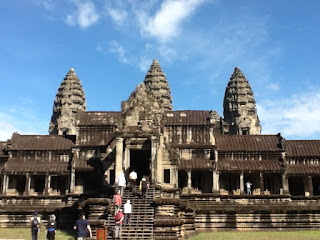 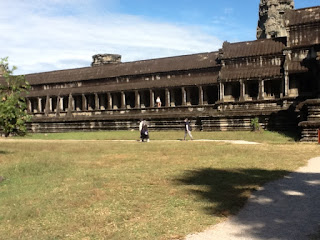 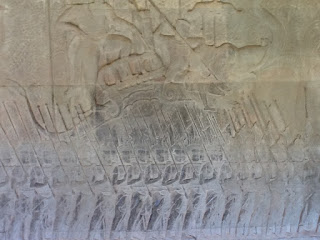 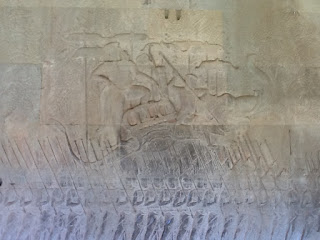 The photos are just from my iPad.  Do a Google search if you want to know more or see better quality, or better still, go and have a holiday in Cambodia.

One thing I did take away was the generals rank is indicated by the number of parasols he has, the more he has the more important he is.

Mud and storms, mud and storms.  You can almost use the pictures to play spot the difference between the two turns except I've been able to use a different zoom to capture all the (non)action for GT64.

End GT64 and Axis forces are massing in the north, but so far unable to launch any attacks although they tried.

End GT64 and the Axis are very much stalled in the south as the Soviet defense line starts to thicken and dig in.

The ever shrinking Melitopol pocket.  The city is still holding out, tying down a good number of Axis units along way front the main front. 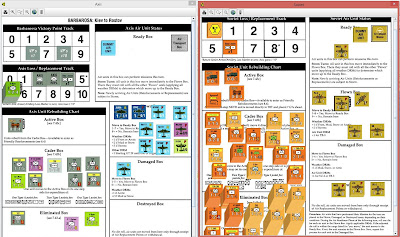 These charts manage the airforces, reinforcements and a few other things.  Axis VPs stand at 86 which is in the marginal victory  space, but there are still 21 turns to go.  The airforces are much reduced, due to withdrawals on the Axis side.  The number of eliminated units is astronomic for the Soviets.

But here I must leave it as I'm off on holidays!