Played my first game of Blitzkrieg Commander.  Very impressed.  Gave a good feel and quick and easy to play.  It's now on my wish list.

http://www.blitzkrieg-commander.com/default.aspx?Area=BKC
Posted by Sun of York at 7:09 PM No comments:

This is a Xmas project and hopefully there will be a Part 2 within two weeks (the time I have off), however at the moment I’m into painting Napoleonics so it might not happen. 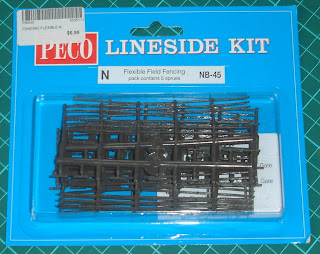 I purchased this Peco Lineside kit and decided that for wargaming purposes it would be best to make up into ten separate strips.  Pop sticks made the perfect base.  I originally started to collect the pop sticks by saving them from ice creams, but I soon realised that was a fattening idea.  I ended up just taking ten from a self service drink stand were they were supplied in lieu of teaspoons. 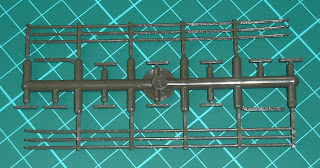 The end of each segment was a bit tricky, but actually went together very well.  I had no luck with the centre struts and so left them off.  PVA glue worked fine to secure the fence to its base. 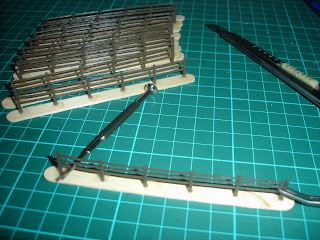 Now they are ready to paint and flock.

These are my two Russian companies that I have dedicated to the Crossfire Stalingrad scenario.


They have been relabelled with red brown on white for the first (rifle) company and white on red brown for the SMG company.
The figures are a mix of Esci, Atlantic, metal (one Hinchcliffe, but the other metal are I think GHQ).  There is even one Matchbox hard plastic figure in there.


I hope next time I get to play the scenario the new labels aid playability. 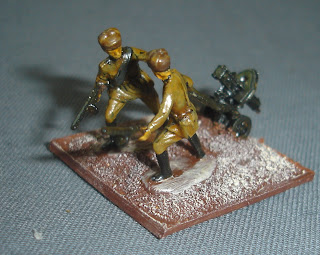 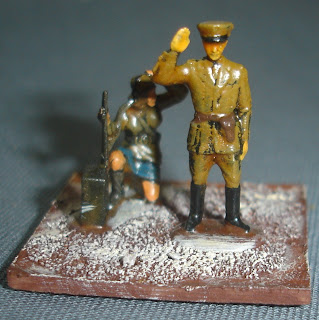 On 4 December we played the Leipzig Table A scenario, but noted how if we were playing the full battle there would be many decisions on other troops that would be available – this was some of the fun we were perhaps looking for.  So far the two scenarios we have played have been totally isolated

The French chose the Mockern road and while it took time to get their long march columns on the table they quickly deployed facing north.  Command was an issue as Ney is only 4 and Marmont is a 7.  Both have a 10” command span.  The special arrangements for the command of continuous columns is something that has recently been commented on in the Napoleon’s Battles Yahoo Group and it was certainly a factor in this game.  See http://games.groups.yahoo.com/group/napsbattles/message/14643


The Russians arrived on time and passed thru Lindenthal as can be seen in the first photo.  Note the model used to denote the village of Lindenthal was actually moved (saved) and placed with Mockern as its position on the table edge were a lot of movement was occurring put it in jeopardy of being knocked onto the floor. 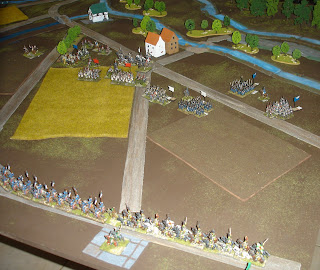 The Allies felt hemmed in by the French and decided to delay the arrival of the Prussians for an hour which gave them time to enter deployed and a fair way down the French left flank.  I think this gave them a significant deployment advantage in time and flexibility. This was rule 6.1.4.1.1. 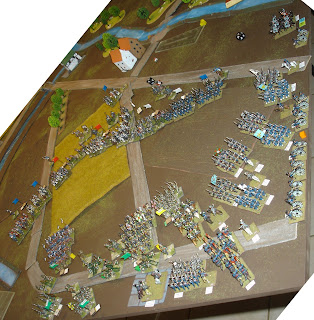 The Prussians then followed up their successful attack on the French left with an all out assault and the next two photos show the before and after situations. 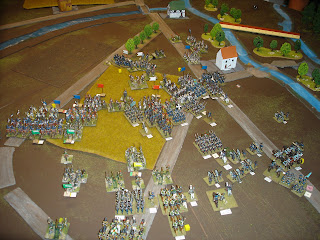 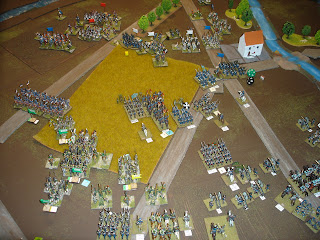 The Allies kept up the pressure and at the end held Mockern.  Some of their units had been badly mauled, but they had inflicted worse on the French plus captured a lot of the French artillery. The troop quality at this period makes the units very fragile.

This is how the battle ended up: 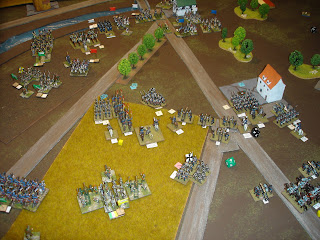 The game took about seven hours, but I'm a rather slow player these days, especially when attacking.

If I was to do this battle again I would move the map significantly to the north west and have the south bordered by the Elster River and the east by the stream that flows from Gohlis to Gross Widderitzsch.  The reference material I have that would best aid me in constructing this is the Napoleon at Leipzig board game by OSG.  Maybe for a future post ...
Posted by Sun of York at 9:09 AM No comments: