With all the recent posts I’ve seen on other blogs about contents of scrap boxes I thought an update on the progress of the field artillery for this unit would be timely.  The guns and limbers were not an issue and I have even found the original gun crews.  One of the quads required only a little make good, but the other was a total rebuild from many parts including a bit of scratch building.  Here are the two quads before they go for painting. 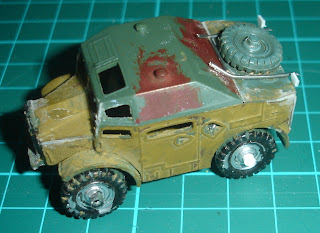 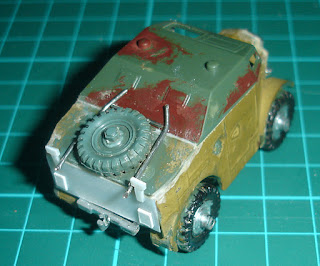 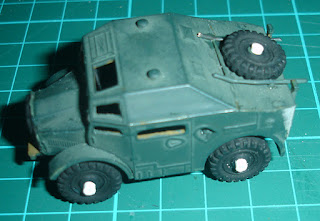 Undercoat commenced in July last year and I finally got the time over Xmas to finish them.  See original post on the background to this unit here: http://onesidedminiaturewargamingdiscourse.blogspot.com/2011/07/austrian-napoleonic-ir-29-undercoat.html 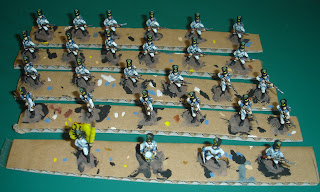 I only used the brown wash on the flesh, although I don't think these photos do the effect justice.

I’m very happy how this brigade of 28AsLN turned out for Napoleon's Battles.  I went to a bit of effort to make sure they fitted together regardless of sequence, not so noticeable when deployed in line, but a must for column. 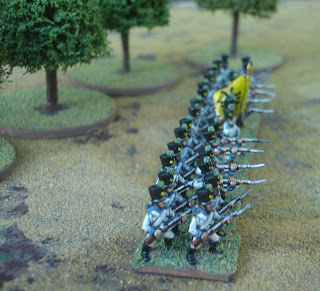 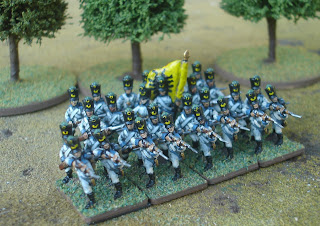 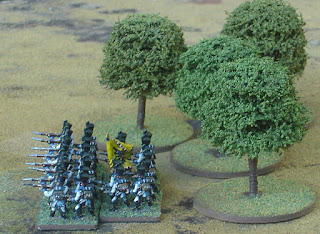 Time marches on and now all the infantry elements have been rebased.  So I now have the three brigades 69th, 151st and 168th for the 50th Division for the Megablitz rules. 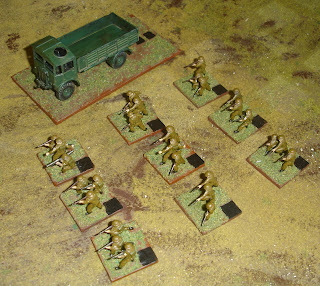 These same figures also double up as an infantry company for Crossfire. 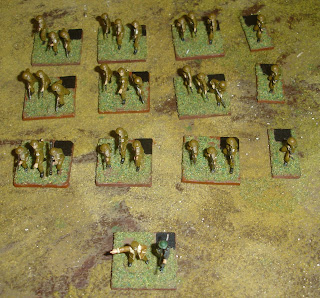 I'm also hoping that these same forces can double (or will it be triple) up for Blitzkrieg Commander (rules set has been ordered). 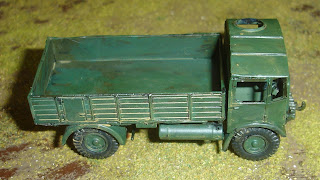 So far only one dedicated transport unit – a reconstructed Matador.  It is the first vehicle I undercoated black before painting.  In another first it is also the first to be varnished.  The matt varnish has a more satin finish to it, but i think that is my fault for not shaking up the can enough.  So it goes.  The infantry used to be gloss.  I didn’t fix the truck to its base.  I um’d and er’d for a long while, but decided not to at this stage.    I’ll keep with the loose look. 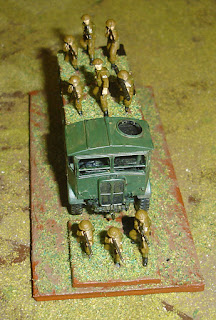 The next job is to start on the field artillery regiments, which will be more repair work. 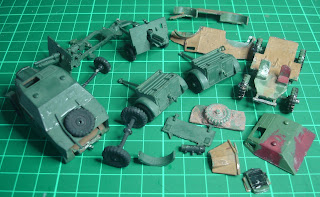