Fresh off the painting table and in to battle, my new Byzantines take on Mark B's Sassanids. 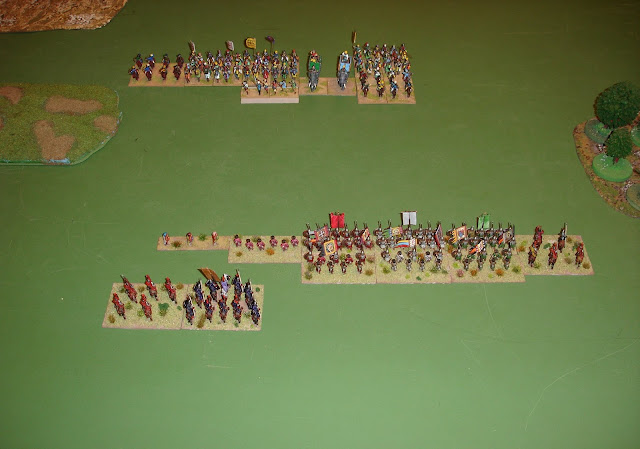 I had to deploy first which gave the Sassanids and advantage. 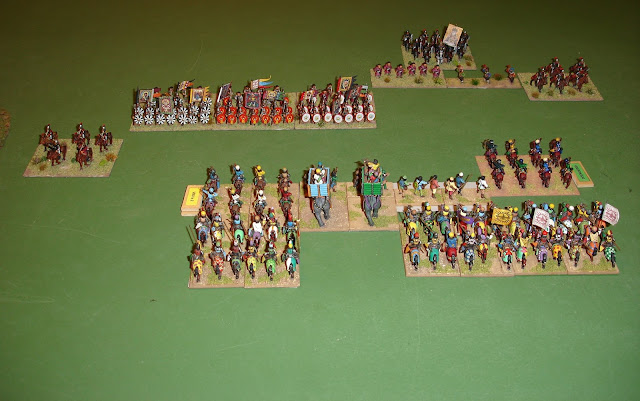 The Sassanids picked "Aggressive Deployment"
they obviously wanted to be home early. 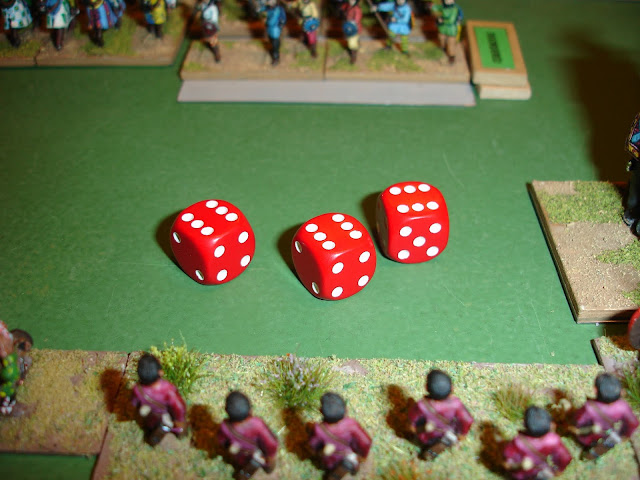 My archers get a hat trick against the Sassanid foot,
made doubly sweet when the enemy badly failed the resultant Cohesion Test. 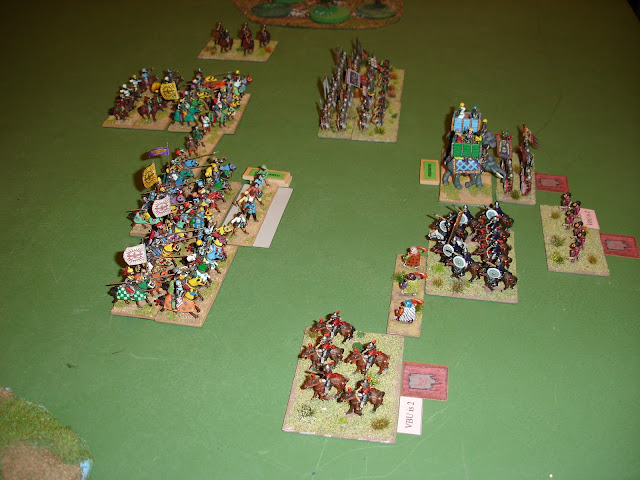 End of Turn 2 and the Sassanid elephants are making a mess of my red legion. 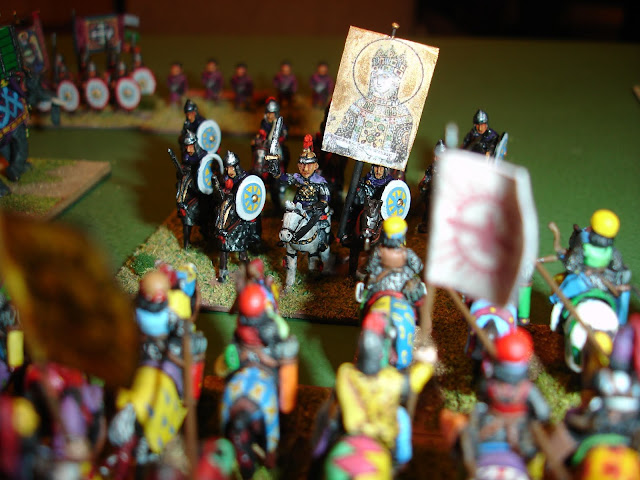 My general charges.
The odds are not good. 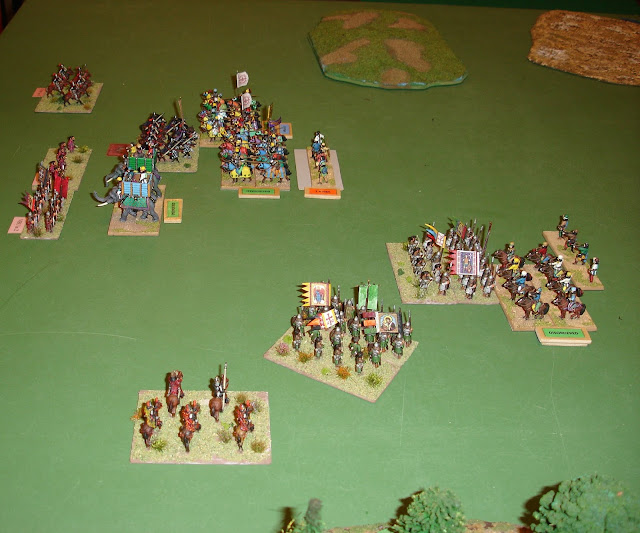 I have victory on my right, although it is taking a long time to clear the field.
The elephants have been winded. 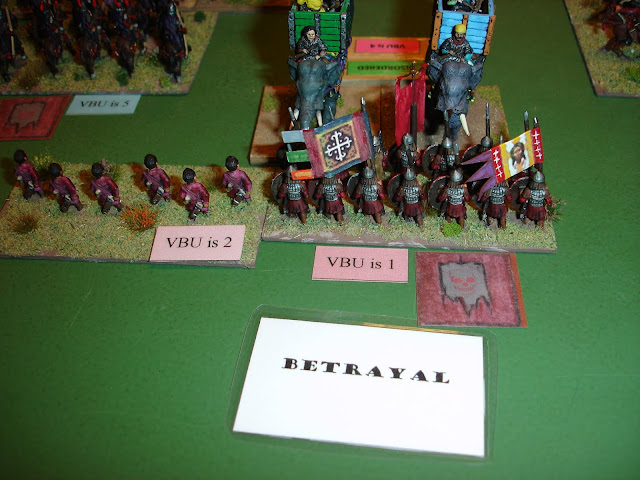 But the elephants return.
Previously my general had played the Betrayal card on the opposing Sassanid cavalry,
but it had failed badly and transferred the card to them.
They then used it to turn around a situation with the remnants of the Red Legion.
The real betrayal was that I failed to remember that the elephants don't get their impetus bonus against long spear.  Doh! 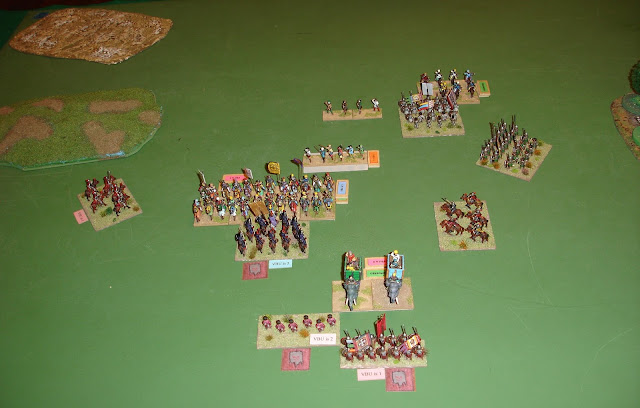 Turn 4 and the two generals are locked in combat,
while the elephants keep stomping. 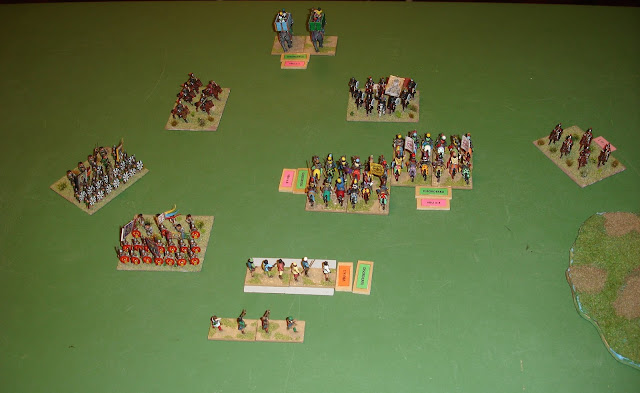 At the end of the Sassanid fifth turn we called a halt to the battle.
Losses were even at this stage.

I was very happy how my new army performed.
Posted by Sun of York at 10:15 PM 2 comments:

Just three units, but should do nicely. 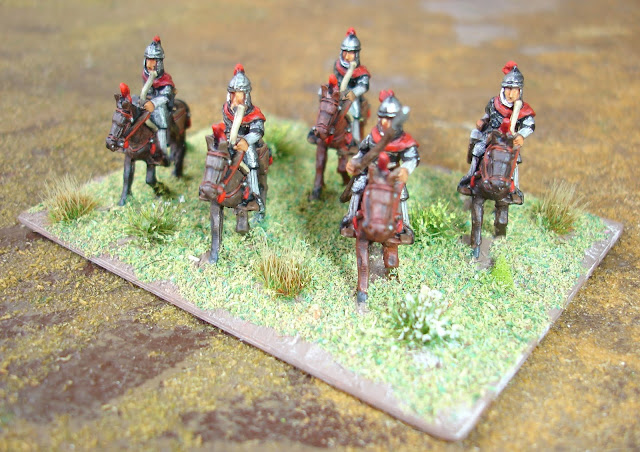 Basic Impetus 2.0 list a unit of Light Cavalry it calls Flankers.
This is my representation of them. 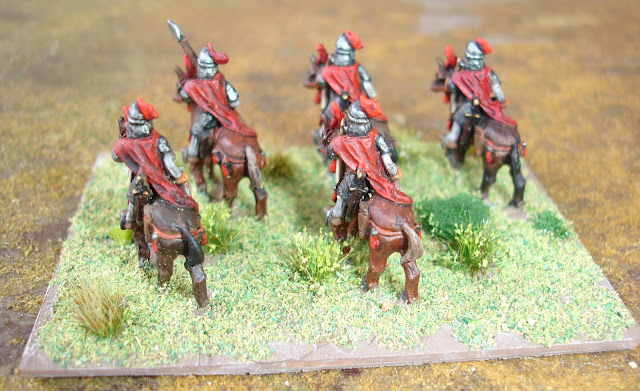 I went for a standard uniform for these guys. 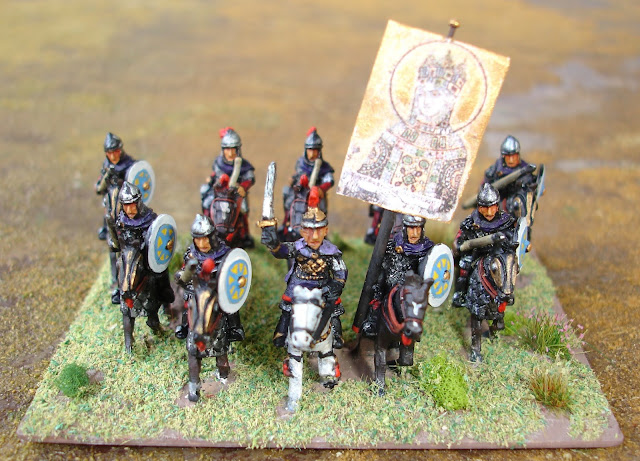 These are the Tagmatic Kavallaroi with general and Saint Zoe icon.
The icon was printed off the Wikipedia entry for Zoë Porphyrogenita.
Note purple cloaks. 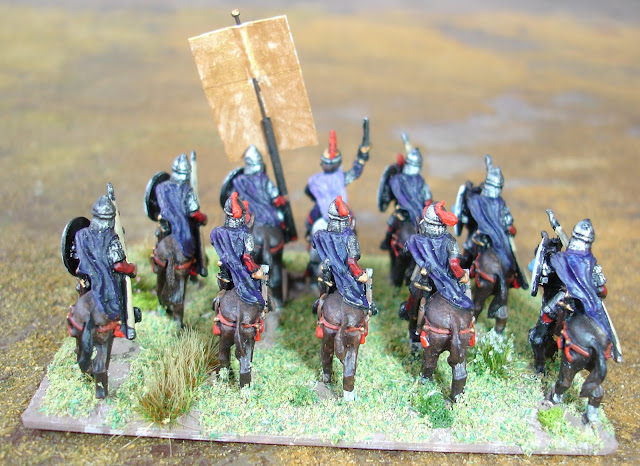 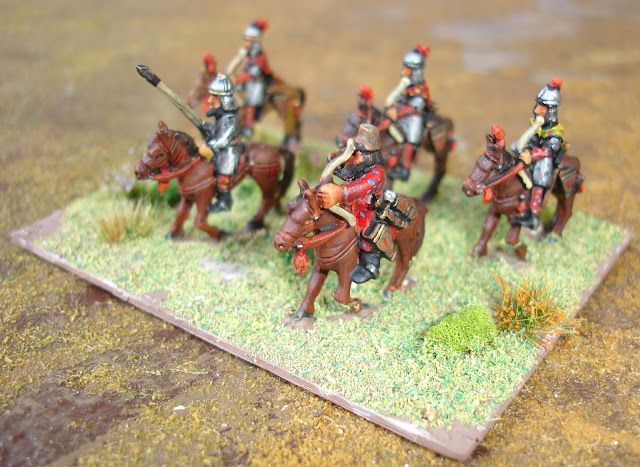 Prokoursatores.
I'm not going to guess at what this name mean,
but I've gone for a more mercenary look. 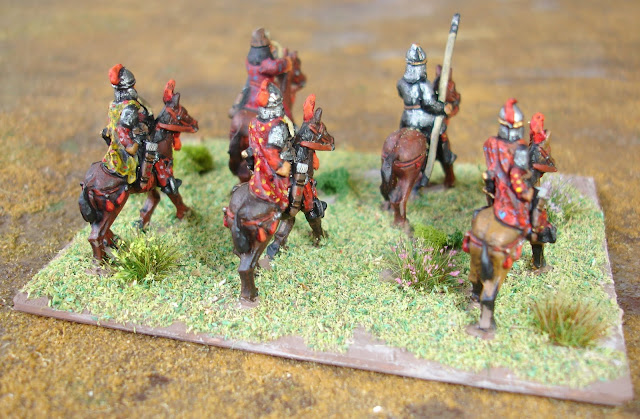 Another potent unit, with Light Cavalry maneuverability and the able to charge home.

I have more cavalry to paint if I want to expand the army, but my immediate job was to get them on to the table top.  Stay tuned.
Posted by Sun of York at 2:56 PM 13 comments:

This was my second visit to this fortress in Albany and first since the new ANZAC centre had been completed.  Worth visiting just for the views alone.  I ended up cutting my tour of the ANZAC centre short as it was all getting a bit depressing, plus I realised my companion was waiting for me. 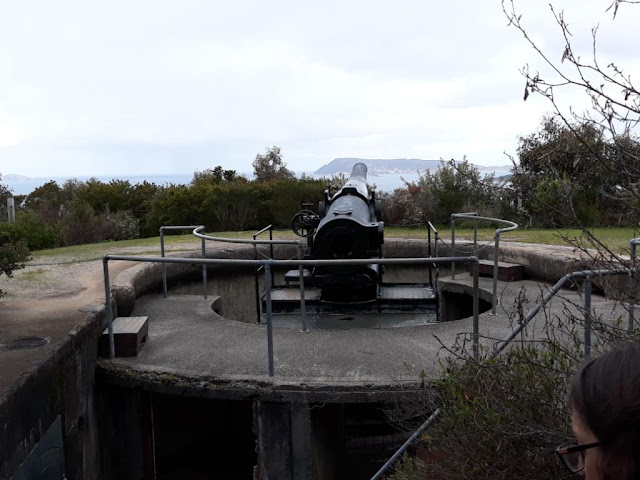 There are two gun emplacements you can freely clamber around plus other installations. 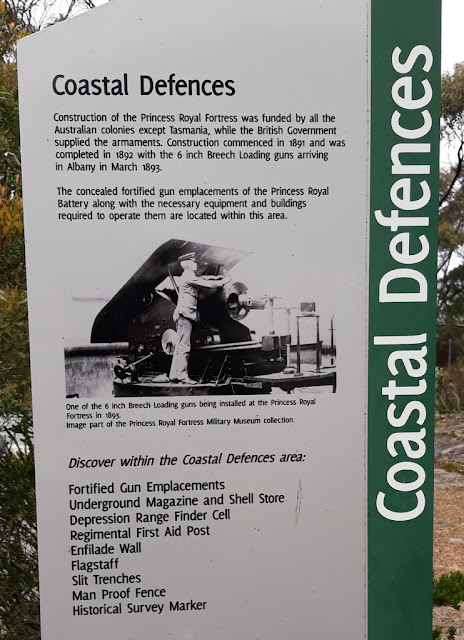 More information about the site and what is there.

What I found interesting was that it was started twenty years before WW1.

I know other forts in Australia were commenced earlier due to concern about Russian expansion.  My guess is the German colonies in the Pacific spurred on this upgrade to Western Australia's defences.

Princess Royal was in operation during WW2 but its guns were never used in anger.
Posted by Sun of York at 9:27 PM No comments:

Annals of a Fortress

Been on a bit of a local holiday which is always a good time for me to catch up on my reading.  Simon lent me this book and a jolly good read it was.  At times rather technical, but the plentiful diagrams helped.  It was also a good companion to the various castles I had seen in France earlier this year. 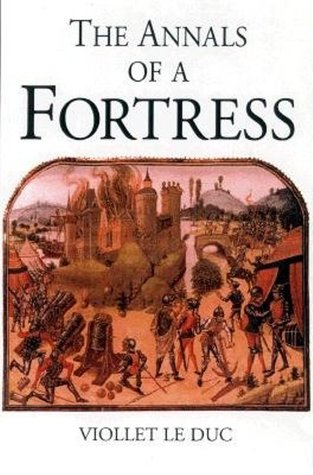 The book covers twenty two centuries of siege warfare based on a semifictuous location somewhere in Burgundy.

The translation in the copy I read was good, but still had some local flavour plus a feeling for the time it was written (nineteenth century).  It is very patriotic and militaristic as can be expected in the period preceding WW1.

What I really enjoyed were the descriptions of the various sieges that took place.

I couldn't take the risk of not getting this book for Father's Day so I bought it myself.  I've enjoyed every Antony Beevor book I've read except Spain (which I found way to confusing).  This one was no exception, although I wish I'd kept the OOB handy as I got mixed up on who was commanding what. 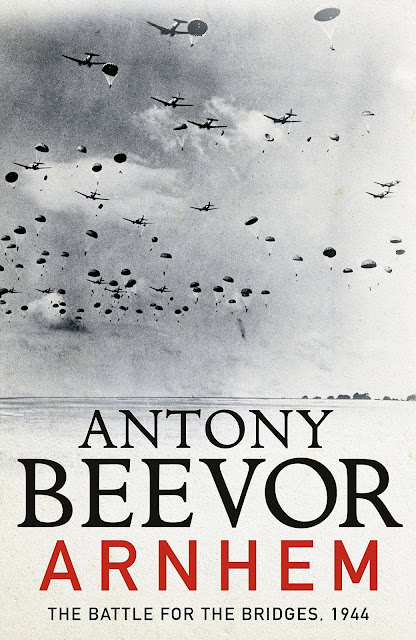 Well explained, day by day, blow by blow account of the campaign with the preliminary and post conflict covered well with no holding back on the horror, stupidity and gallantry inherent in military actions.

Definitely a bridge too far.

I'm now looking forward to playing the GMT boardgame, Holland '44.
Posted by Sun of York at 10:51 AM 2 comments: