Today Stephen N and myself were lucky to be able to run Mark Woods' 6mm Romans against his almost finished Carthaginians. 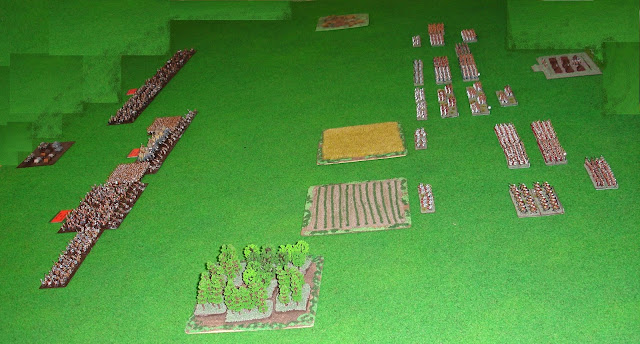 The two armies deployed.
Sorry about rather too obvious green photo extensions. 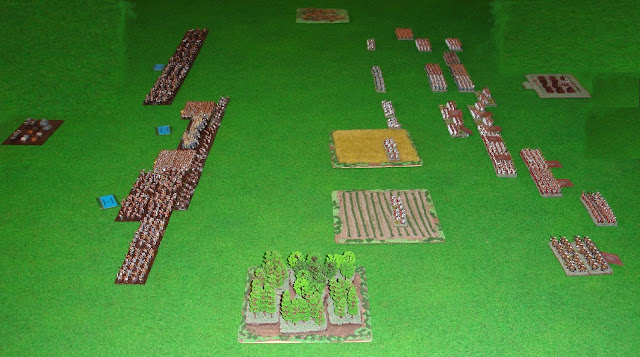 The Roman left is shuffling further left.
The velites have been pushed forward. 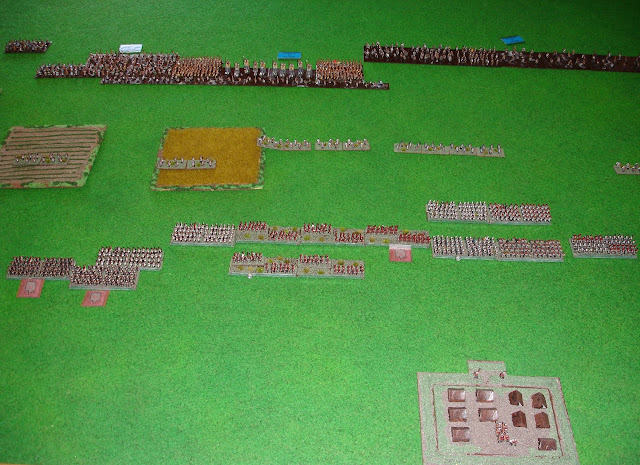 The view from the Roman camp.
I have the two legions on the left.
Stephen has the two on the right. 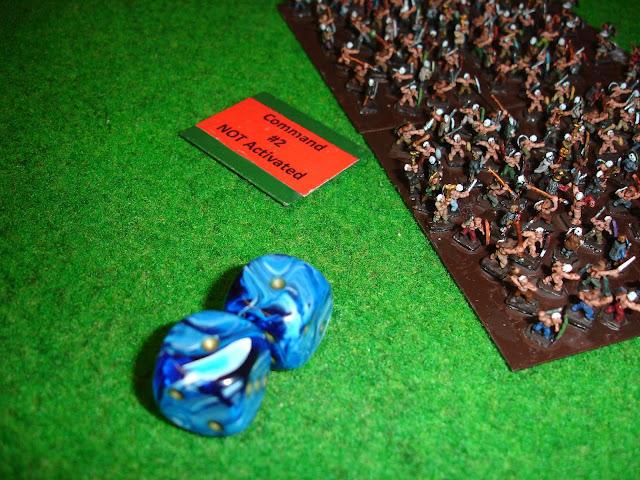 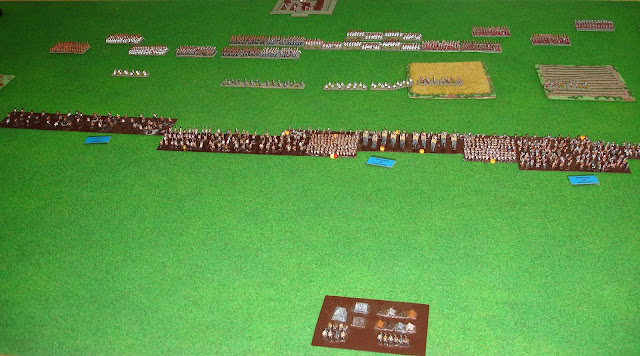 End of Turn Three as seen from the Carthaginian side. 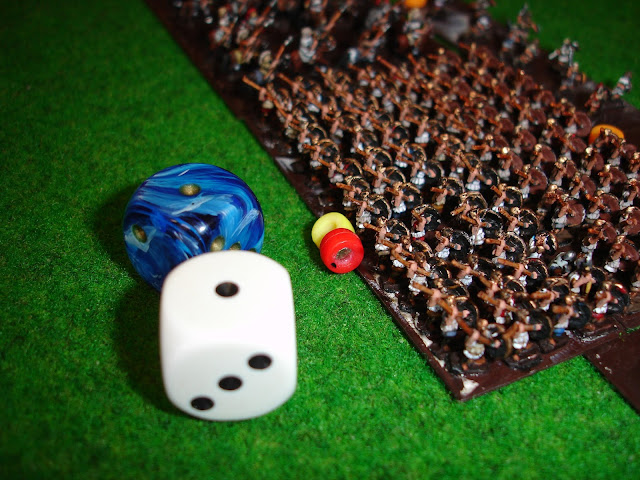 The Roman luck continues,
with a second Carthaginian general downgraded. 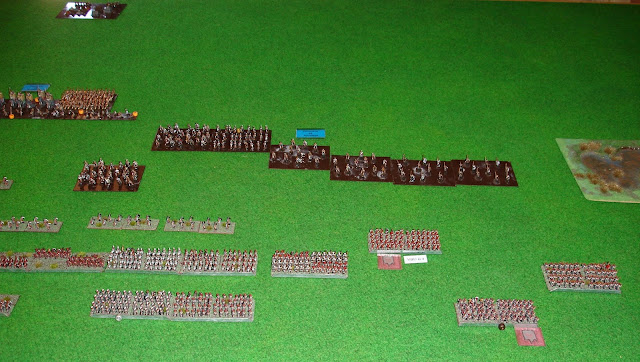 It looks like the Carthaginians are intent on attacking first up with their cavalry.
The Roman right is their weaker flank as it has the "penal legion".
Oh, and I allocated this wing to Stephen, funy that. 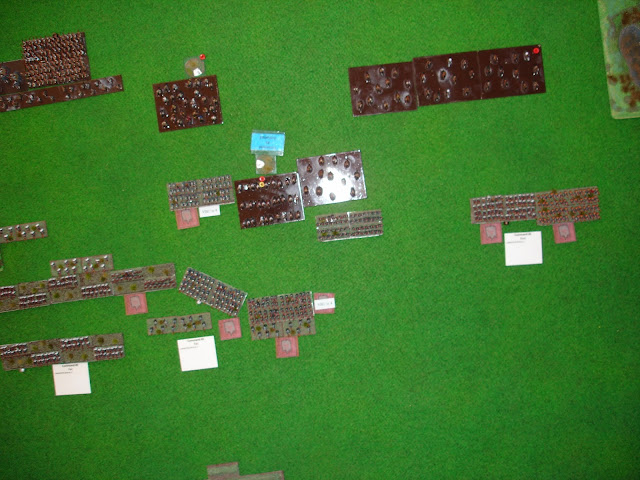 It's been bloody.
The Romans have lost three units.
The Carthaginians one. 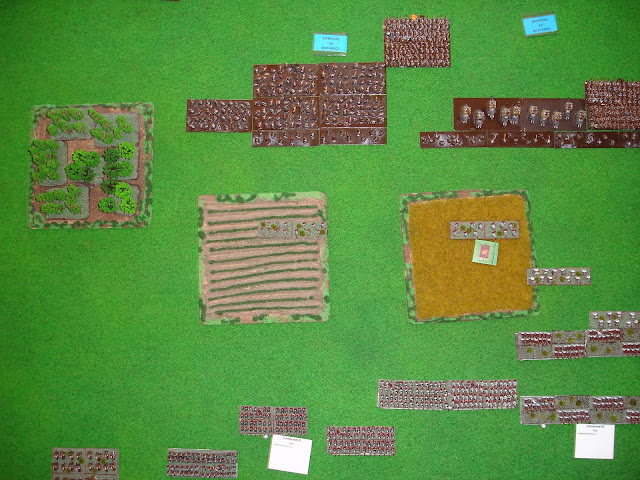 Meanwhile on the Roman left, the shuffle has continued to successfully extend the line,
to meet the Carthaginian advance of their Gauls. 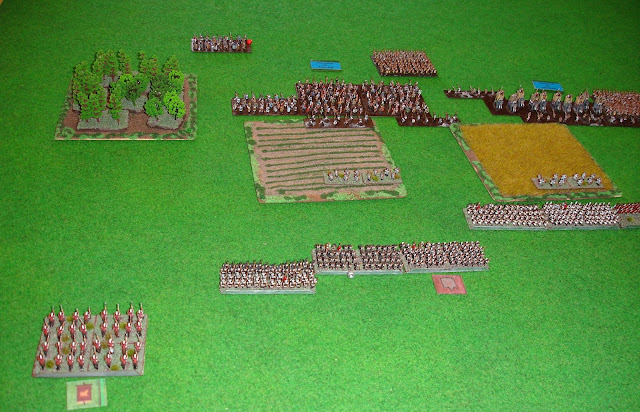 As long as the Carthaginians keep their distance, no one will get hurt. 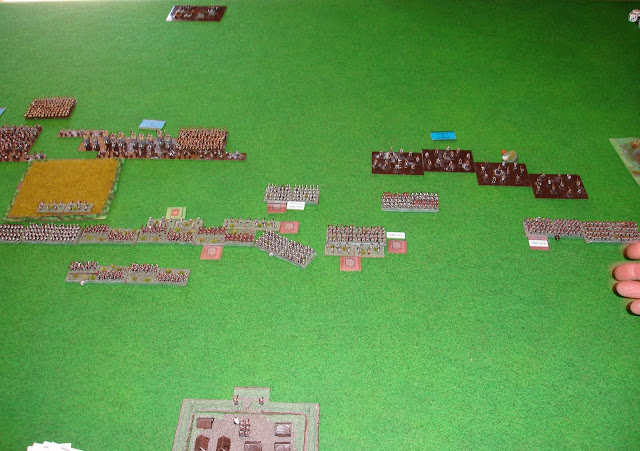 Unlike on the Roman right where Stephen is trying to insert his fingers into the fold.
(Aside: I could of edited this out, but it gives a good feel for the scale of the figures). 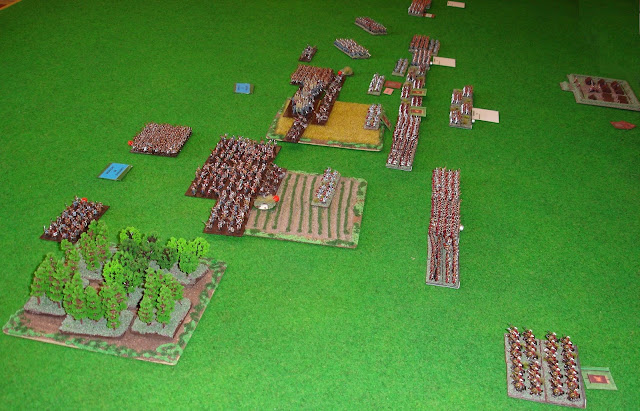 Just look at those lovely trees! 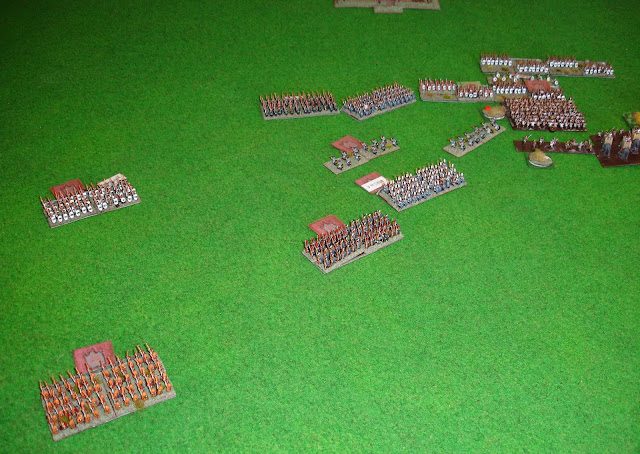 Where did they go?
After looking bad for the Romans,
the Carthaginian cavalry command moral broke.
This was their command where their commander had not been downgraded.

Attention shifts to the Roman left.
A phalanx of Carthaginian spearmen cause havoc in the Roman lines,
(far left hand side of the picture)
but the attack of the elephants has been repulsed. 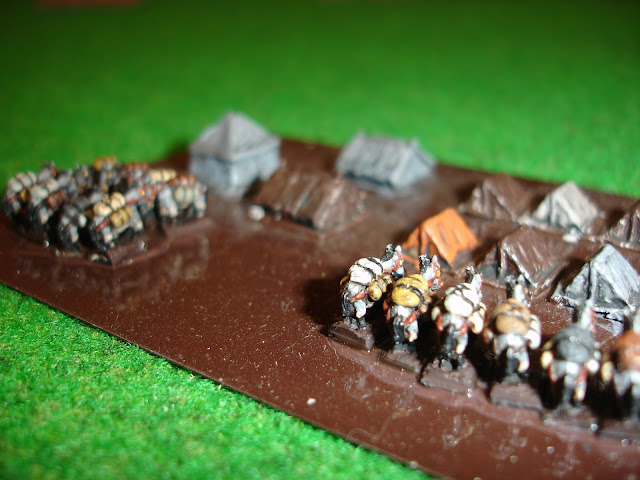 The Romans can't be seen advancing on the unfinished Carthaginian camp, but they were.
(Aside: a close up you were not meant to see,
but often a work in progress reveals the true skill of the painter/modeller.) 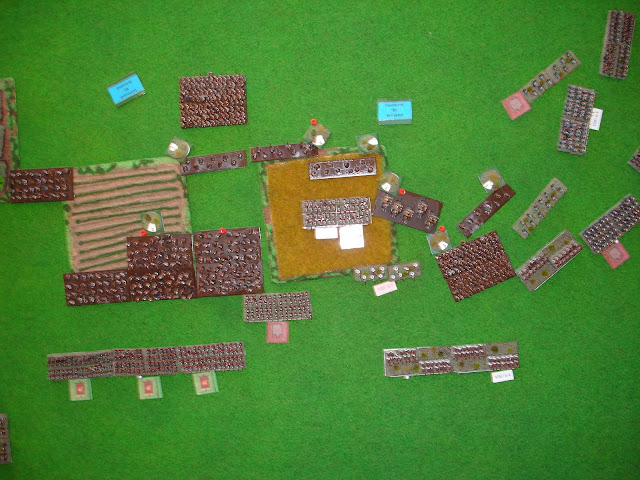 The Gauls just quite can't make it.
The Romans are lapping round the Carthaginian left flank.
It was time to call it quits.