Almost two years ago I posted Part One of this project.  All the French have now been ready for some time, it has just taken a while to catch up with Stephen to see what gaps exist with the Austrians and Russians.  Today we did that.

The Order of Battle is based on Scott Bowden's book.  I might also produce one based on Goetz's book. 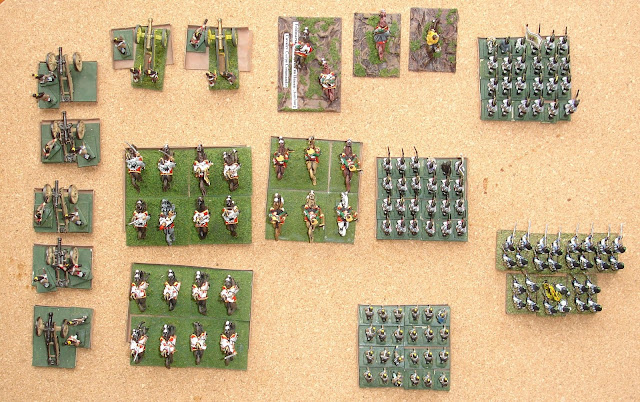 We worked on the Austrains first.
All Stephen's except the 28AsLN in the bottom right hand corner.

His infantry are pretty close to the right basing for Napoleon's Battles,
the cavalry and artillery (in some cases) less so. 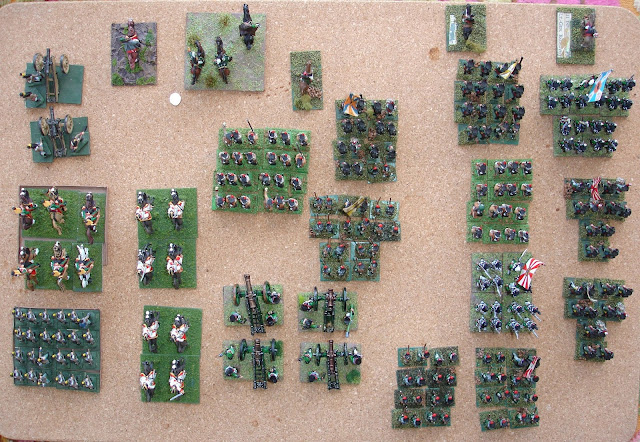 Buxhowden with the Advance Guard of Column I along with Columns I, II and III.
There are two 8AsLC units that need a few more figures. 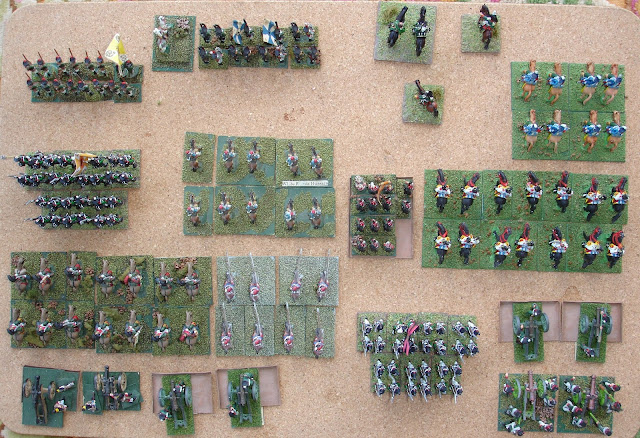 The Advance Guard and the Russian Imperial Guard.

Still have to check the classification of Voropaitzki's cavalry and arrival times of two Austrian batteries. 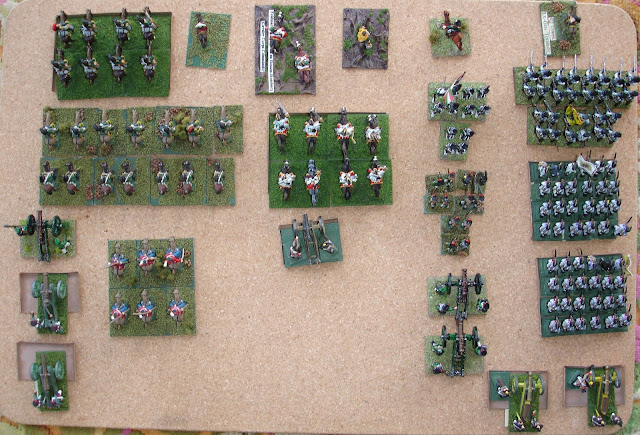 Liechtenstein with the IV and V Columns.

The other two columns making up the Allied force.
These big formations are going to be a challenge for them to manage.

We are missing a Supreme Commander base featuring Alexander.  I've just about finished painting up some replacement Austrian batteries and have some Russian Horse Artillery that I am planning to do.

It will only be the cavalry that don't conform to the Napoleon's Battles' basing and movement trays and labels will have to deal with that.
Posted by Sun of York at 12:07 PM