Last night Gerry helped me out by playing yet another game of Saga with me in order to complete this leg of the Six by Six challenge.  There is now just one DBA game to go and I intend cashing in my Father's Day present to achieve that.

The Scenario we went with was Clash of Warlords.  Sadly my Vikings were back to their old form. 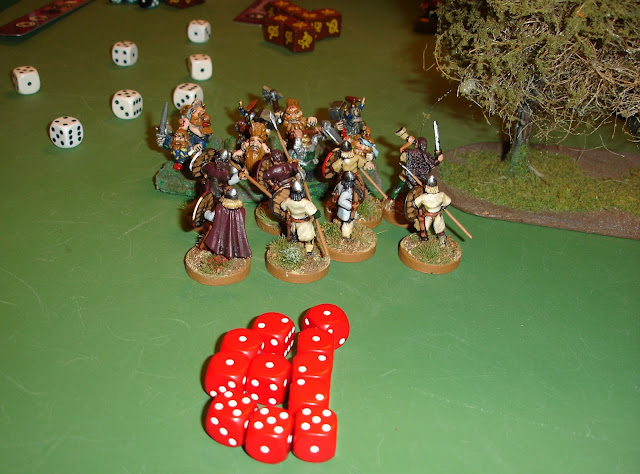 My first attack had the advantage, all I needed to get hits were 3s or better.
I lost five men, the dwarvish Scots just two.

My attempt to get ascendancy on my left was a failure.
However I was happy with overall deployment. 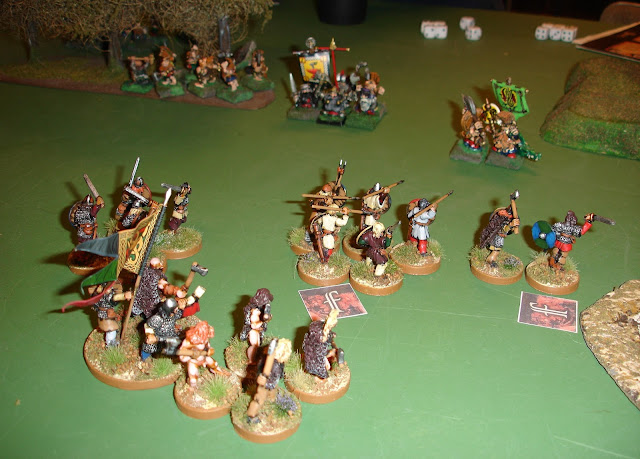 Then I launched three attacks on the right.
All were beaten off.

I regrouped ready to attack again. 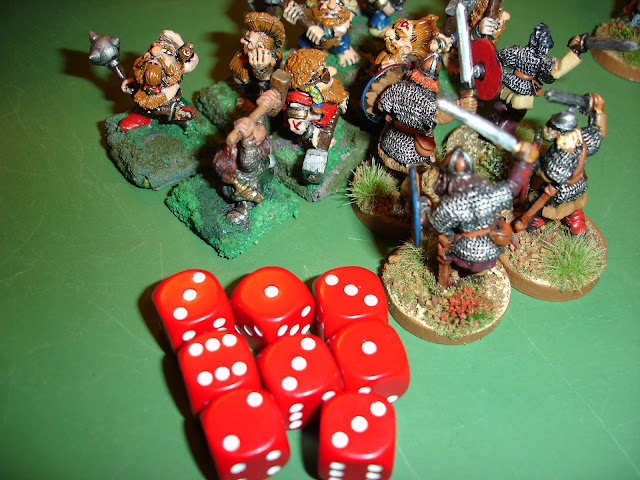 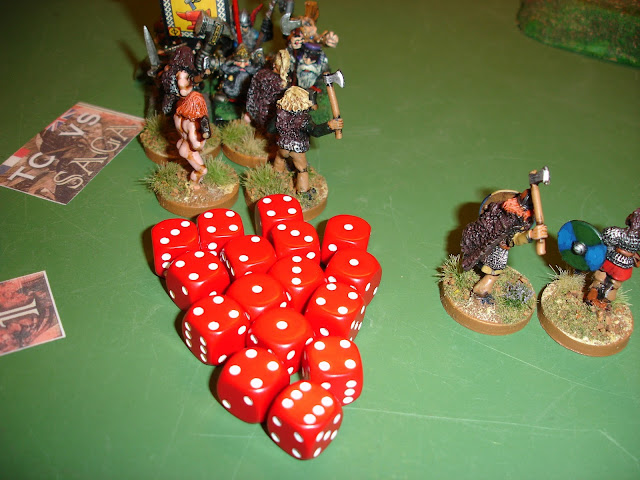 In frustration I sent in my berserkers.
It was a bad move but I was sure I would get a few 5's or 6s.
I got one. 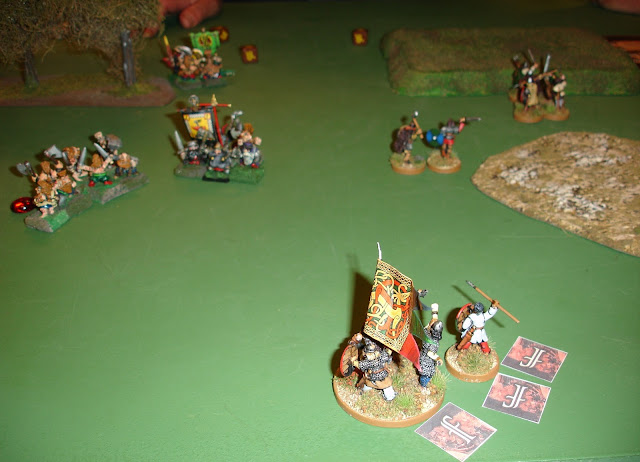 Then I was down to my Warlord.
Luckily I had remembered the Ullr ability that allows my army to reroll misses on the attack dice.