In order to complete my Six by Six challenge I had to cash in my Father's Day present, that being that my daughter would play a game with me.  Maybe I should have picked something engrossing like War Between the States or at least Ligny, but no, it had to be DBA.

I took my old Tin Soldier Hellenistic figures to make two armies, keeping things simple.  Daughter got off to a good start when she asked me if I painted them.  I said yes.  She said she was very impressed.  Hurray, maybe the army will live on after I'm gone. 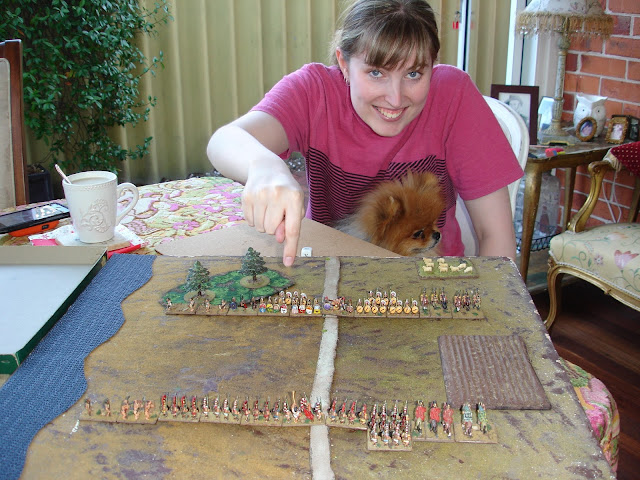 The opponent with her helper, Ulysses.
Yes he's a dog, but Gods do those disguise things. 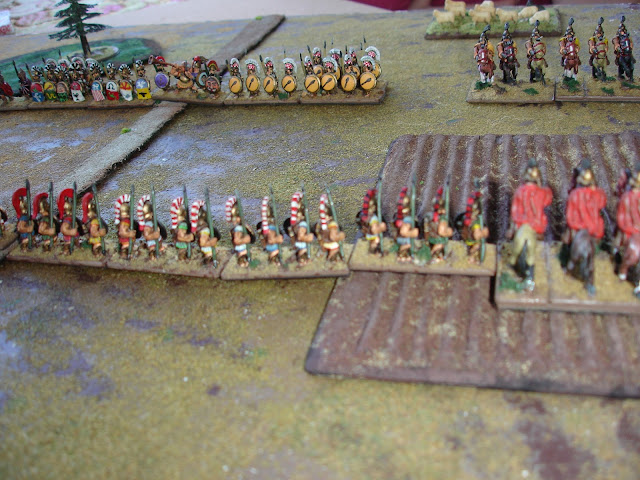 Rather boring linear set up, but DBA 3.0 gives a lot more control over terrain - or not.
If I recall correctly DBA 2 terrain set up was a bit less restrictive. 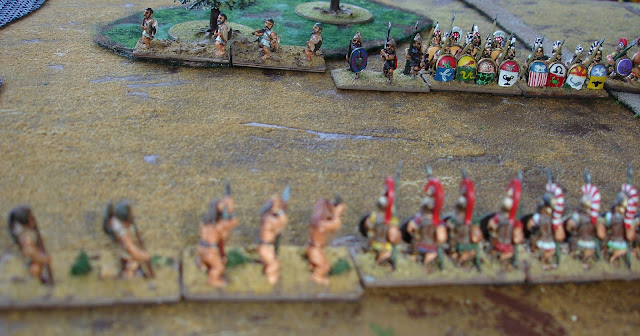 We are closing in,
employing the modesty blurring for the naked fanatics (Auxilia - Galatians hired by Athens). 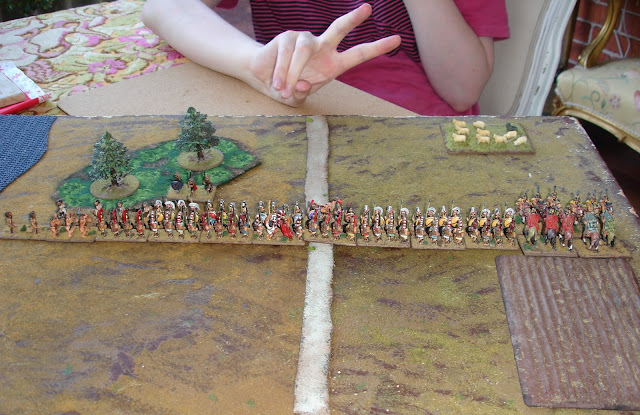 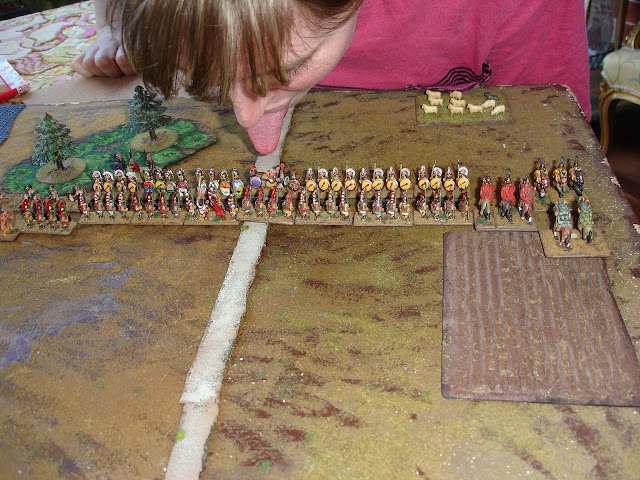 The Gods are meant to look on, not lick on.  Whatever... 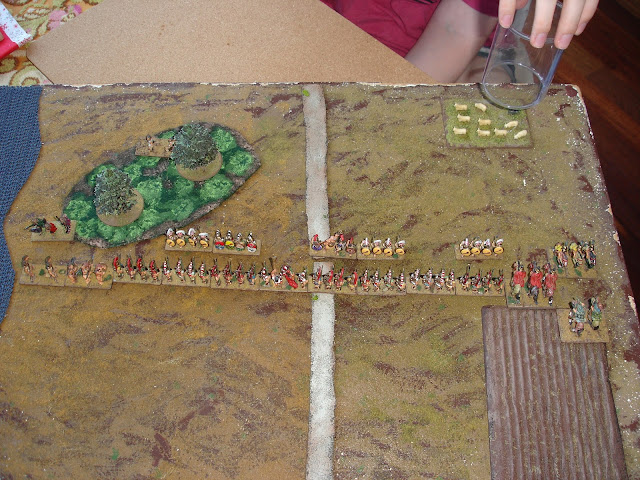 I won.
Daughter is claiming the new dice cup is actually a teleport device to transport her camp to safety.

And so finishes 2017 and the Six by Six challenge.  Phew, that was close.

Nice finish as I started the challenge with a Supplementary Six by Six game of X-Files with my daughter (post).

I had stretch goals (unrelated to Mark Woods):

HotT was almost a win.  Could of done the chariots...  Sigh, John Carter.  But I think I did get in some Napoleonic Naval.

I even set myself some Honourable Mentions:
I achieved all three.

But the highlight of the year was none of these, it was playing War Between The States.  Thanks Simon!

Big thanks to Kaptain Kobold for running the Six by Six.  Wouldn't have happened without him.
Posted by Sun of York at 8:38 PM