Finally my Vikings get a win.  With this scenario it paid to go first and get an early victory over the enemy. 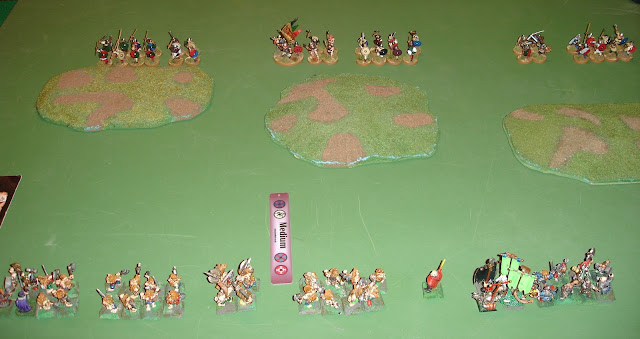 The Vikings moved up to the sacred hills, but did not dare set foot on them. 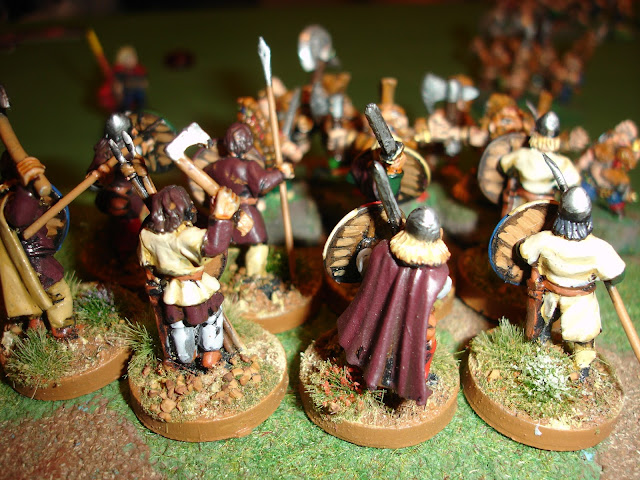 But when the Scots trampled on the sacred ground, the Vikings attacked and flung them off.

The Vikings were then in a very strong position, points wise,
having all their men up on the hills. 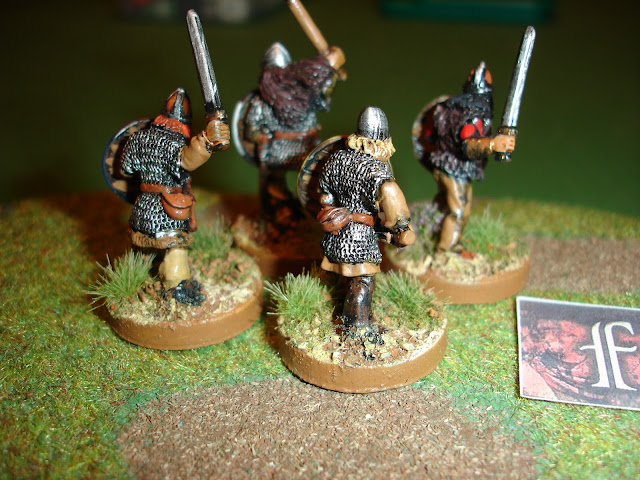 The Scots had two units left and sent them in.
The Vikings repulsed them after some hard fighting. 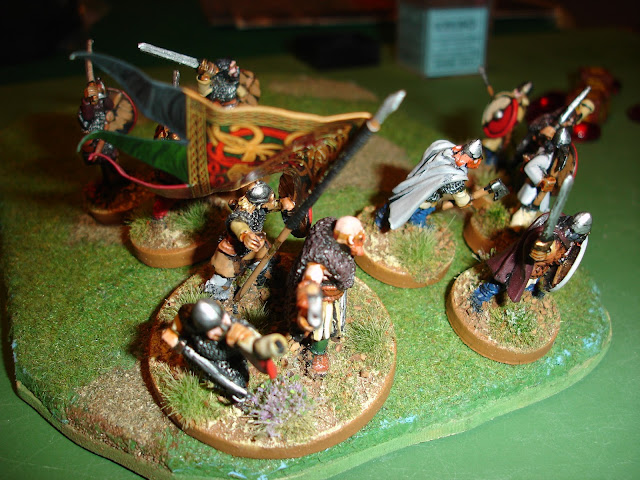 While the centre hill had to be abandoned,
the Viking Warlord still got to celebrate a victory.

This is the first victory for my Saga Vikings.  Also the first time I can recall playing this scenario.  Also first time not using the levies.