I decided to do a post on this project, rather than put all the leads into my projects' spreadsheet (where I normally "bury" my "good ideas" to allow me to focus on current projects).

The other week a chap called James posted in the Yahoo Megablitz group a file that is translation of  GDWs "Armies of World War 2" TOE book to Megablitz TOEs.  Wow.  I was hooked and immediately started digging out my 1/76th and 1/72nd scale figures and kit to see what I could do.

Many years ago I took a packet of ESCI Alpini troops and made up a company for Crossfire.  Since starting this post I have discovered they have already been the subject of a post back in 2014. 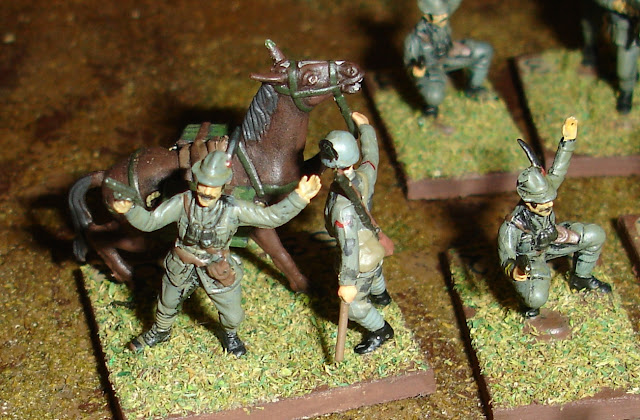 A close up of the captain,which I had failed to mention in my original post was a conversion from the kneeling figure on the right. 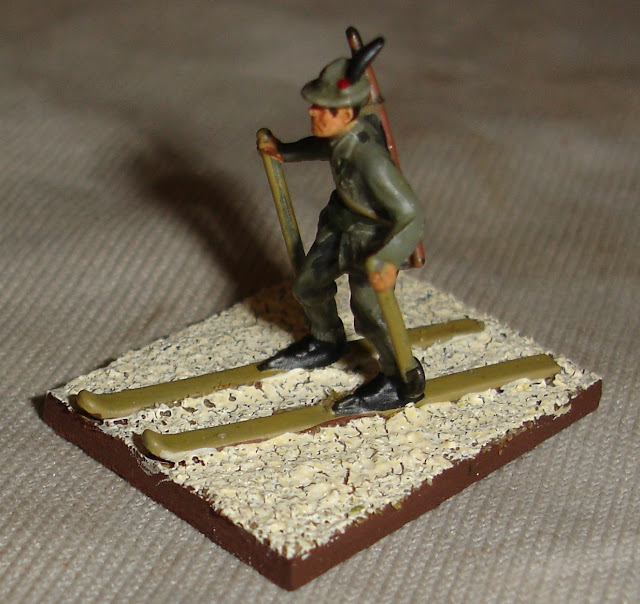 Perhaps a white edge to the base would improve the snow effect.

More pics of them can be seen in the original post here.

Some time back had had settled on using Crossfire's basing, but in metric - 15mmx30mm for single figure, 30mmx30mm for squads, company commanders and heavy weapons.  I had then expanded this in increments of 3cm to incorporate larger antitank guns, AA guns and artillery etc.  Like with my 15mm vehicles, I have still not committed to basing trucks and tanks.

While I have a lot of stuff languishing based for Command Decision (basically two figures on a small base) and that I will change over, particularly where the basing was not completed, my excitement has culminated in seeing what I can do of the Alpini Division.

Troops were no problem, just six bases will do fine to represent the six battalions (in fact I now see I have enough to do two divisions - of course I think there were actually three deployed to Russia).  The command stand can do for the HQ (although the mule is a bit redundant).

I have enough spare pack mules (two) to do the supply base.  For the attached AT gun battalion I have this, purchased along time ago and untouched: 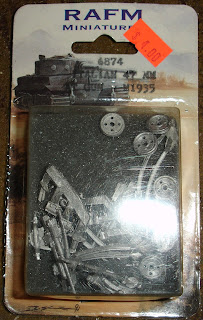 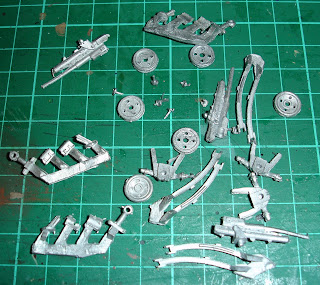 And I can see why they were untouched - they look decidedly fiddly. 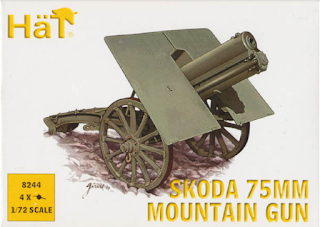 I reckon the HAT Skoda 75mm Mountain Gun will do perfect for the 75L13 Mountain Gun to represent the Alpini Artillery Regiment. 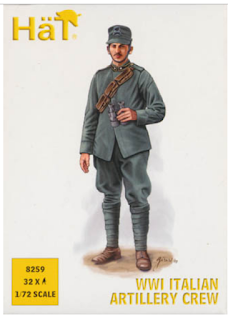 If I can get some of these they, maybe with some head swaps, will do nicely for crew.  Depends on how they compare size wise with the spare ESCI figures I have (some of which could easily convert to gun crews). 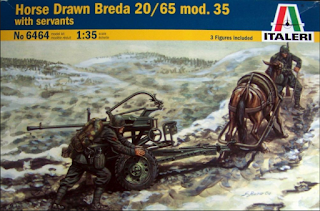 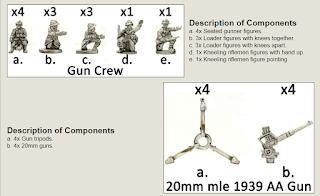 The Flames of War, wrong scale of course, model might give me some ideas.  Gun Crew figure a. is perhaps a good starting point.

But maybe I just need to buy my way out of the problem:
http://earlywarminiatures.com/product/20mm-oerlikon-antiaircraft-gun-with-3-dutch-crew/

Then there are the limbers.  At least the box art for the Italeri 1/35th scale kit gives an nice example for the AA limber.

I have also just seen that Waterloo 1815 do an interesting range of Italian WW2 figures.