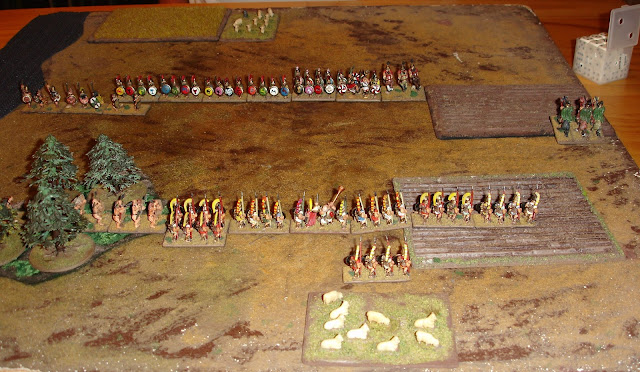 Stephen has the red Hoplites in the distance. 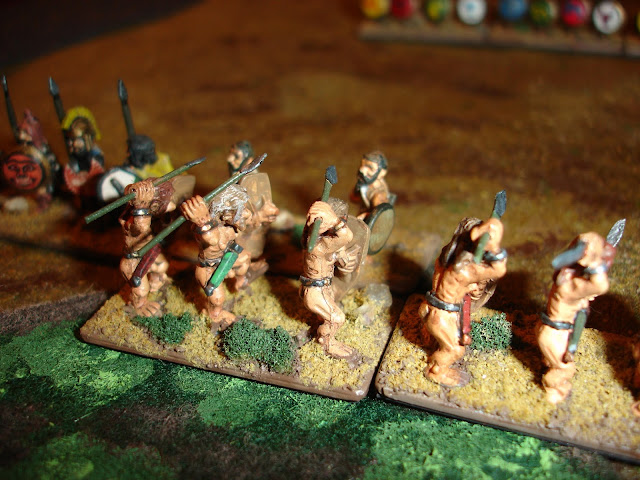 I have some Gauls heroically acting as peltasts. 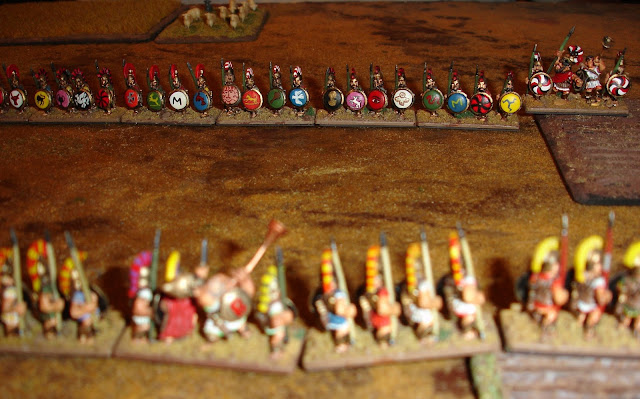 Can't focus on everything. 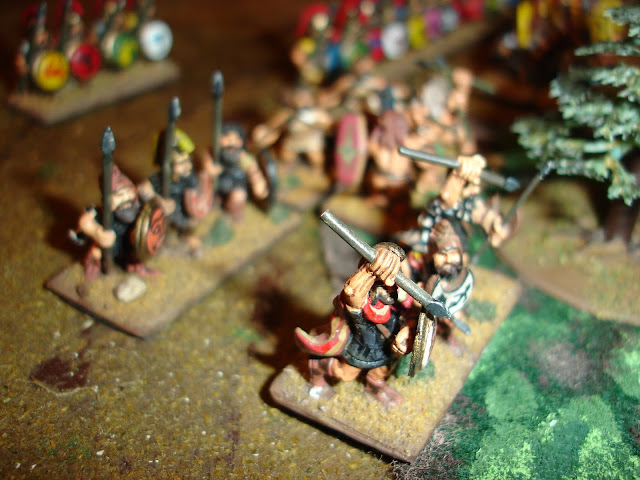 Thracians.
The twisted wrist of the Tin Soldier peltast clearly visible in this shot. 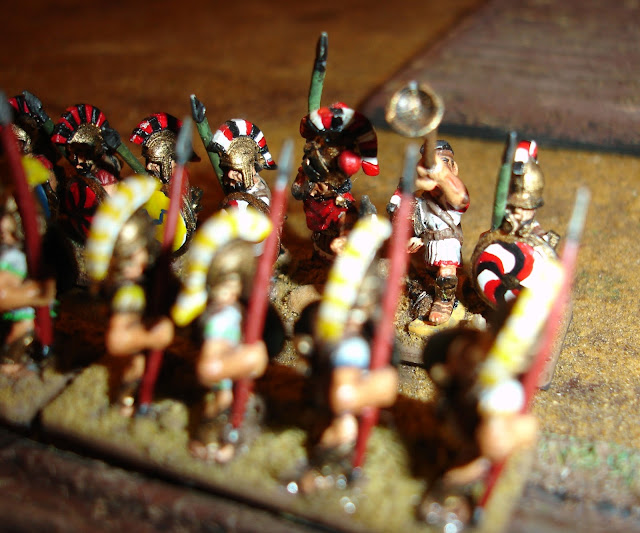 Twice I almost had the enemy general. 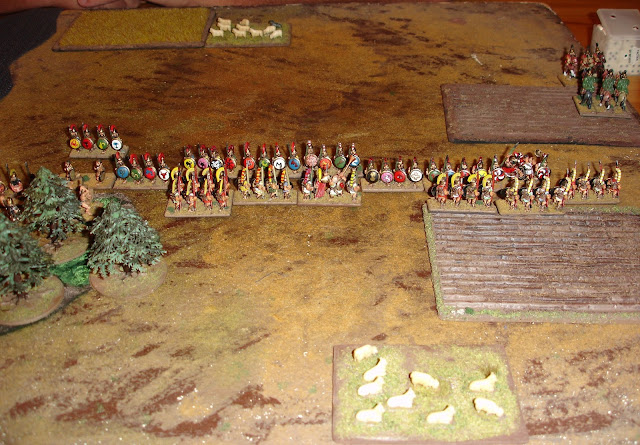 But things were not going well. 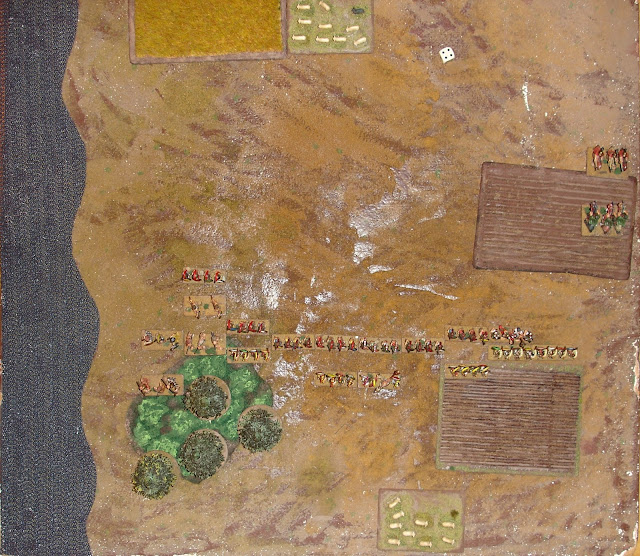 I ended up four down to nil.

We used DBA 3.0 which I'm still coming to terms with.  Not that excuses the woeful performance of one of my armies.
Posted by Sun of York at 8:54 AM