As part of the Austerlitz project I decided to provide some Austrian artillery, specifically done and based for Napoleon's battles.

This is what I was able to make out of one packet of Old Glory Austrian artillery.
Four As12# and six As6#, but guns for only six at a time. 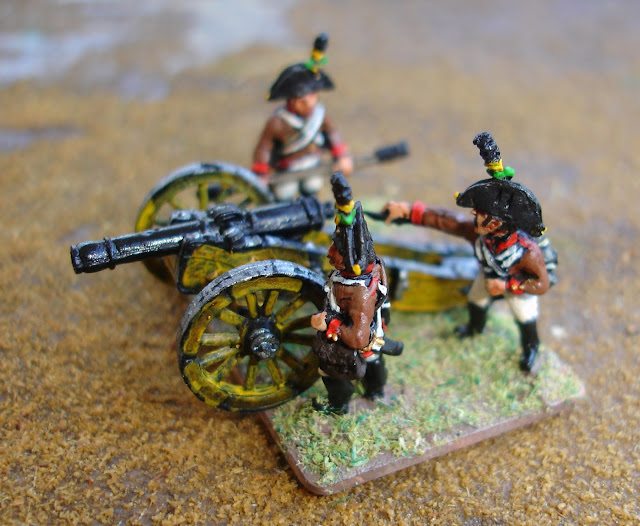 I really enjoyed painting the crew,
although the artillery pieces themselves were a chore. 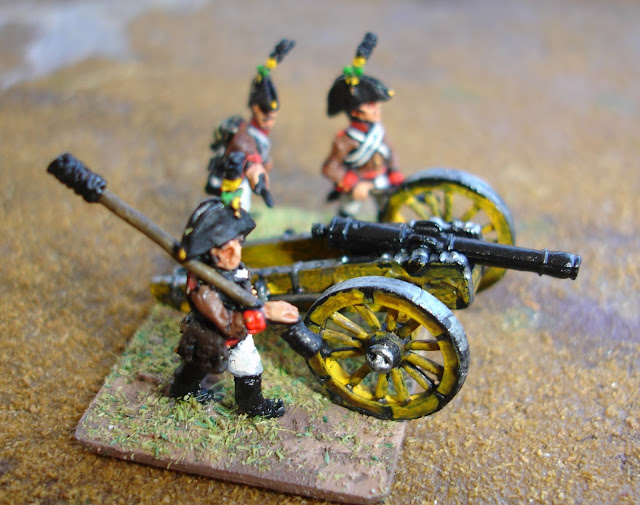 I was concerned that getting a suitable brown for the jacket would be a challenge,
but was very lucky to immediately hit on VJ Beige Brown 70.875.
Over it I put a Citadel wash, the same one I use on the flesh. 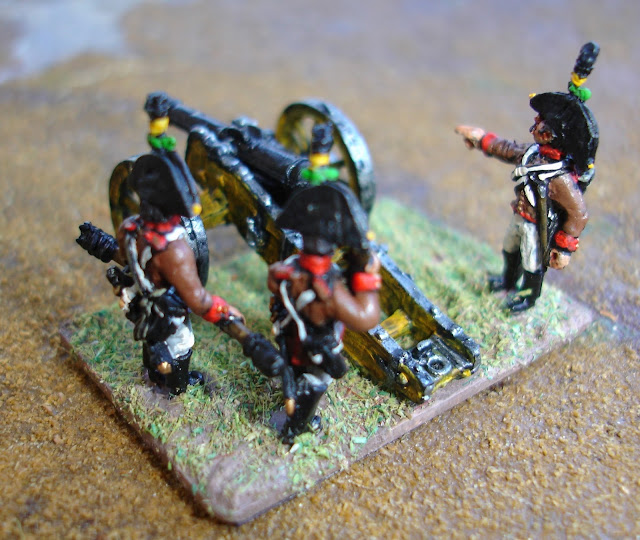 The different kit worn by the gunners was a bit tricky until I worked it all out. 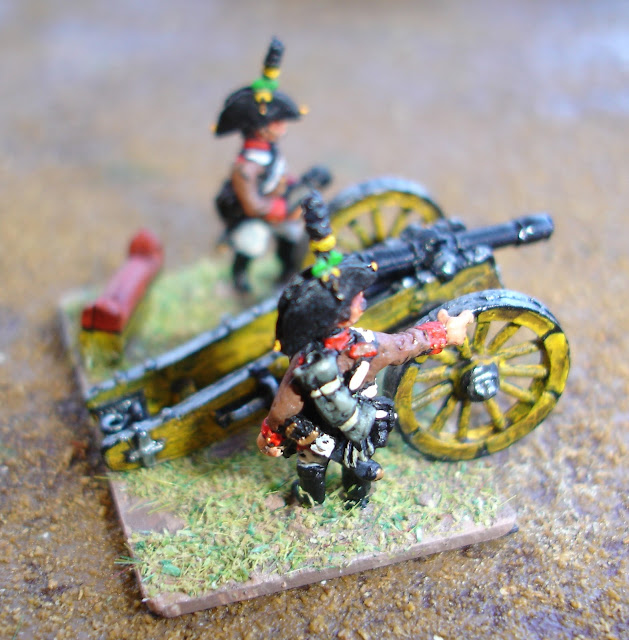 The gunners' seat I've added to the AS6# batteries,
rather than let them languish in the spares bucket. 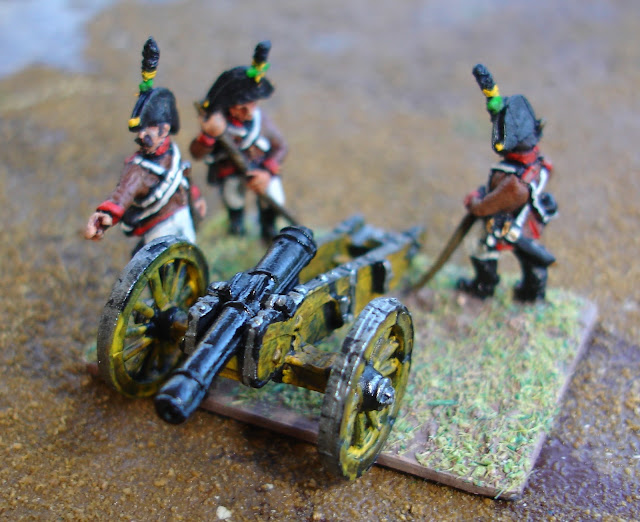 The gun carriages are in Jo Sonja Deep Yellow with a black wash over the top.
The trim is VJ Oily Steel and the barrel Tamiya Semi-Gloss Black. 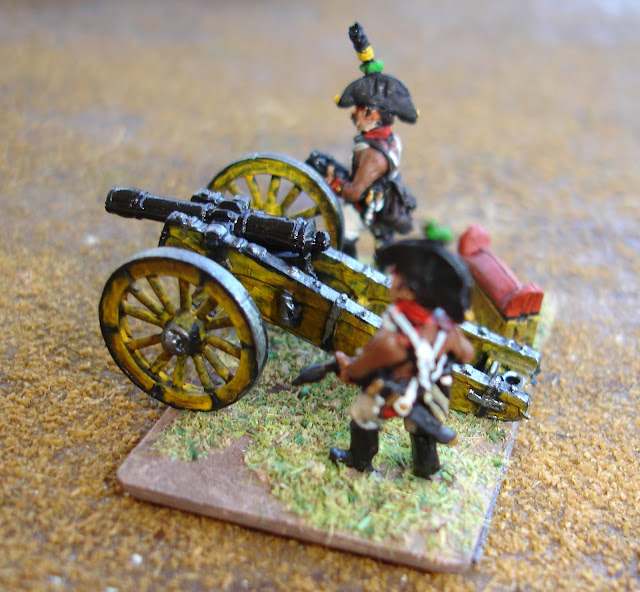 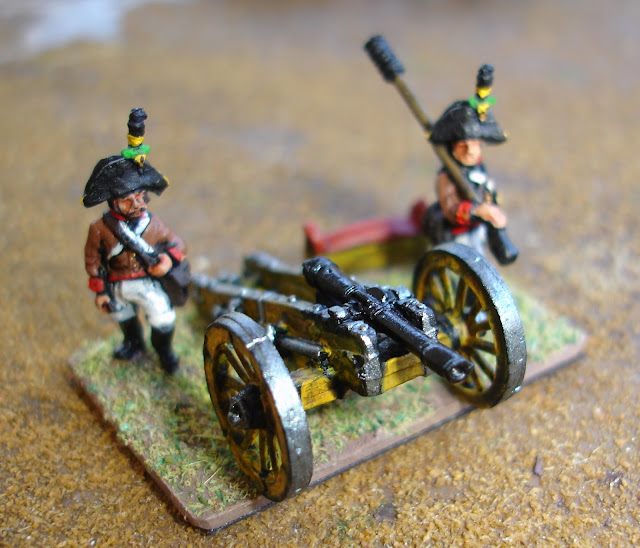 I tried something different for the wood, settling on VJ Khaki Grey with a black wash. 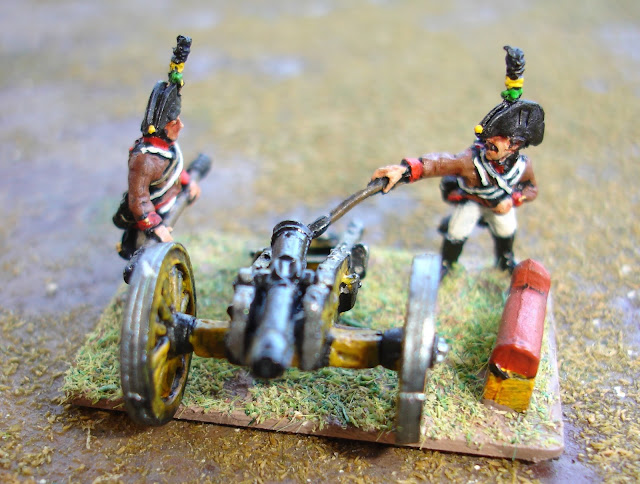 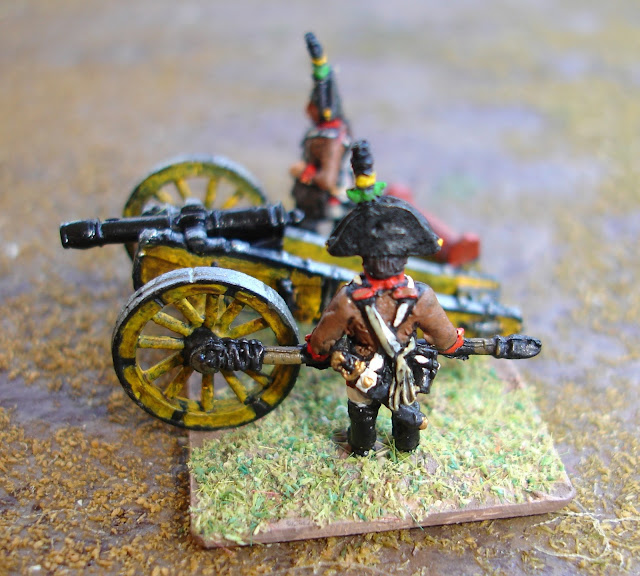 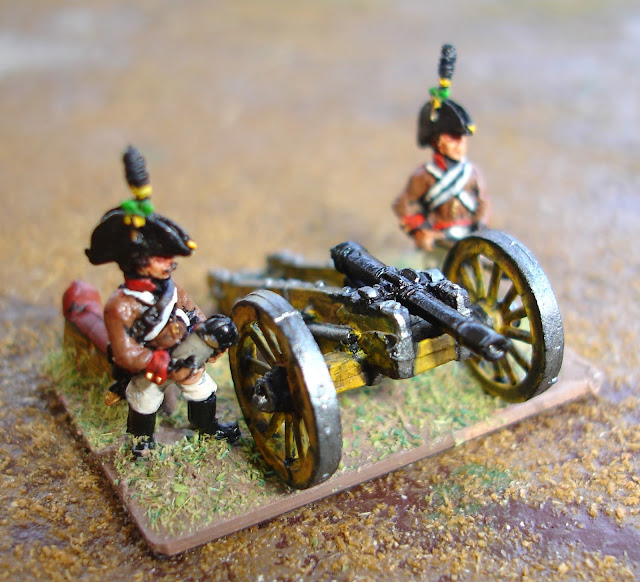 So, I was very happy with these guys, hence the amount of photos.

The trouble I had with the guns was holding them to paint.  I ended up sticking one end in a peg and that worked okay, but not perfect.

Next up, Russian Horse Artillery.
Posted by Sun of York at 3:47 PM