Yesterday, along with Mark B and Stephen N, I participated in the ANF's refight of Jena.  I was Soult and this post is very much my segment of the battle.  Mark B was Lannes and was very busy.  James was the other French player.  The Prussians were Mark W, Julian and Stephen. 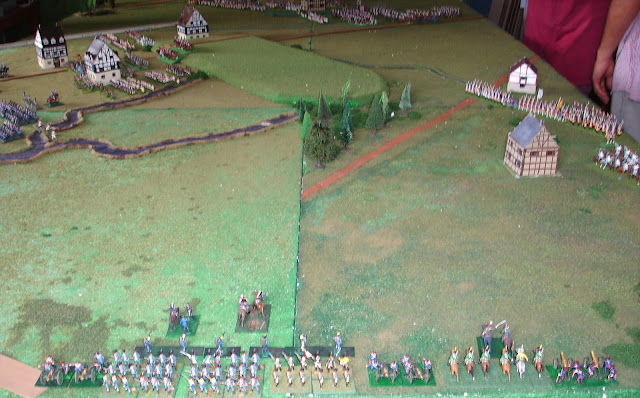 Starting positions.
I had eight battalions of infantry, three regiments of cavalry and five batteries.
You can see part of it already on the table at the bottom of the photo. 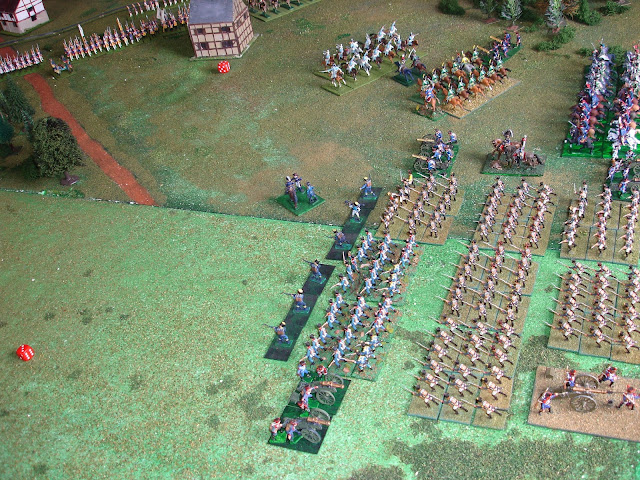 And here is all of it about to receive a charge from some Prussian cavalry. 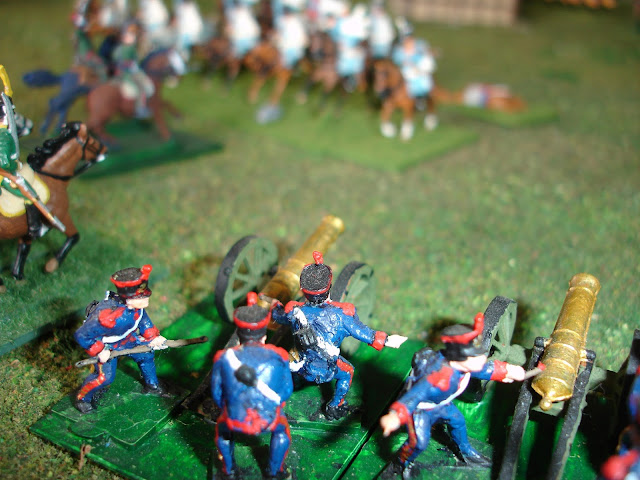 The Horse Artillery attached to my cavalry division caused a lot of damage to the Prussian cavalry. 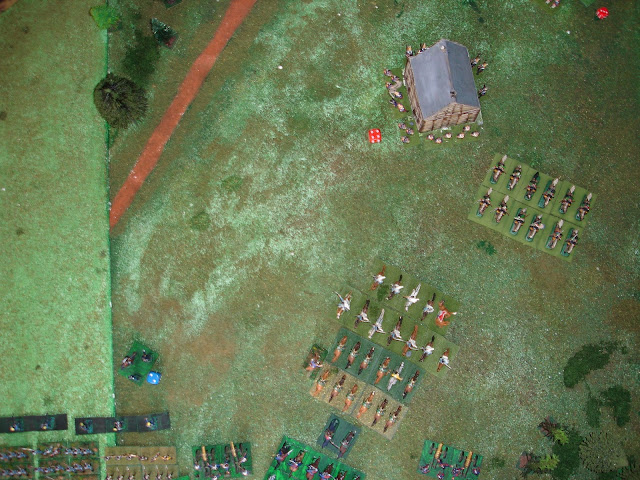 In they went.
I have to say melees really benefit from being marked with cotton wool to give them some gravitas.

The Prussians occupied Neckowitz (I'm guessing that was the name of the village, my map is very black).  However they pulled out shortly after. 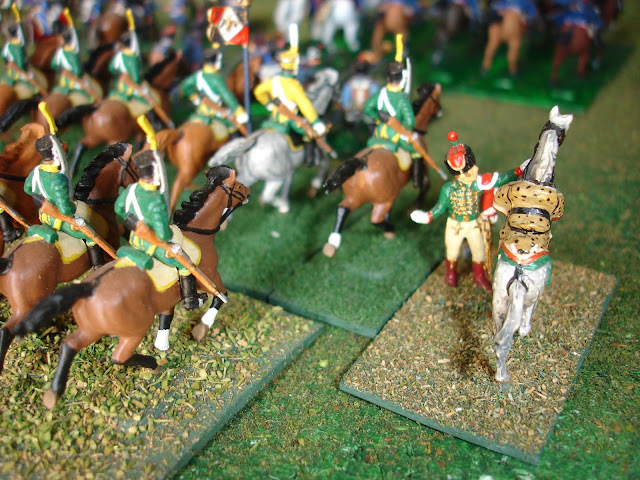 My cavalry won and was pulled back to recover.
I do like using special figures to denote unit status. 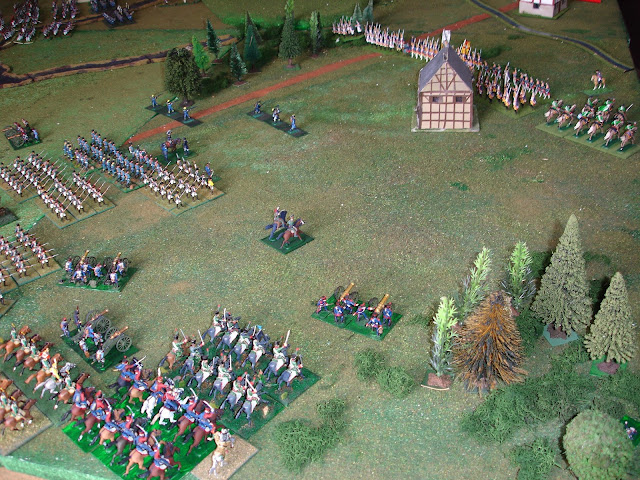 I was lucky that time and was able to beat them off.
Meanwhile my infantry was advancing on the other side of Neckowitz. 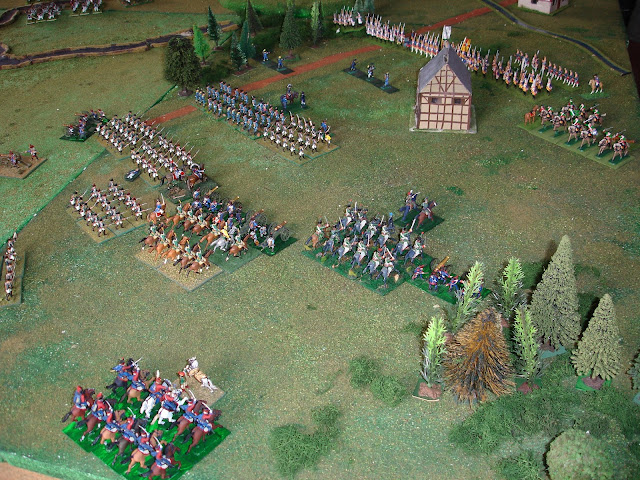 The Prussian cavalry has rallied, but is about to be obliterated by French artillery.
French skirmishers have started to engage the main Prussian force that I am facing. 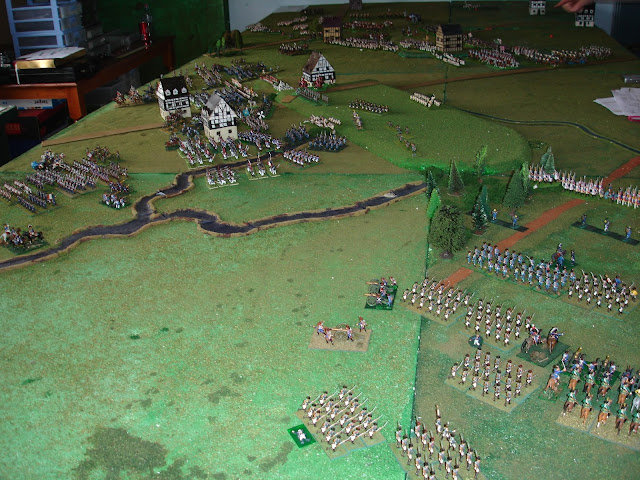 A bit of the bigger picture.
I am very much a self contained corner of the battlefield.
Lannes has smashed the Prussians he was facing over on my left. 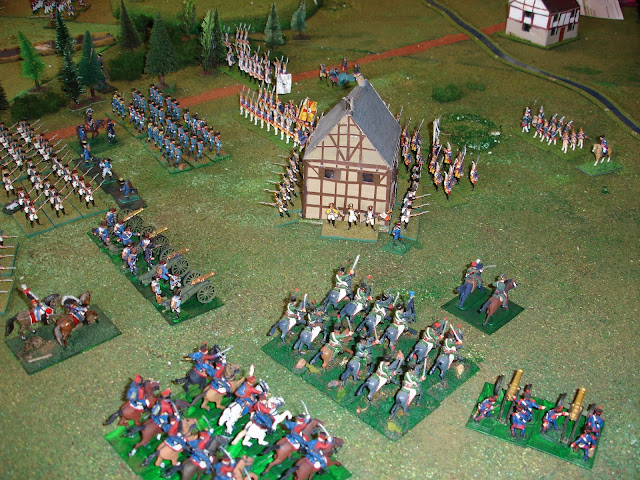 I pushed a battalion into Neckowitz.
The Prussians then advanced aggressively,
except for one battalion that was left covering their rear in square. 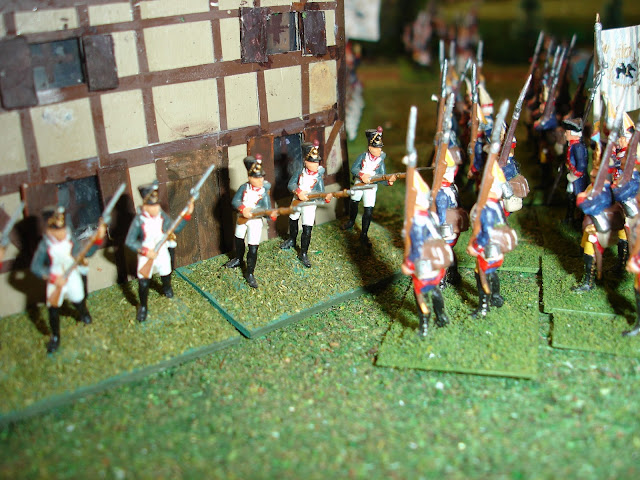 The Prussian grenadiers made short work of the French defenders of Neckowitz. 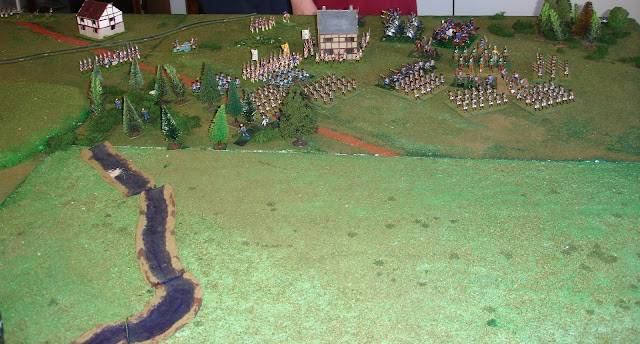 On the Prussian right my troops routed their battalion.
In the centre my guys kept getting pushed back.
Artillery was being used to blast the Prussians out of Neckowitz. 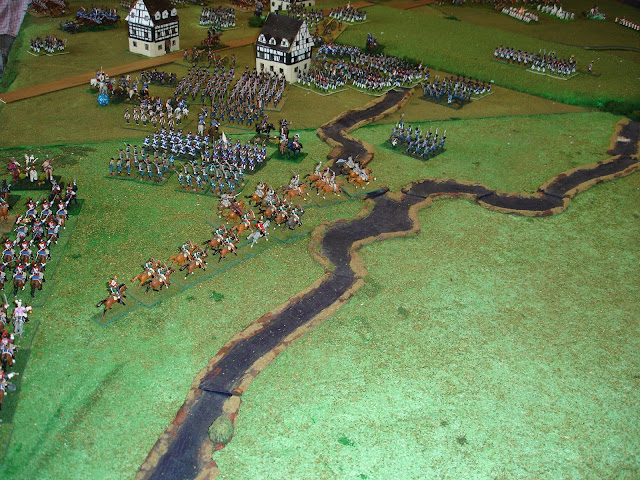 Just to give some context, to the left of my engagement,
the French are surging forward. 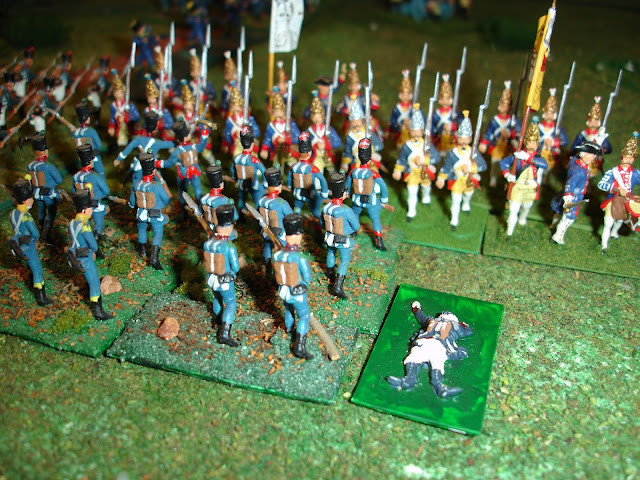 Again we attack, but get pushed back before we can close. 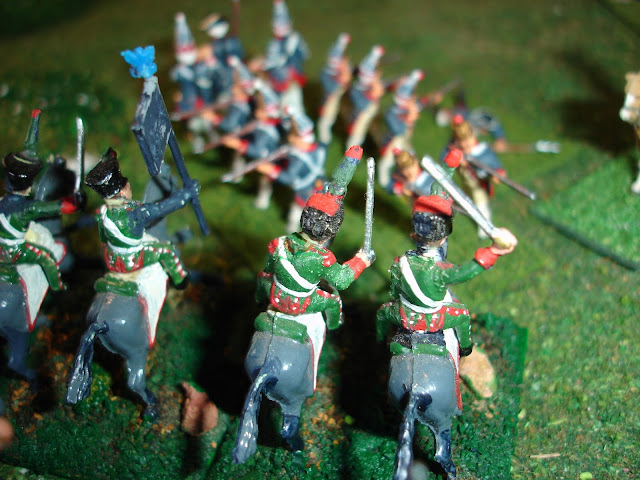 The Prussian square suffered from artillery fire and the rules insisted it be charged.
I threw a six to the Prussian one.  Victory! 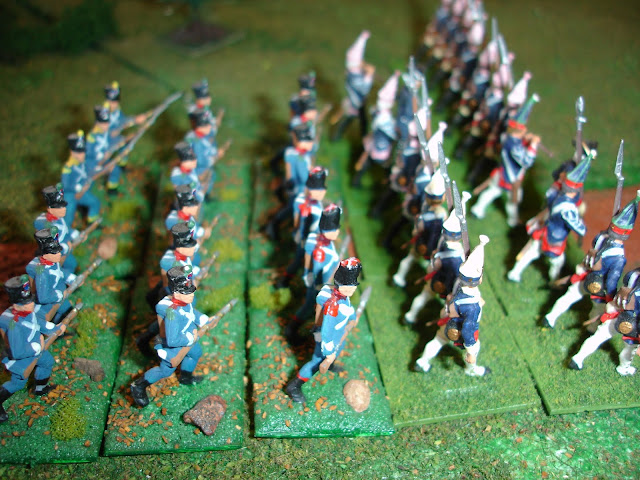 And my troops were able to follow up into the backs of these fleeing Prussians,
destroying yet another enemy unit. 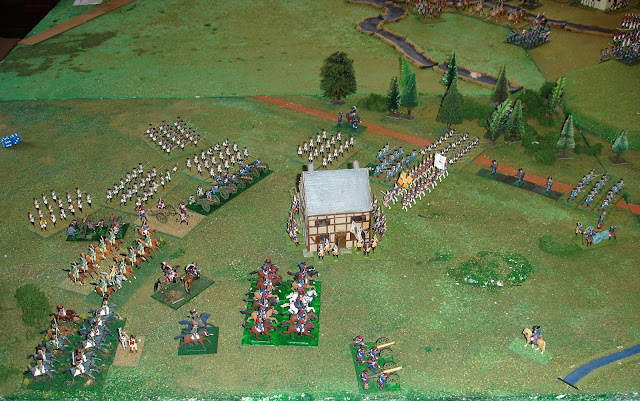 The Prussians have two battalions and a battery left,
but then it became time for us to brave the kangaroos and go home.
The Prussians had passed their morale test and so were in for some more punishment.

These big games are lots of fun and the visuals very impressive.  Shako is not my preferred Napoleonic rules and I'm now worried that I will be researching a Napoleon's Battle scenario for this battle.  I think I will need to obtain some better publications first (my Petre book coming a poor third to Napoleon's Apogee: Pascal Bressonnet's Tactical Studies 1806 - Saalfeld, Jena and Auerstadt and Jena Auerstadt: The Triumph of the Eagle by F. G. Hourtoulle).  Might be a late request to Santa coming up.  However I can't see myself sourcing Prussians in bicorns, although I do have one unit so attired that is not yet painted.

Big thanks to the ANF for organising this game and for their hospitality.
Posted by Sun of York at 5:07 PM