We now get to the phase when Stalin issues his "not one step back" directive (Turn 8). 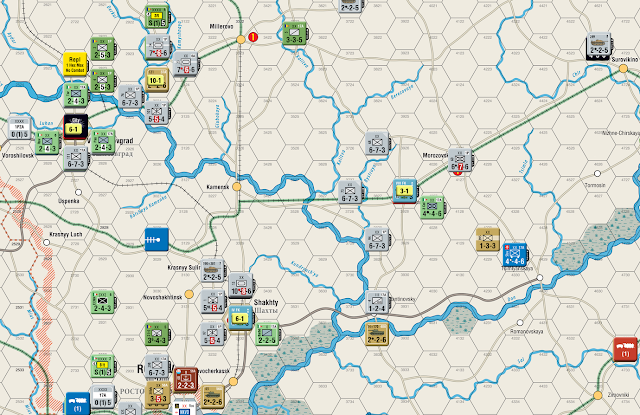 Only four attacks.
Are the Axis running out of steam
or has the Soviet presence disappeared? 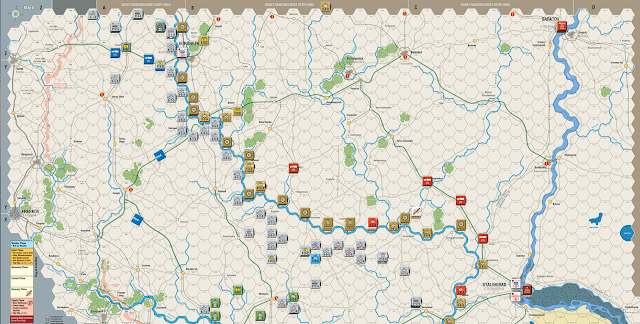 The Soviets are safely behind the Don river,
north and... 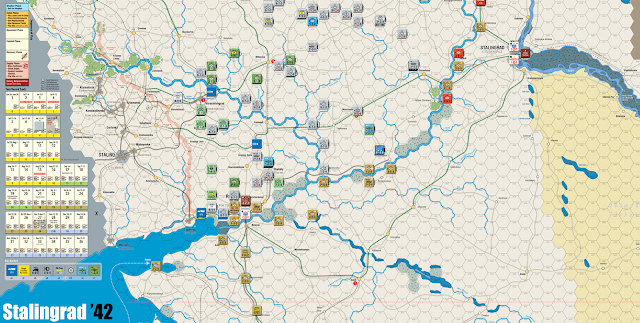 South.
For those with eagle eyes and a bit of x-ray vision, it is the Germans that are now closest to Stalingrad, specifically the 1st SS Reichsführer (RF)  Brigade. 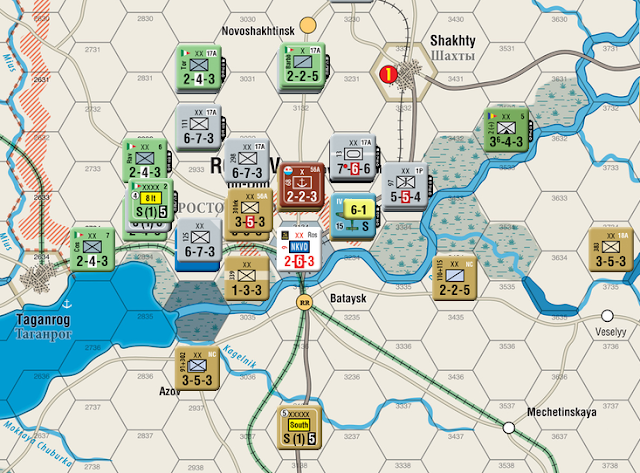 On Turn 8 the Axis make their first attack against Rostov. 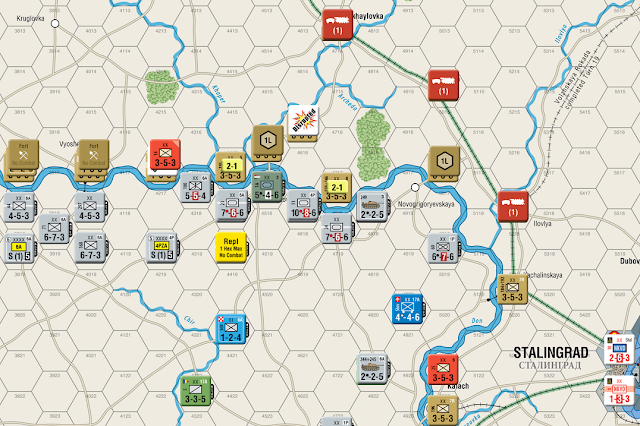 They take a gamble and attempt to cross the Don to the north west of Stalingrad. 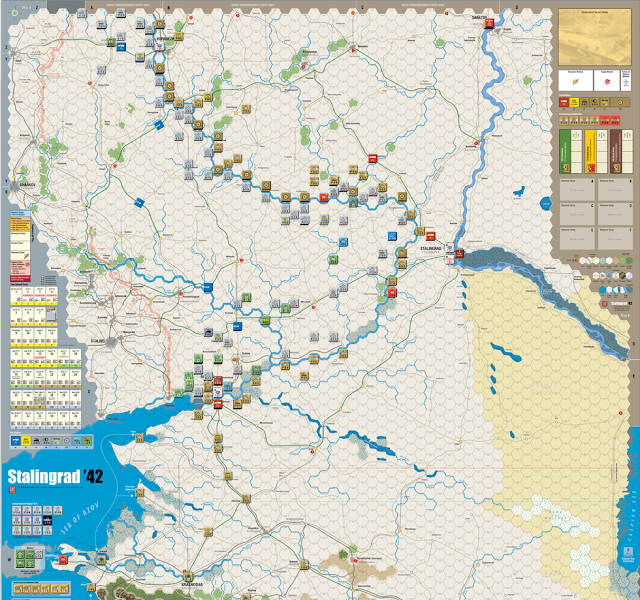 They took losses, but are now across the Don in force.
The Soviets have rushed troops to try and stop any exploitation.
As can be seen there is a lot of territory going begging to the south.
The Axis have held off crossing the lower Don as they know it will trigger the release of Soviet forces in the Caucasus.  A bit gamey, but the Axis will not be ready to cross until they have taken Rostov. 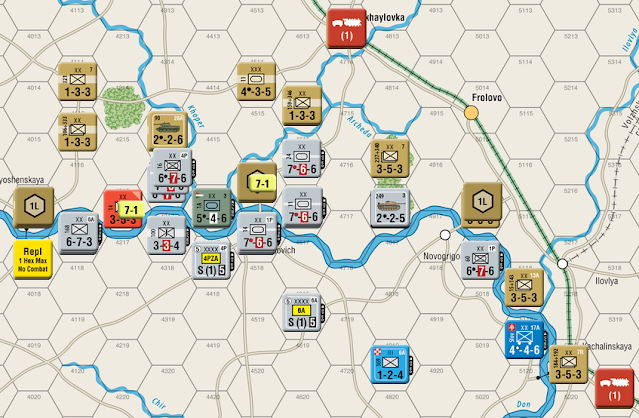 On Turn 9 (29 July to 1 August) the Axis concentrate on securing their bridgehead. 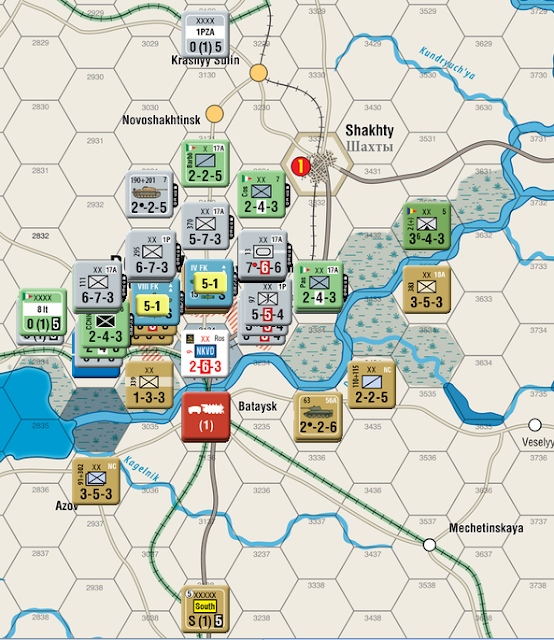 As well as increasing their attacks on Rostov. 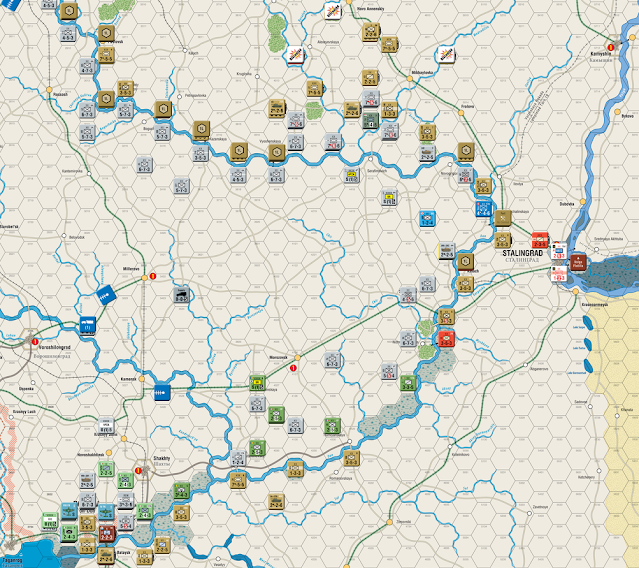 The big picture in the central region where all the action is, end Turn 9.
The attack on Rostov met with partial success,
the Don bridgehead looks impressive,
except that the three lead armoured units have to be withdrawn next turn.
The Axis have been able to interdict the rail line near Stalingrad
which links the north to the south.
It is the north where the bulk of the reinforcements originate.
The Axis have 6 VPs at present which is exactly how many they should have by Turn 10. Automatic victory occurs if there is a difference of 6 or more.