Enemy at the gates. 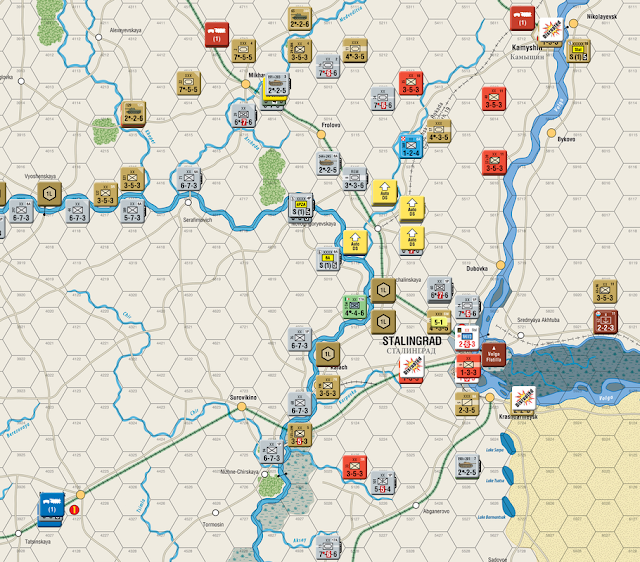 The Axis have reached Stalingrad.

And are also well over the southern Don.
The German 4th Bicycle Regiment is off on a tour of the Kalmyk Steppe. 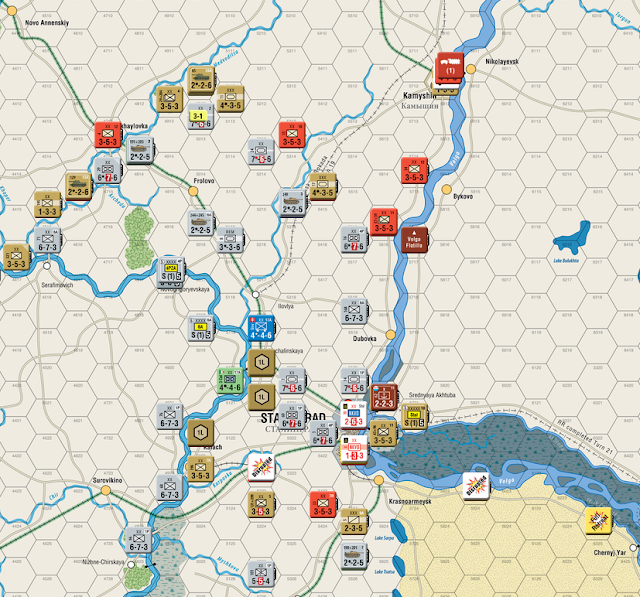 The Soviets attack south hoping to drive the Axis back. 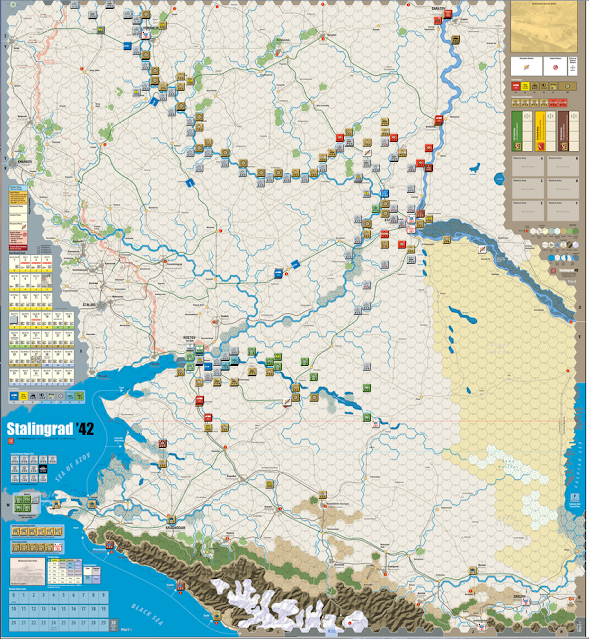 That is the full playing area. 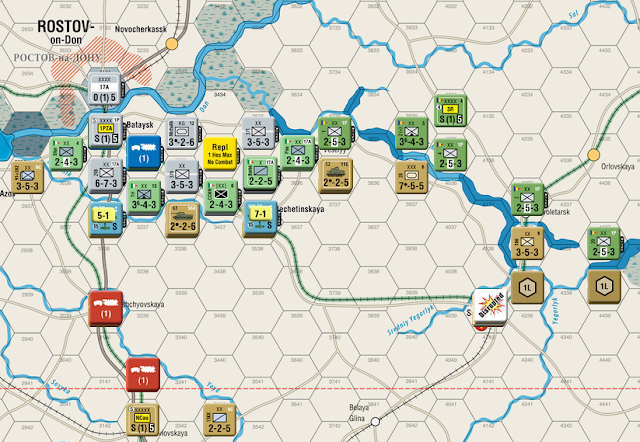 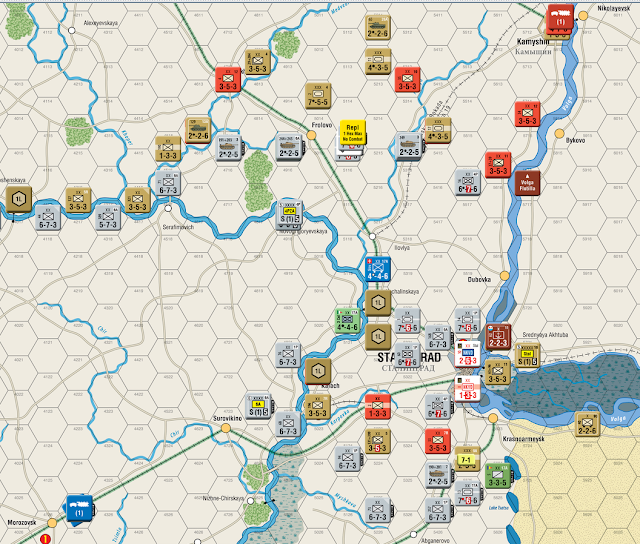 The Axis have trapped significant Soviet forces between the Don and the Volga. 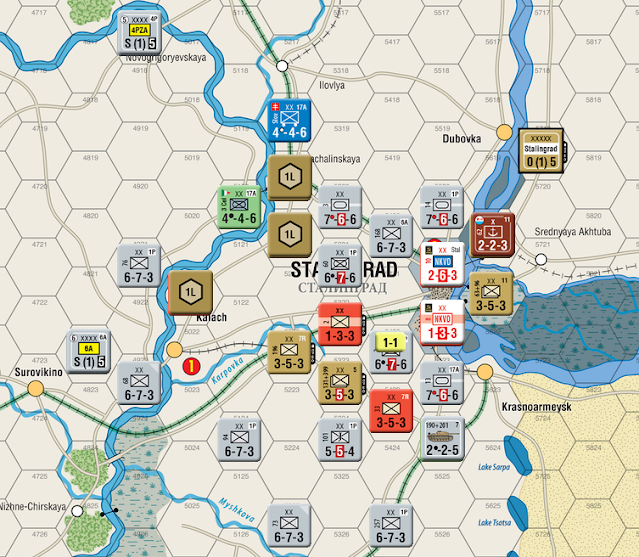 The Soviets try to get back to the safety of Stalingrad. 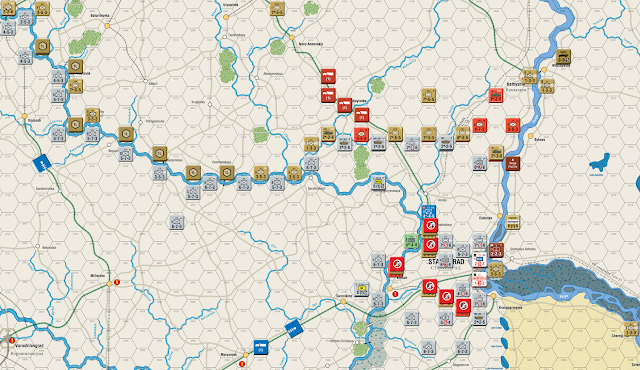 The Stalingrad front is certainly interesting.
Will the Axis have enough troops to attack the city and
at the same time as face off the Soviet build-up to the north? 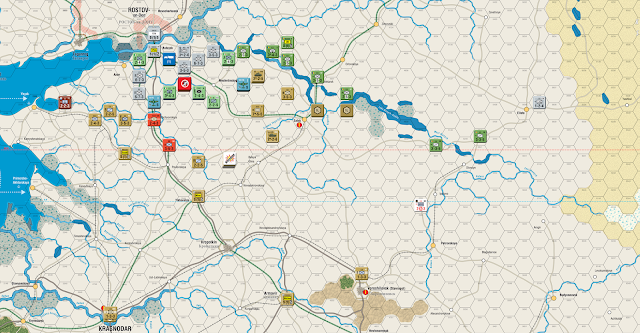 But down south it is just a matter of having a few troops too few!

The Axis are concentrating on destruction of the Soviet forces,
rather than rushing off to capture territory.
That 10:1 attack alone is going to pocket significant Soviet forces. 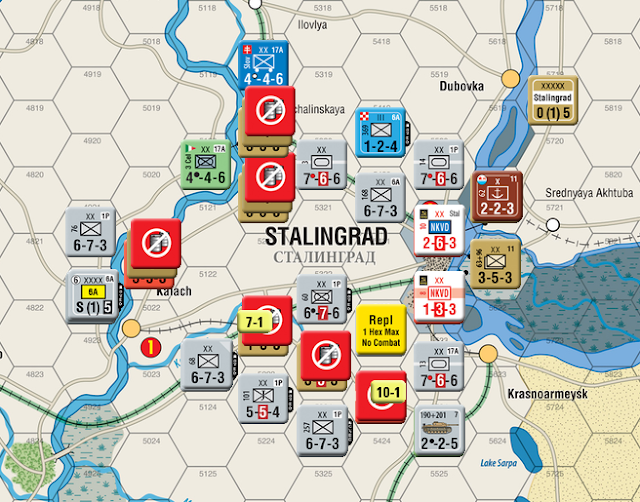 Again the Axis focus on what they can destroy, rather than making a massive number of attacks.
Massing against weak targets is also saving artillery supplies
and allowing railroad repair to catch up. 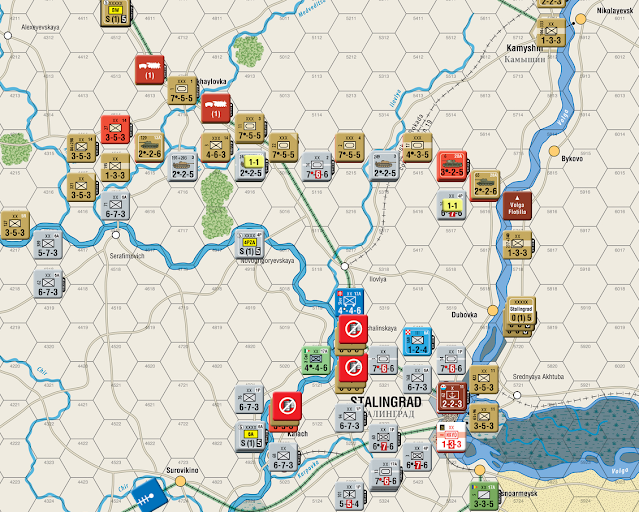 Two Soviet attacks this turn.
Is this the start of a major offensive or just an attempt at a distraction? 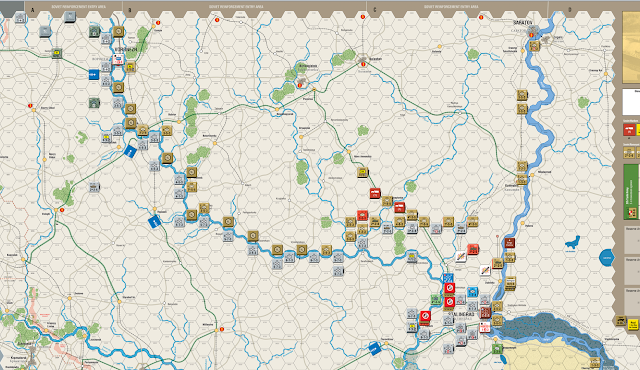 The constrained Axis attacks have allowed them to apply resources
to fortifying the Hungarian 2nd Army position (top left hand corner).
The Soviet attacks towards Stalingrad had some success.
A very tricky situation for both sides.

In the south the Soviets are trying to occupy VP locations.
The Axis are focusing on destroying enemy formations,
before crossing the red line which will see more Soviet forces released for front line service.
A bit gamey, but probably is a fair way of representing supreme command decision making.
A similar thing happens with mandated troop withdrawals.
The Axis currently have ten VPs which is spot on where they should be.  The margin is six either way for automatic victory.