After playing this game with Richard last year I was very keen to play again.  A Vassal version was promised and I kept looking and looking but no luck.  Turns out I was looking in the wrong place and not looking very well at that as it was released in April.

Now that Holland'44 is finished and hopefully with a bit of time over the festive season, now is the time to tackle this large game.  The size of this game is going to make blogging it a challenge, but I feel up to it, so here goes. 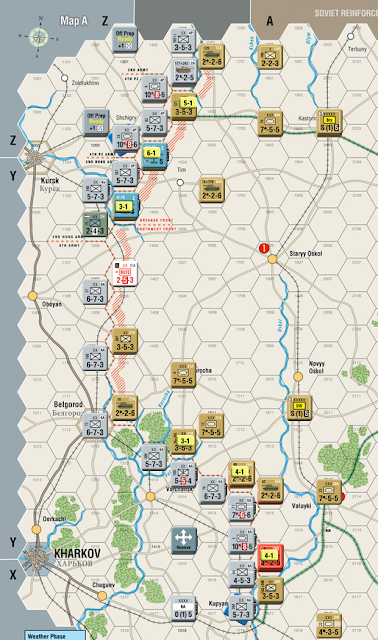 With a defined set-up, the initial attacks are only limited by how brave the Axis player is feeling.
I went for six attacks in the north in the hope of creating a pocket around Staryy Oskol. 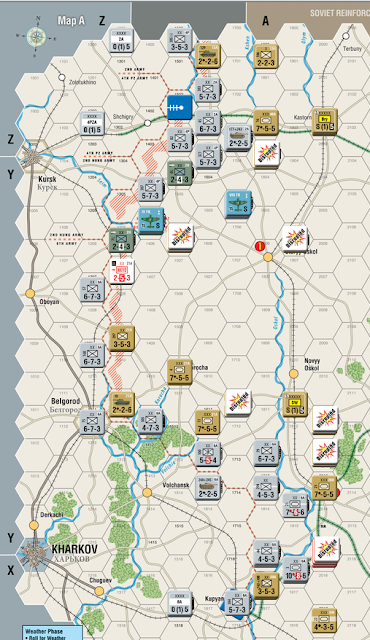 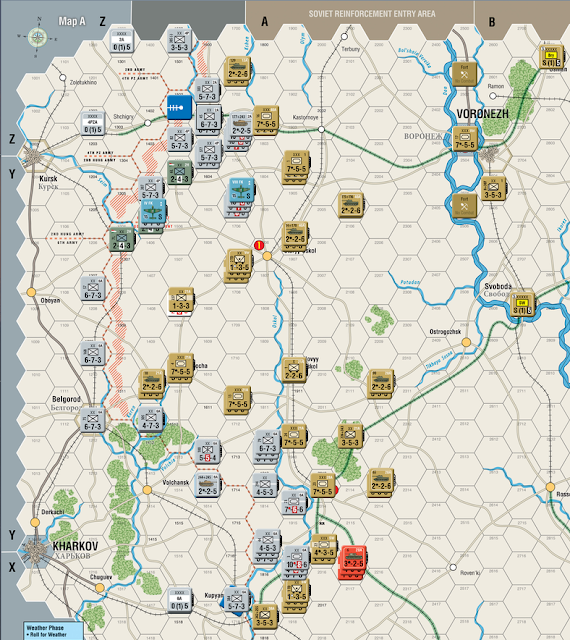 The Soviets react, carefully pulling back. 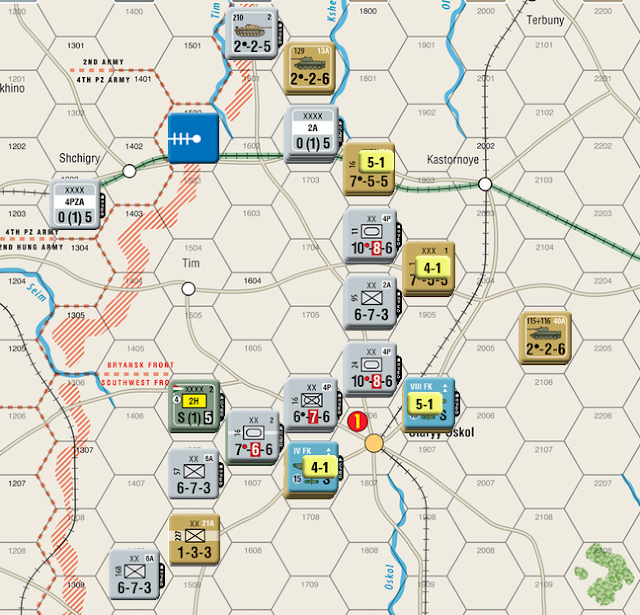 The 4th Panzer Army renews its attacks in the north. 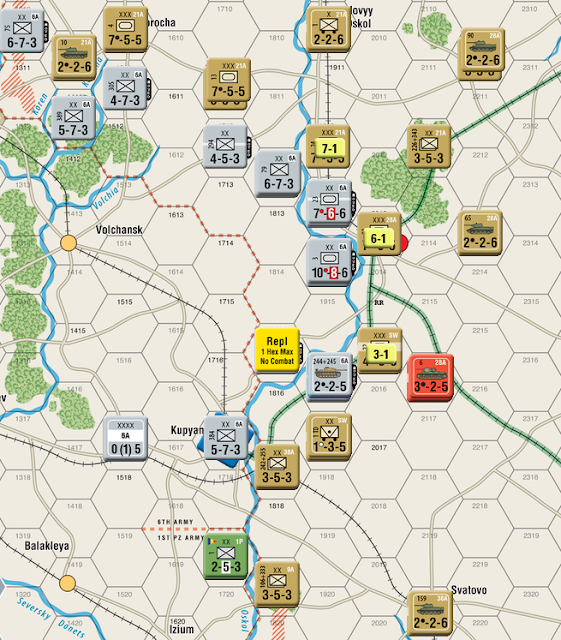 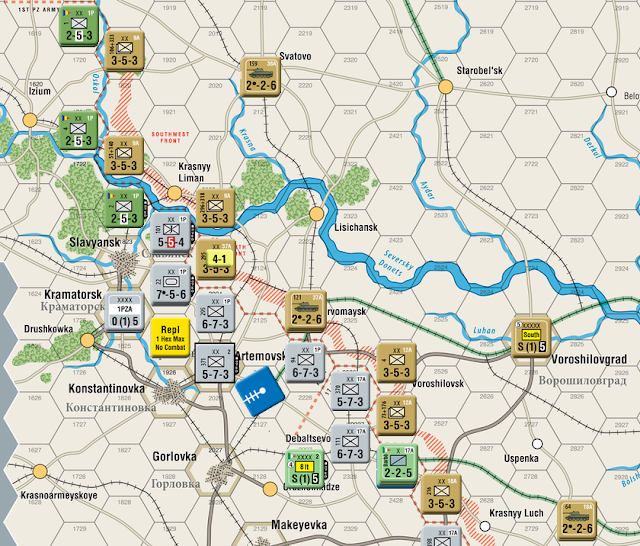 The 1st Panzer Army now starts to attack in the south. 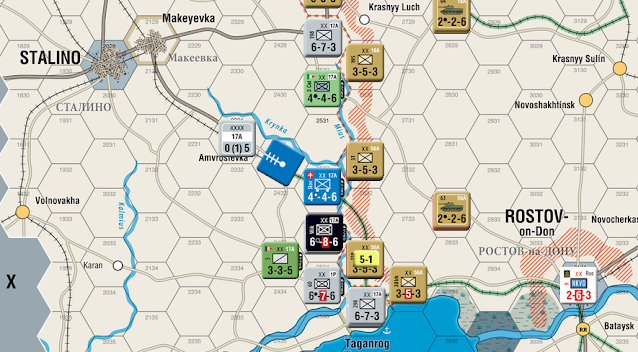 Along with the 17th Army. 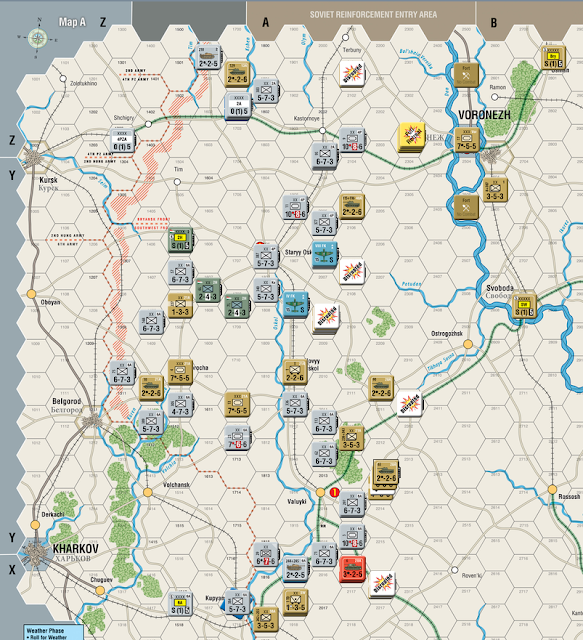 It looks like some Soviet forces have been trapped in the north.
The challenge will be to stay and liquidate them or press on east (to you know where) 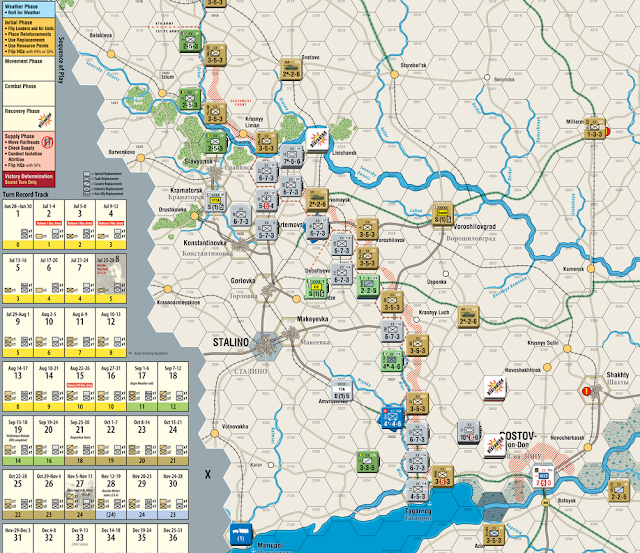 The Axis attacks in the south also meet with success. 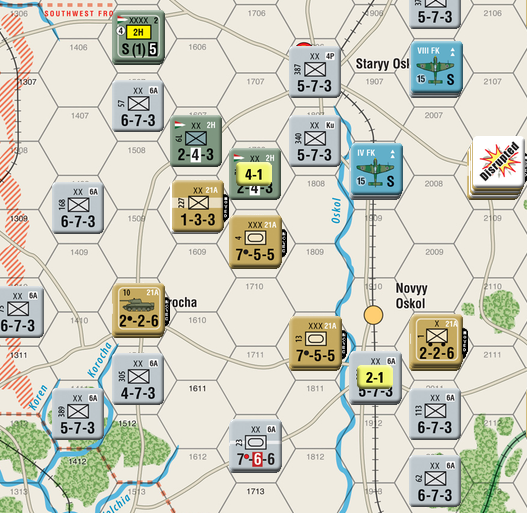 The Soviets in the Staryy Oskol pocket attempt to break out. 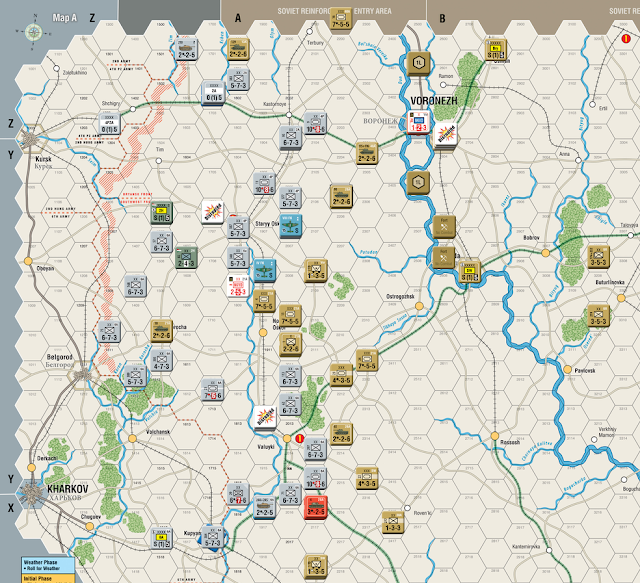 The situation in the north end of Turn 2.
The Soviets are busy building up a defence line around Voronezh on the Don.
Will they have enough troops/time? 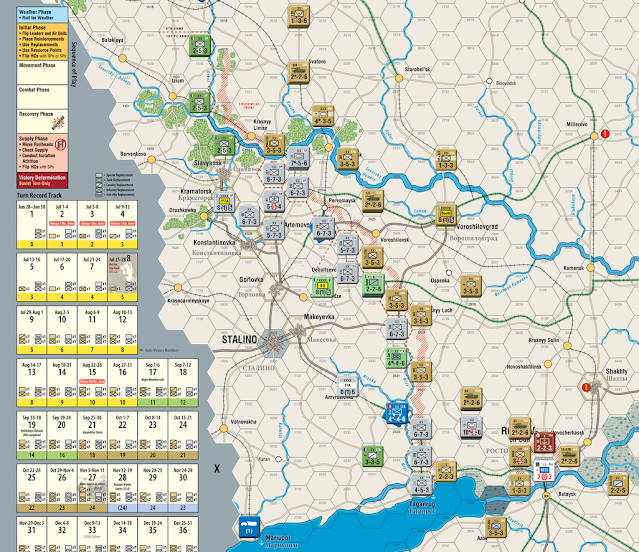 In the South the Soviets are rushing troops to defend Rostov
which is at the other end of the Don. 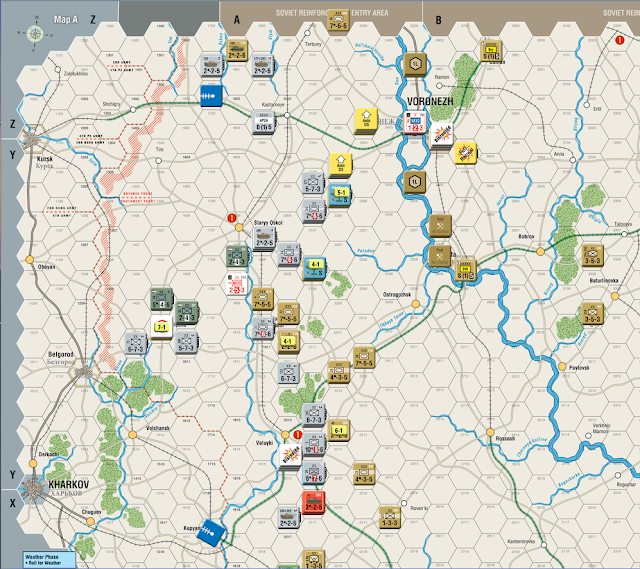 The Axis continue the attack in the north.
They had an 10:1 automatic success near Voronezh,
but it is unlikely to enable them to stop the Soviets continuing their withdrawal,
eh retreat. 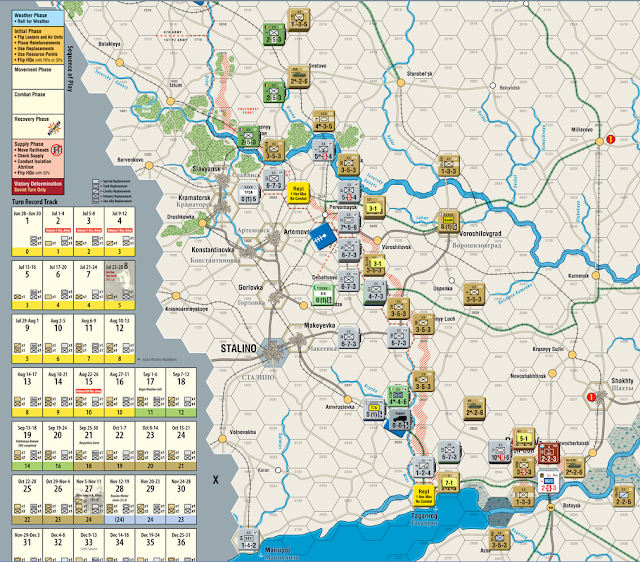 Things are also hotting up in the south,
with the Italian 8th Army now committed to the offensive. 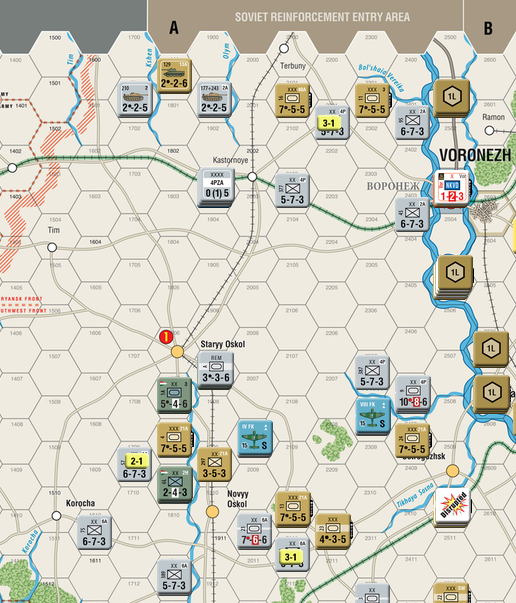 The Soviet forces trapped in the Staryy Oskol pocket continue their attempts to breakout.
There is even a relief attempt coming down from the north. 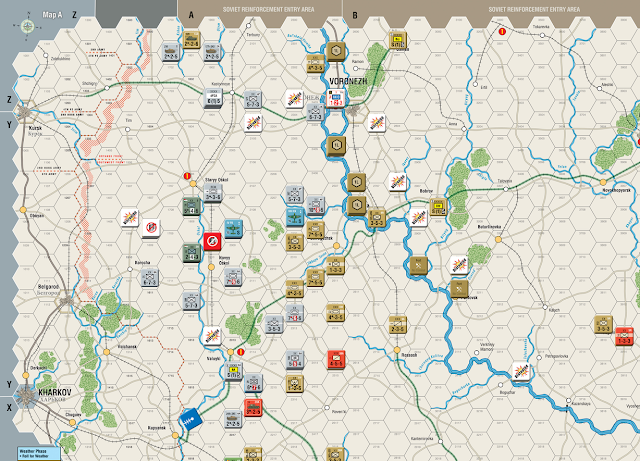 The Soviet attacks have been very successful.
The Starry Oskol pocket has been largely evacuated and the few troops remaining,
although out of supply and some isolated,
have spread out requiring the Axis to commit more troops to containing and eliminating them.
Worse, the northern flank has been compromised.
The Soviets can easily bring troops in from Reinforcement Area A.
1st Panzer Army will have to review its priorities/targets. 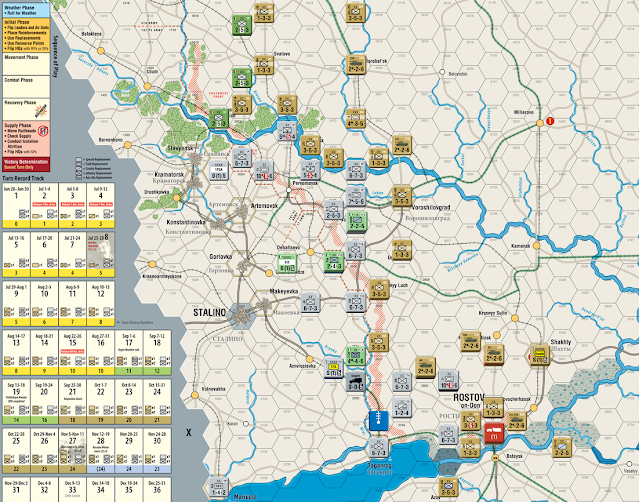 In the south the Axis progress, although solid,
has not been as spectacular as that to the North