The summer Germans and their allies continue the onslaught. 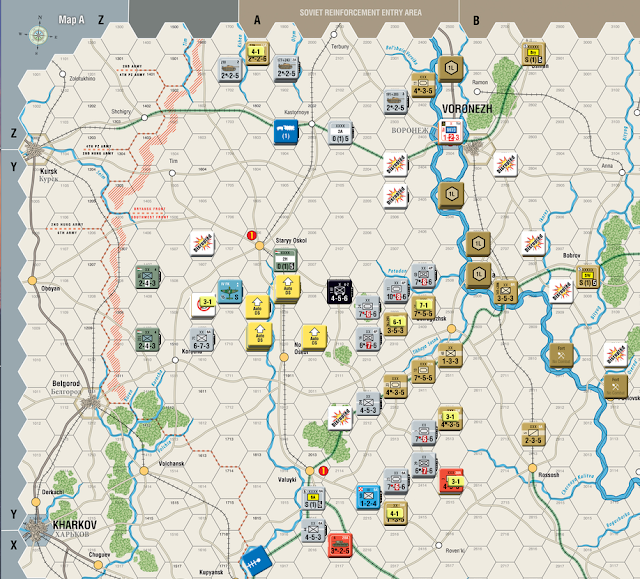 The Axis are trying to liquidate the Soviet forces
before they can retreat to the Don and form a new defensive line. 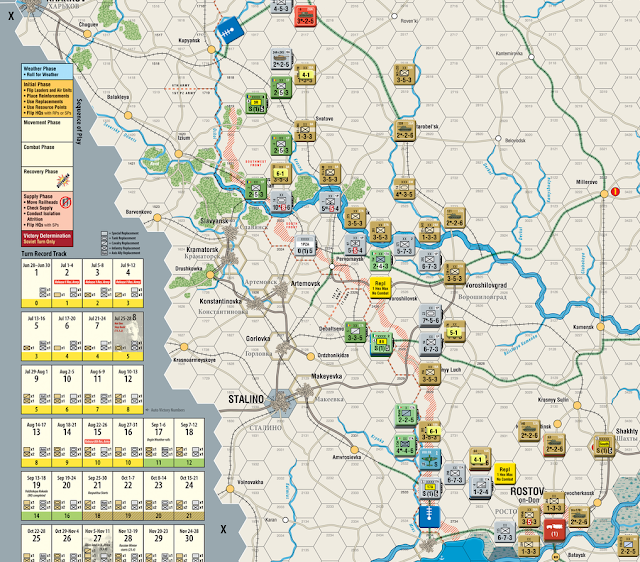 In the south the focus is on breaking the Soviet line. The Axis have continued their success in the North. 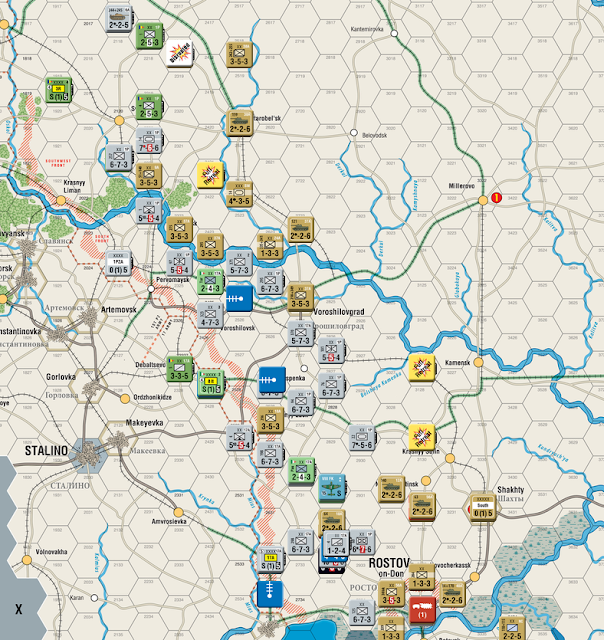 In the South the Axis now seem to have the upper hand. 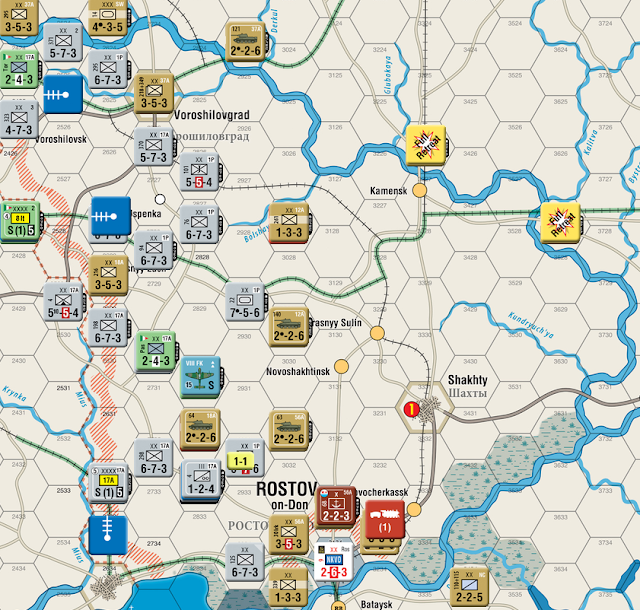 The Soviets make a disastrous attempt to break out in the south. 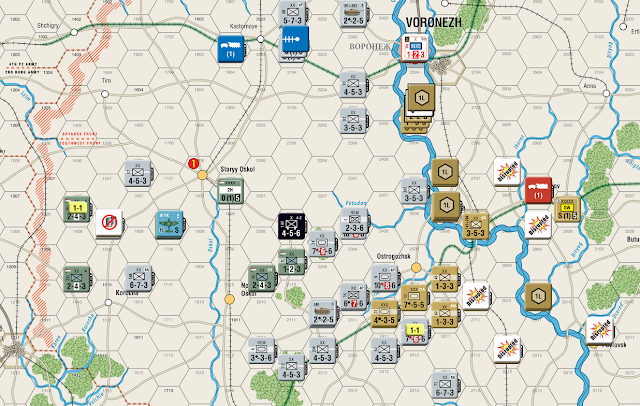 Matched only by the dual failures in the north.
A bad few days for the Soviets
and it is about to get worse. 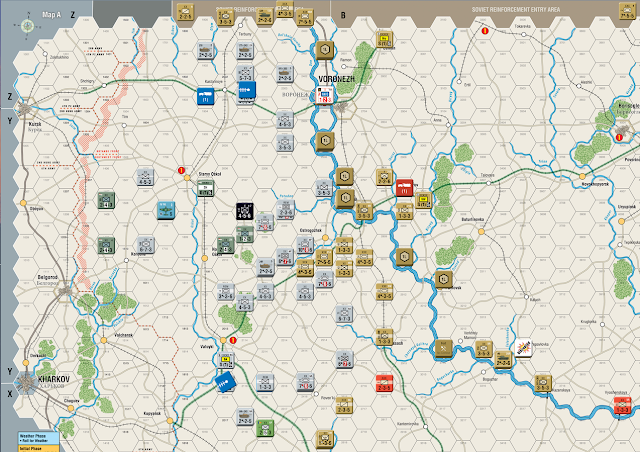 The situation in the north at the end of the Soviet's fourth turn.
Numerous isolated forces have surrendered. 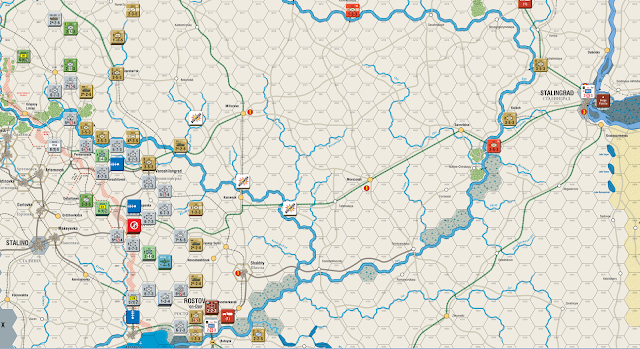 The big picture in the south
showing the glittering prize of Stalingrad. 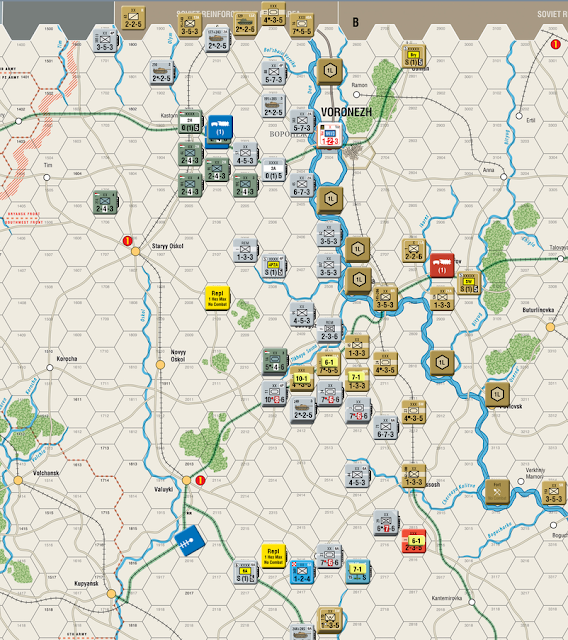 Turn 5 and the 6th Army starts to drive east while 4th Panzer Army mops up. 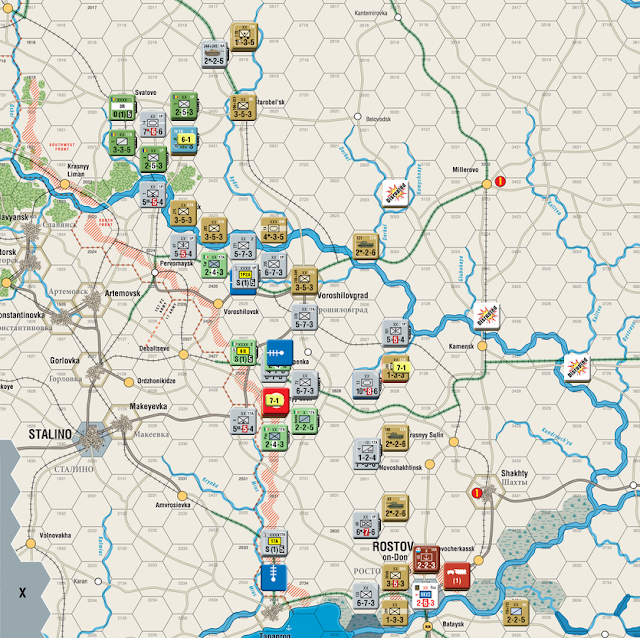 In the South 17th Army fights to break through north of Rostov supported by the Italian 8th Army,
while the Rumanian 3rd Army covers the 6th Army's southern flank. 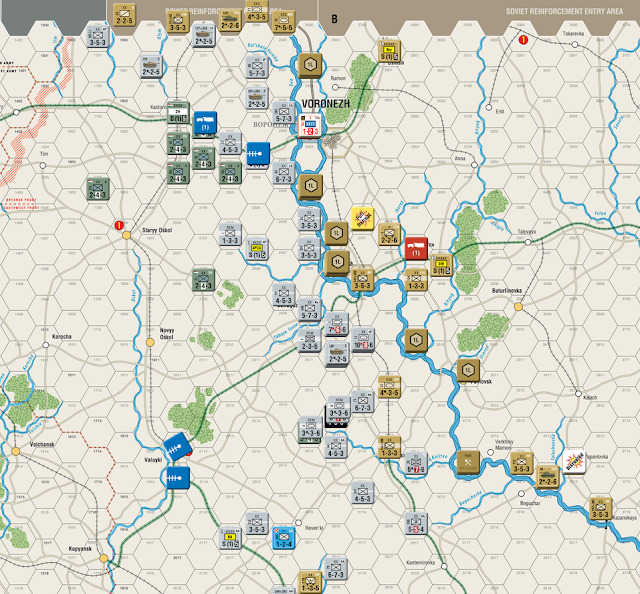 The mopping up was very successful and 4th Panzer Army is now ready to join the 6th Army
as it heads towards Stalingrad. 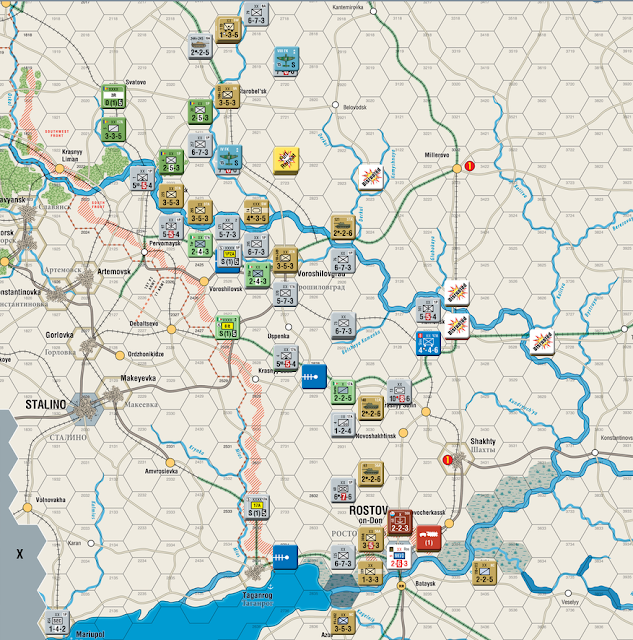 In the south a hole has opened up that the Soviets will find hard to fill.

The Soviets are busy trying to defend the north bank of the Don. 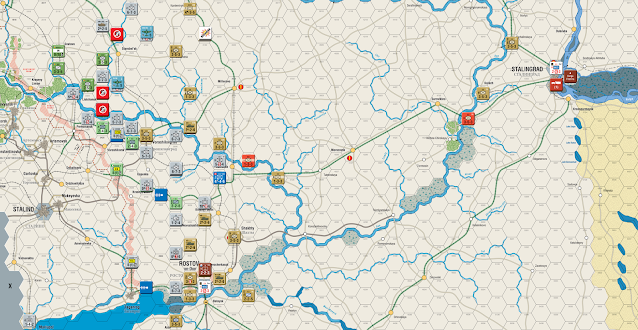 But the south bank is wide open... 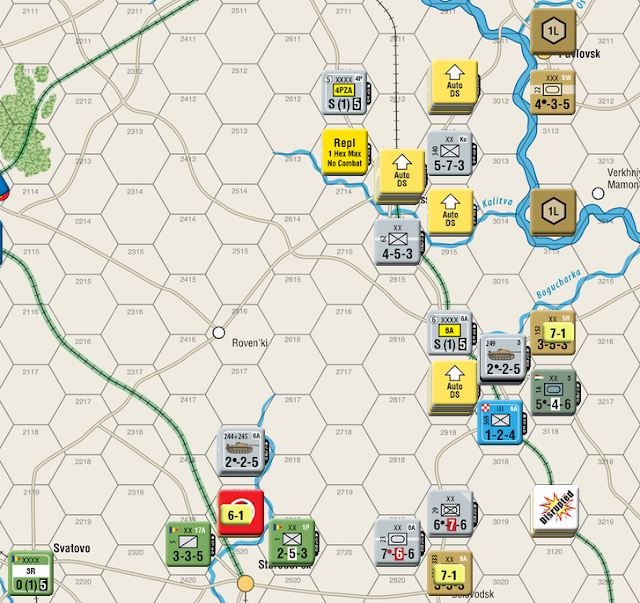 Turn 6 and 6th Army is overrunning the meagre Soviet forces before it. 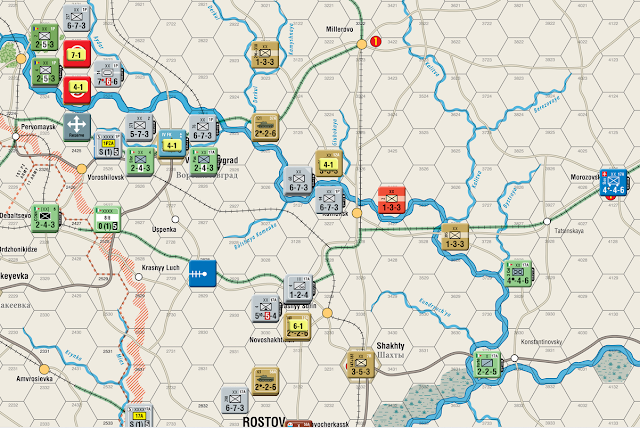 In the south the first attack is made against Voroshilovgrad,
but in a bold move the Slovak motorised division has broken through and headed off into the sun rise,
with the Italians close behind. 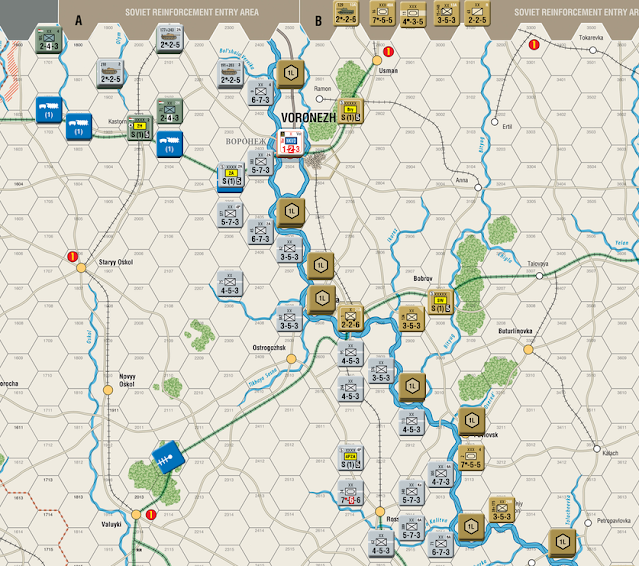 After the Soviet's turn the situation in the north seems relatively stable.
They have moved their counterattack force from Area A to Area B ready to rail it south. 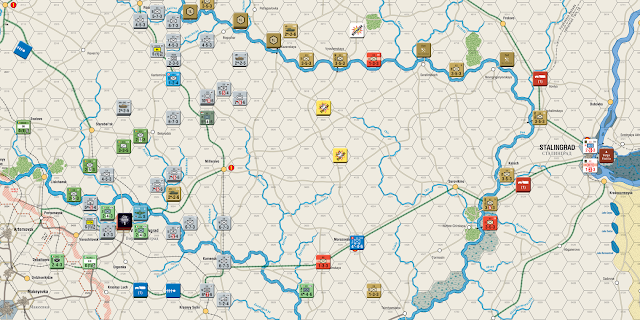 But in the centre what is left of the Soviets are in full retreat. 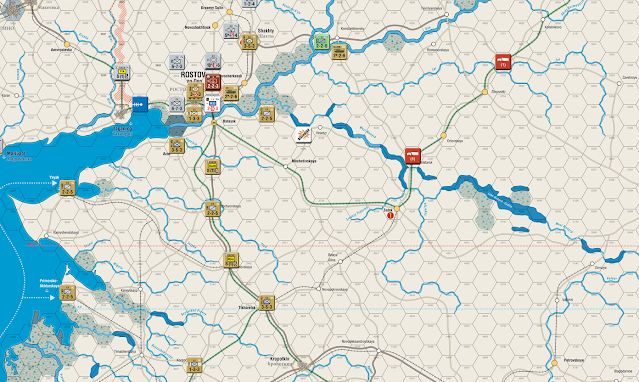 But wait, there's more.
This is a very big game (with still more to come)
The big question is whether the Axis will get the VP for climbing Mt Elbrus.