Things seem to have slowed down, only to develop fast! 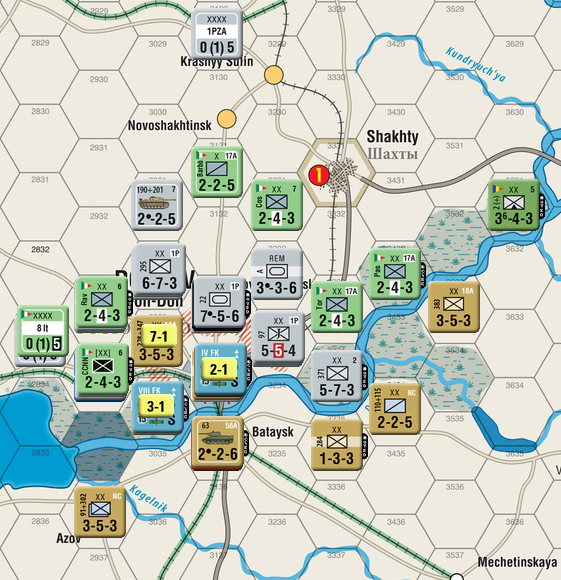 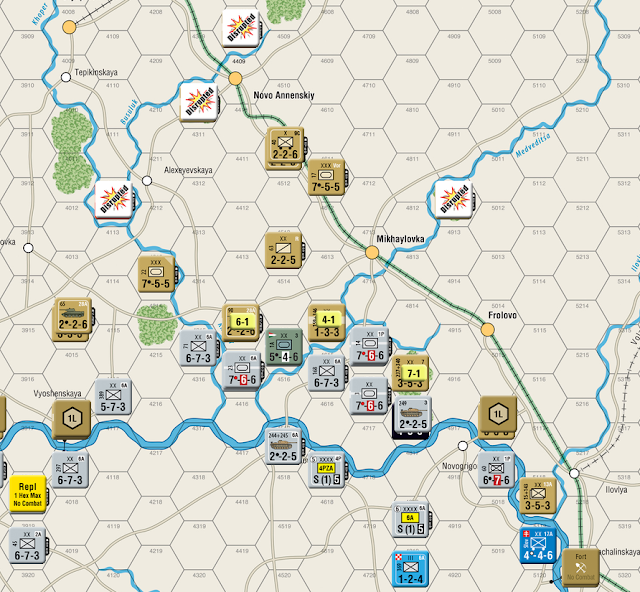 But it is the Don bridgehead north west of Stalingrad where the real action is. 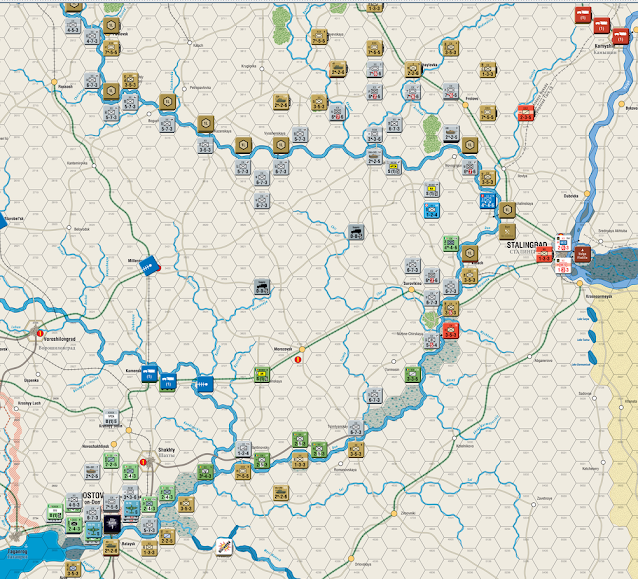 The Soviets are still able to maintain a defensive line,
but it is awful thin in places. 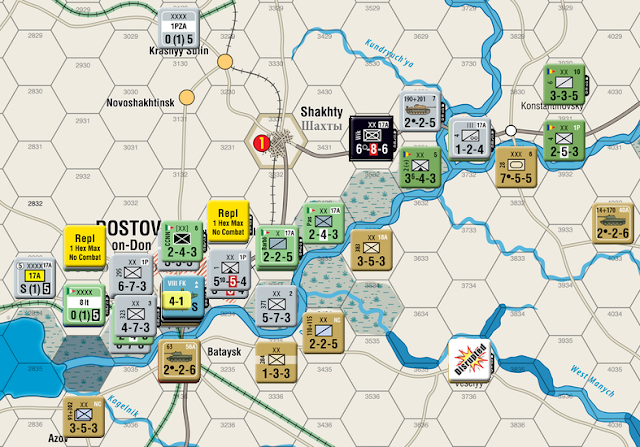 Rostov is now at breaking point.
Soviet desperate defences have enabled them to hold the city,
but it has only been partial success. 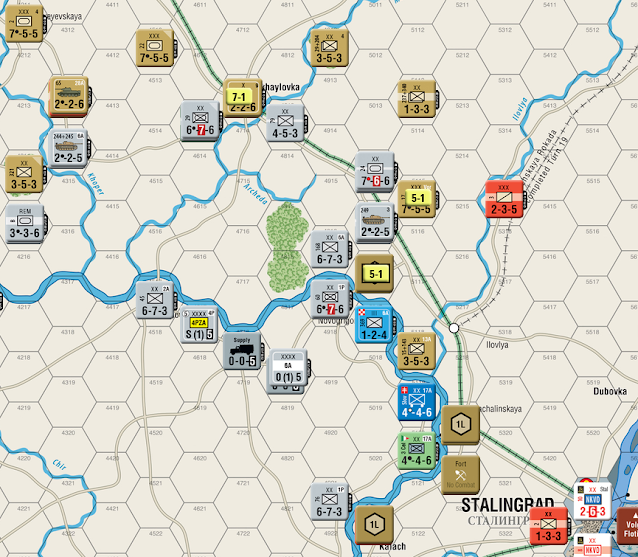 The Axis bridgehead north of the Don is expanding east... 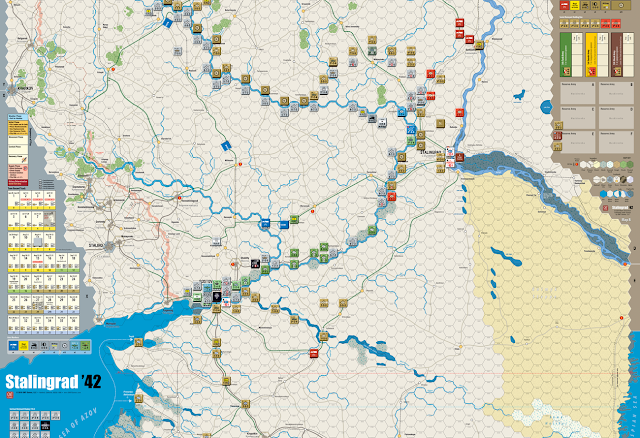 Seeing the writing on the wall, or rather the mass of pontoon bridges arrayed along the southern Don,
the Soviets have pulled back, even abandoning Rostov. 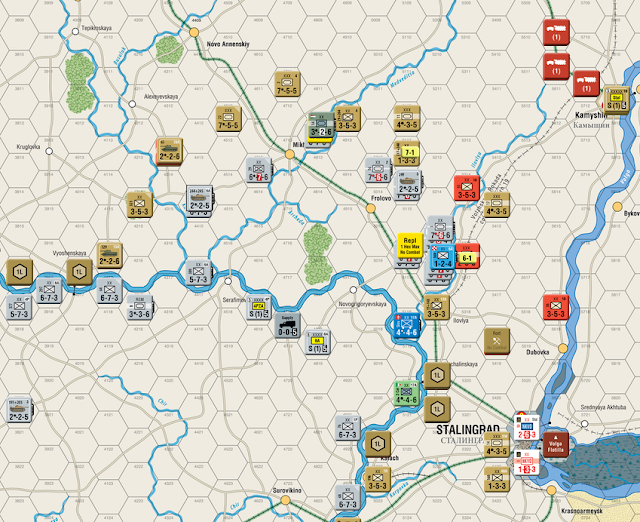 In order to gets troops arrayed against Stalingrad,
the Don Bridgehead has to shuffle east. Having captured Rostov, the Axis now have to clear the southern Don. 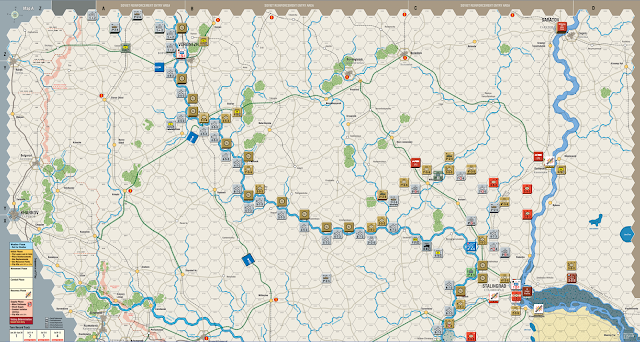 In the north the Axis are now dangerously close to Stalingrad.

In the south, the Soviet withdrawal and a successful attack at Rostov,
has allowed the Axis to cross the Don in force.
In the south both sides have a lot to do and little to do it with!
Posted by Sun of York at 1:18 PM