Keeping on with the practice of taking on all comers, last night was the turn of the Navarrese.  A thousand years apart, but at least in the same locale.

Mark B has cobbled together the Navarrese and I warned him the dice Gods would not take kindly to a mix of Sassanids, Persians, Greeks and Burgundians being passed off for Navarrese, now matter how nicely painted they were. 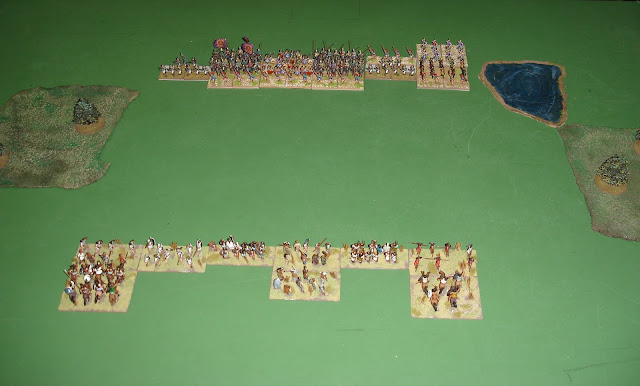 Mark B rolled a double six forcing the Carthaginians to deploy first.
The dice Gods were taunting him as after that he only managed to roll sixes for Cohesion tests. 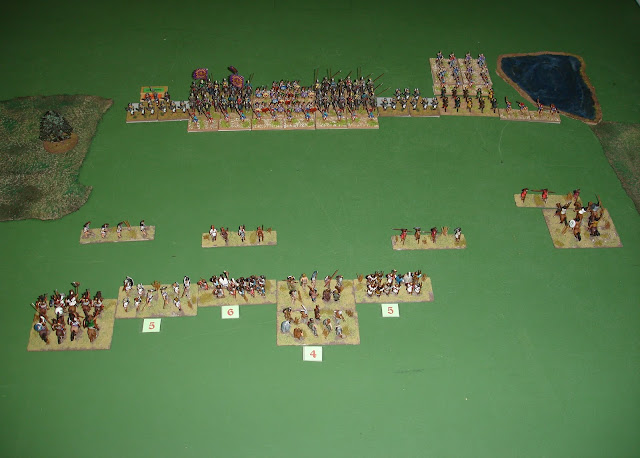 The Carthaginians step sideways to correct/fine tune their deployment. 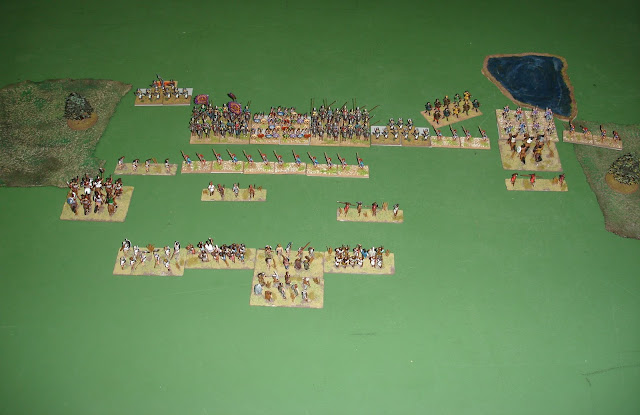 Turn 2 and the Carthaginian light cavalry charge.
It was not to be a good day for the Numidians. 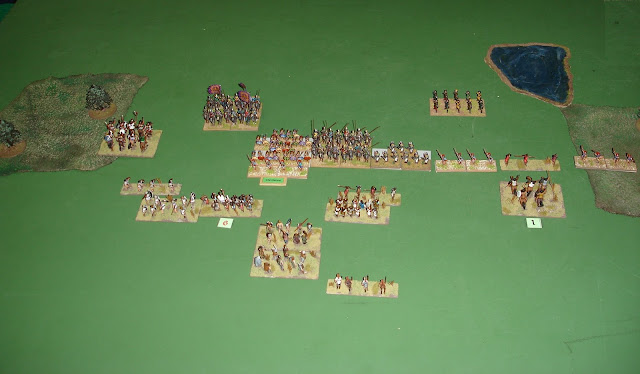 Turn 3
The Carthaginian slingers shoot up the opposing crossbowmen
who were then taken out by the Carthaginian cavalry.
The wrecked Numidian cavalry were revenged by their supporting javelinmen.
The main bodies are almost in contact. 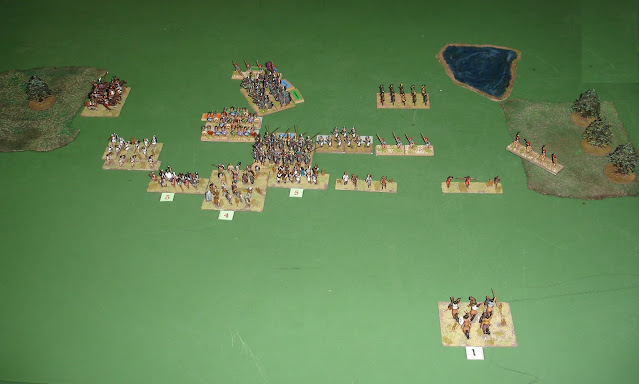 Turn 4.
The Navarrese foot have been thrown back, pushing a lot of their comrades to the rear.
The Numidian light cavalry has escaped. 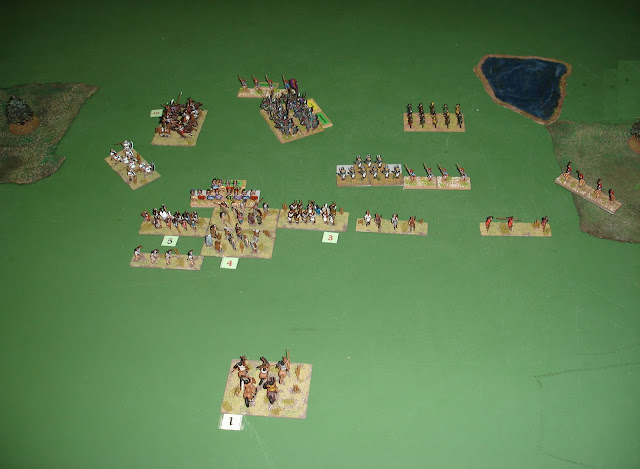 Turn 5.
The Navarrese are close to collapse.
Their general fights on with the foot,
but the rest of the army takes the opportunity to flee.