Some Basic Impetus 2.0 Q and As

In recent games of Basic Impetus I had been puzzled by a few things.  In part I think this is because I am reading too much into a rule set that is meant to be basic. 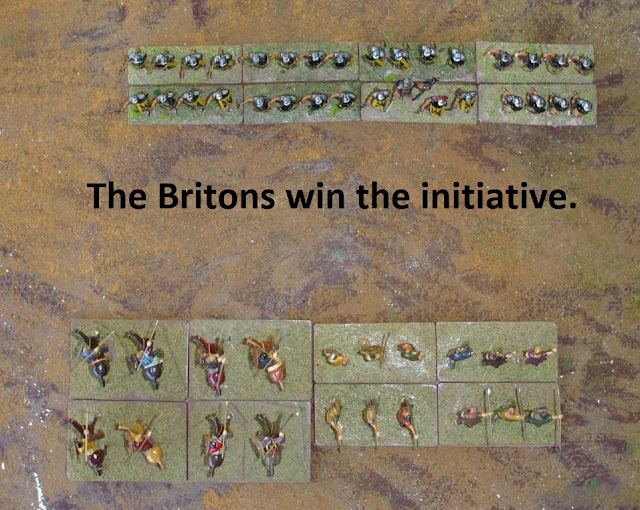 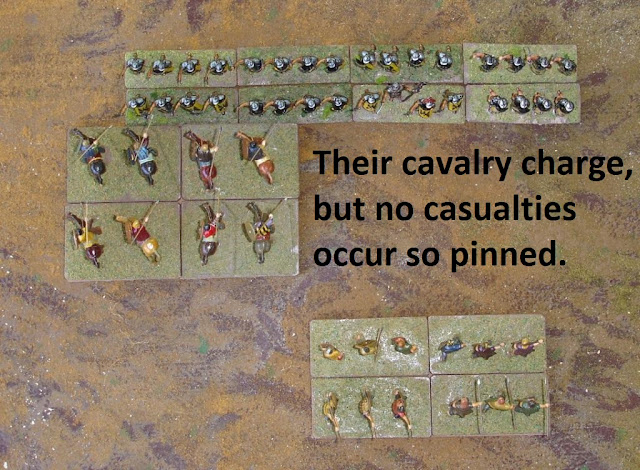 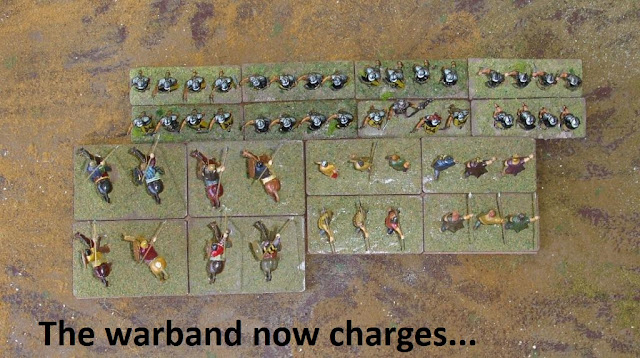 The warbands are the Main Unit in the new melee, so they cannot be the support unit in the other melee. With only the Romans on the left (vs cavalry) present, then the warbands would have restarted the melee (as support)

A question about retreats. 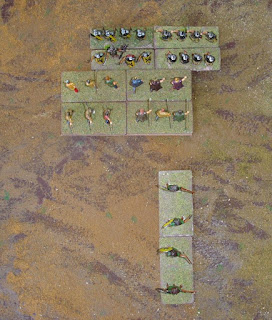 They will be destroyed only when not able to start the retreat. So the first time they can do that an possibly stopped with contact with S
Posted by Sun of York at 12:15 PM