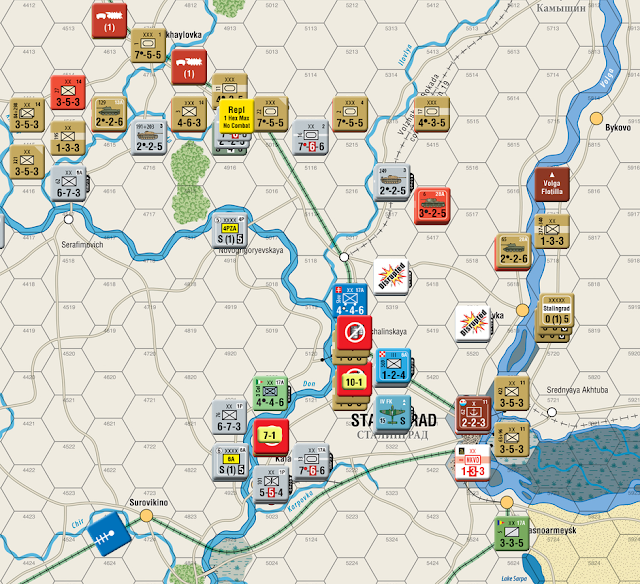 The Axis clean up the Don/Volga pocket and repair their defence line.

The Rumanian 3rd Army helps clearing away Soviet forces south of the Don. 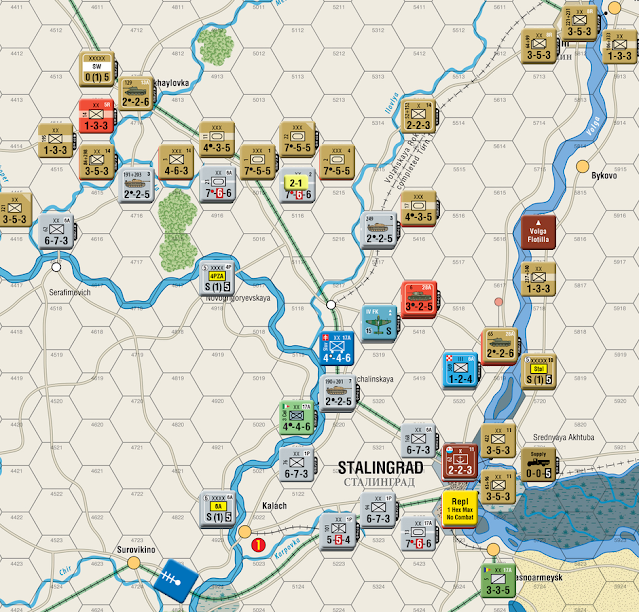 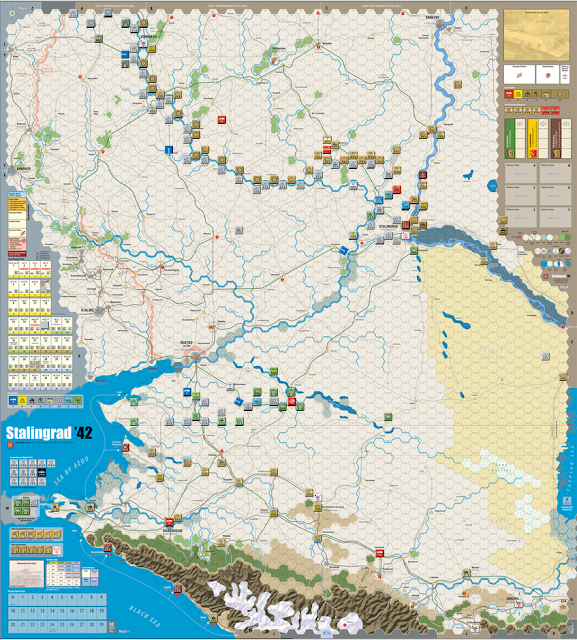 September starts out overcast.  This means one less Axis air unit is available. 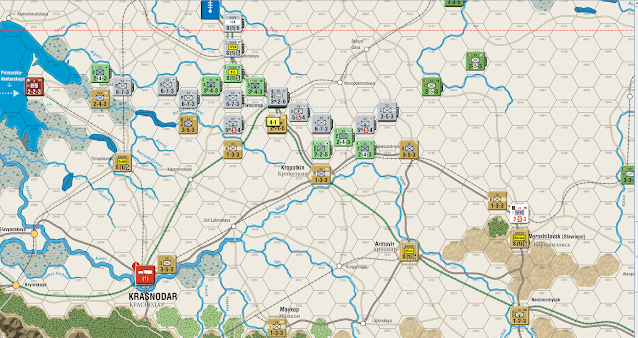 The Axis are heading for Krasnodar.
Not only are there VPs to be had, but there is also the chance of getting extra units. 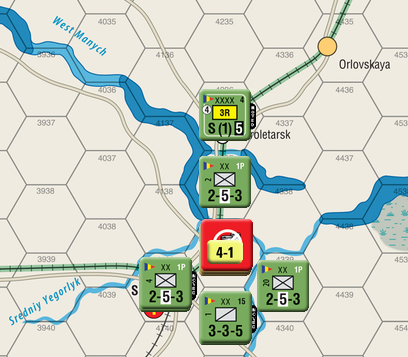 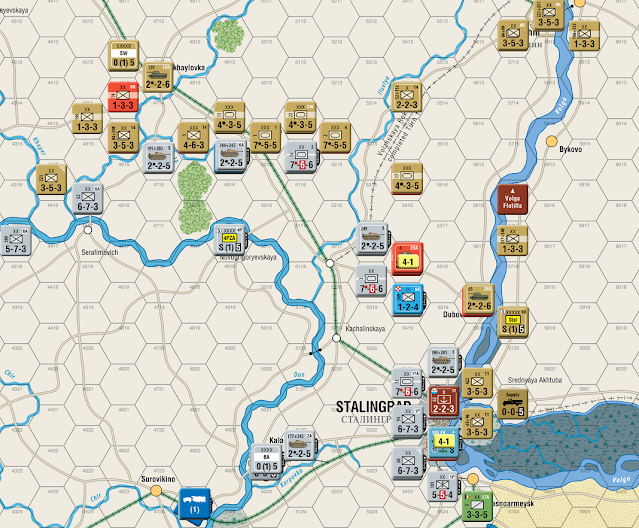 The Axis keep basing at Stalingrad,
and also counterattack the Soviet northern offensive.

At the end of Turn 17 both sides are well dug in in the west,
but things are still fluid on the eastern end of the northern front.

The centre is all about Stalingrad were losses have been high for both sides.

Down south the Axis seem unstoppable.

Come Turn 18, the weather clears.  But will it make a difference?

The Axis keep powering towards Krasnodar. 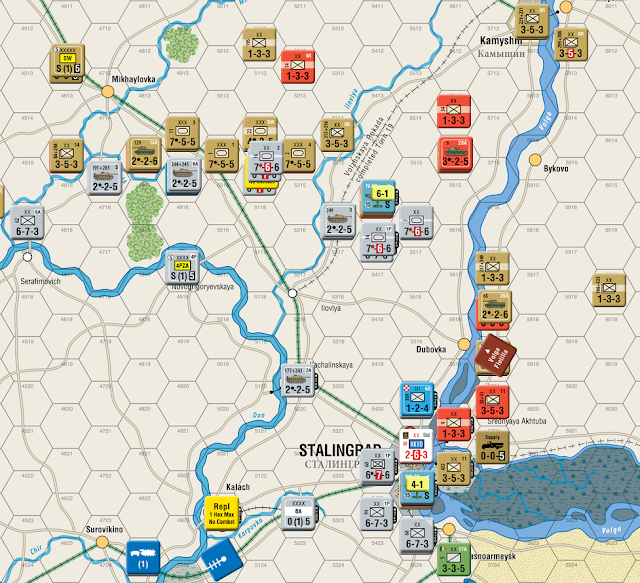 As well as keeping up the fight for Stalingrad. 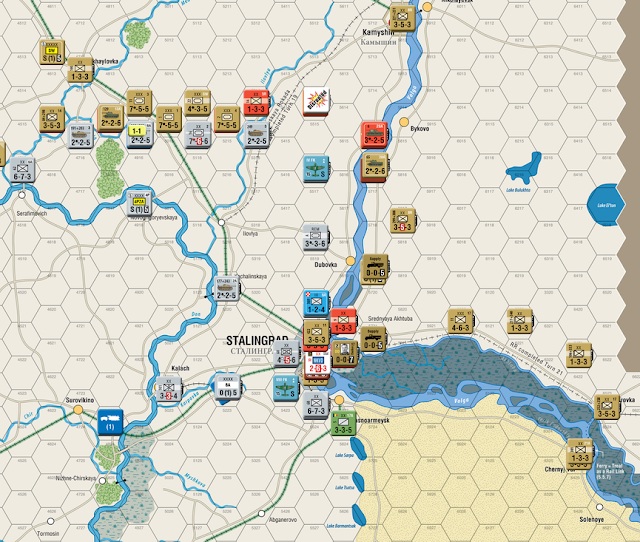 The Soviet attack achieves nothing.
There are no other changes in the north
and in the centre, as can be seen, the Soviets are moving forces across the lower Volga
and also across the Caspian Sea.
A slow process.

At this stage the Axis should have 12 VPs.
This goes up by 2 per turn for the next three turns.
The Axis should be able to at least pick up a few to avoid sudden death.
VP locations in the south are basically where the Soviet troop concentrations now are.
Trouble is they are going to find themselves isolated pretty quickly.
If the Axis can take Taman they get the five units that can be seen in the box in the eastern Crimea.
If they can take Krasnodar and Voroshilovsk to its east then they can start to raise volunteers and that would give them an extra six units.