It's time to get on and play the competition Saga games for the NWS Saga League.  This was my first competition game.  My Vikings took on Paul's Vikings using scenario 1 - Clash of Warlords.

My forces, berserkers back with the warlord, more hearthguard on each wing, then warriors and levy in the centre. 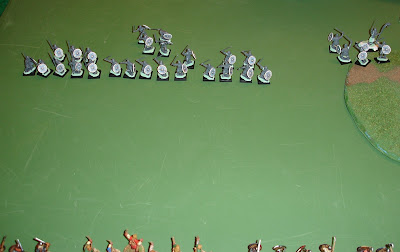 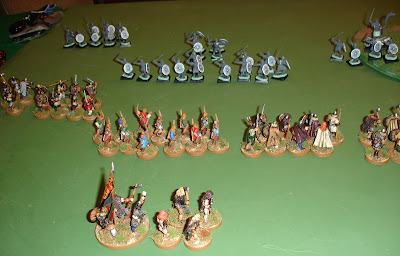 Paul's grey Vikings went first.  I moved up hoping my levy might inflict some casualties, but Paul had wisely selected the "increase armour value in shooting" ability. 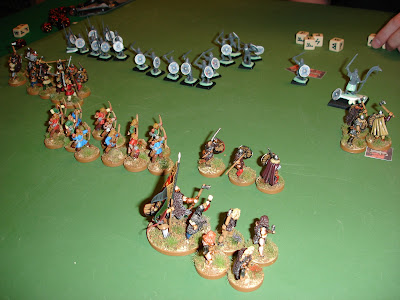 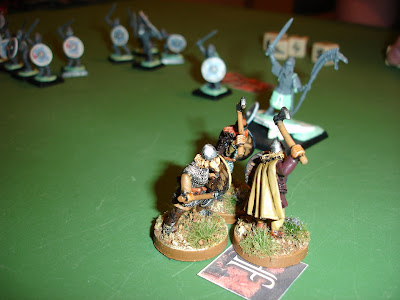 Then my hearthguard got into action, sweeping away the enemy's small unit of hearthguard and threatening their warlord. 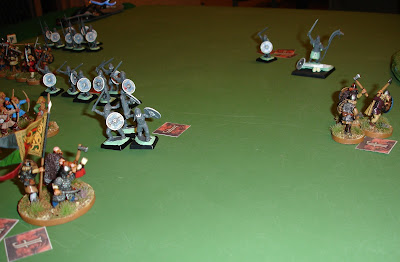 But turn three saw Paul use the Loki ability to remove my reduced warrior unit and after pushing back my levy with his other six man hearthguard unit was able to create a gap to launch his berserkers against my warlord.  I survived, but only by passing casualties on to my berserkers who sadly dies to a man protecting my warlord.  Brave chaps. 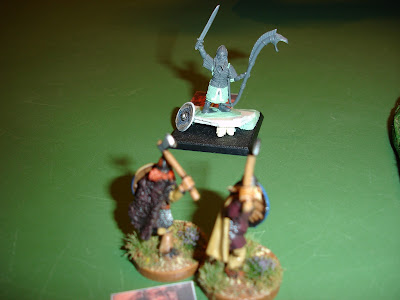 Then it was my turn.  My hearthguard flung themselves at the enemy warlord.  It was close, but didn't quiet make it, even with using the Ullr ability to reroll my failed hits (there were a good number and all rerolls failed to hit as well). 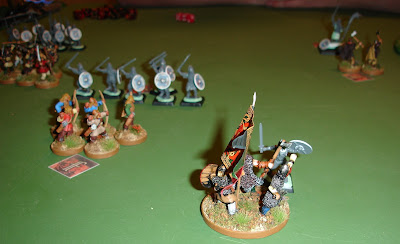 Turn 4 and my warlord dies alone.