After my most recent Impetus game I thought I would dig out my old Airfix Romans. 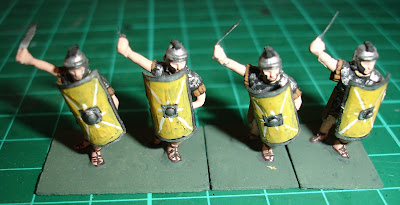 These guys are really old.  I'm thinking some time in the 1970s.  The clue is the basing for 6th Edition. 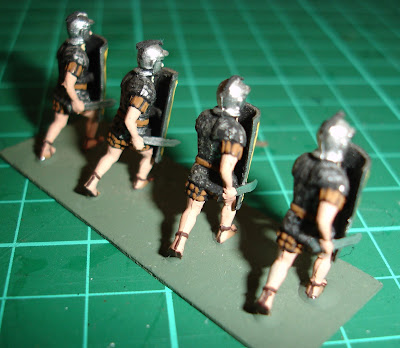 I am not sure where the "advice" came from, but I replaced the swords and scabbards, repositioned the shields (also I carved off the wing symbols) and gave them a helmet crest. 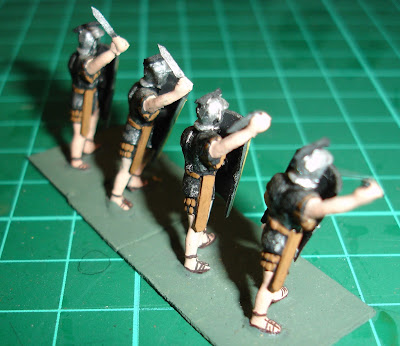 The crazy thing was cutting them off their bases so I could get the ultra flat look.

Only eight figures, not enough for an Impetus unit and I'm not going to try and repeat the conversion, plus they need at least pants and a flesh wash (and I can't paint sandals like I used to).  However I have a collection of Airfix Romans put aside for a DBA army (to match my Airfix Ancient Britons) which has provided 16 figures.  Stay tuned. 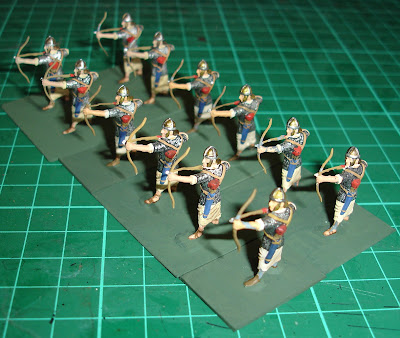 While I was putting things back, some metal figures fell off and landed on these other Airfix Romans (that I would have painted around the same time). 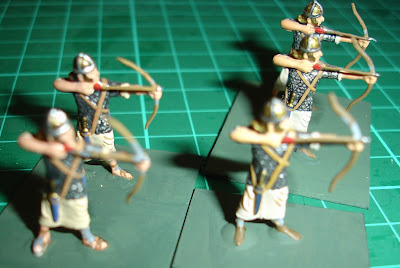 The metal figures came off worse but when I saw I had 12 of these Roman archer figures (and them being a favourite and all) they are getting repaired and will make up a unit (just because I can).

The Airfix set came out in 1967.  Here is a link to a not very complimentary review.  So it goes.  They were good in their day.