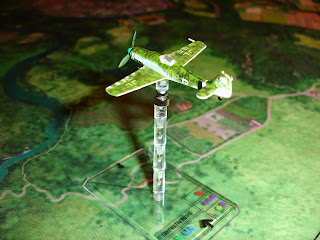 My Focke Wulf sporting the verboten crooked cross on its tail. 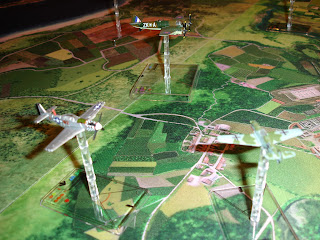 Stephen N took his Me109 in first and got shot up by Mark B's Mustang. 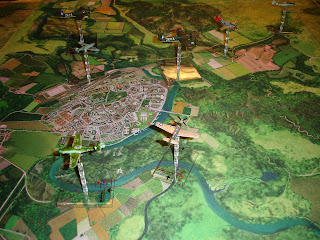 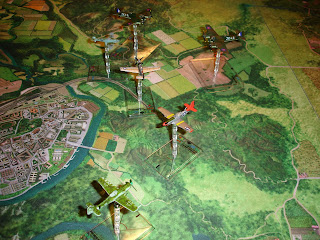 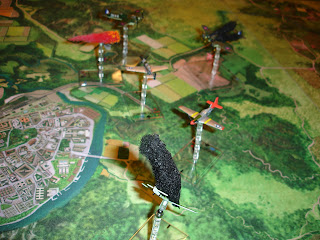 With the expected results. 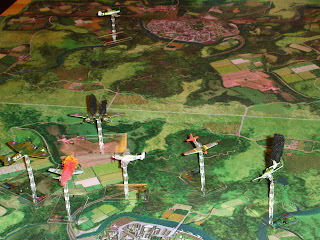 It is left to Matthew to protect the Reich. 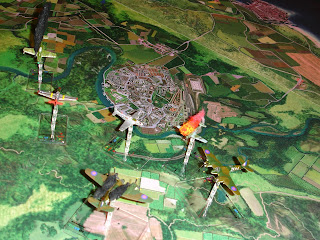 Another shot of the three planes going down in flames (well, smoke as well, only made the one fiery fireball marker so far).

As Mark B pointed out to me, I had kind of lost interest after this.  I was actually busy looking at the Impetus rules, but just to provide closure, the remaining Allied planes took out the loan Focke Wulf.

Email ThisBlogThis!Share to TwitterShare to FacebookShare to Pinterest
Labels: Wings of Glory, WW2