One of my projects for 2016 is to do Austerlitz using Napoleon's Battles.  I will be using Scott Bowden's book "The Glory Years - Napoleon and Austerlitz" as my main source.  It has an excellent Order of Battle with which I have now completed a first pass at creating a OoB for Napoleon's Battles.  It might get revised based on points calculations (balancing) between the two forces and to reflect any significant force structure variations I come across based on reading about the battle, but I expect these to be minor.

I can just about do everything for the French.  Stephen N is checking his Austrians and Russians and I also expect Richard to be able to field them as well, which should mean plenty of opportunities to play out the scenario. 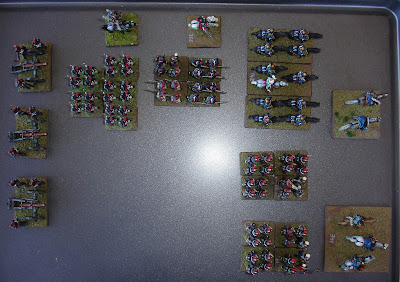 This is the Imperial Guard.  The only aspect re the OoB that I'm not happy with is lack of divisional commanders for the infantry and cavalry of the Imperial Guard (as distinct from the attached grenadiers).  With respect to the figures my Napoleon stand is rather tired and I really should use Guard Horse Artillery figures rather than foot, but these are all in the nice to have category. 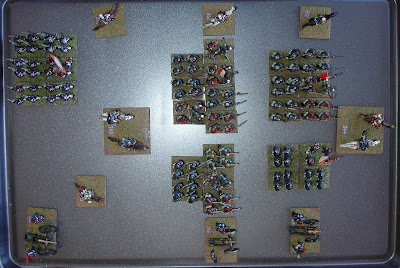 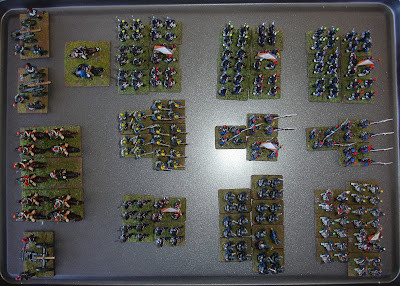 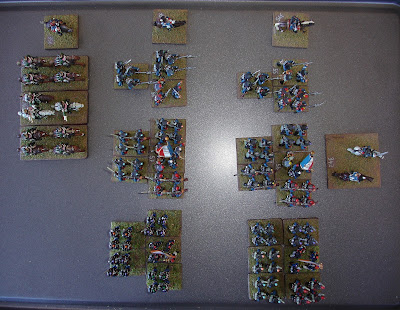 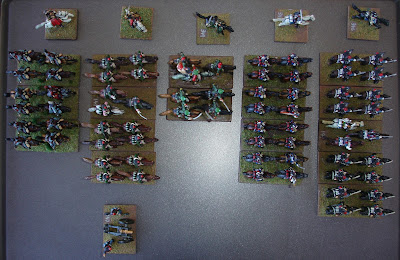 General figures I have in the lead mountain, but the dragoons I will have to order.  With an eye to what I can muster for Waterloo, these additions will also fill gaps with that OoB.