Well, destruction wasn't assured when we started play, but that is what happened. 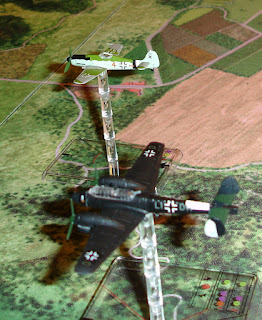 My new ME110 night fighter being escorted by Matthew with a FW190. 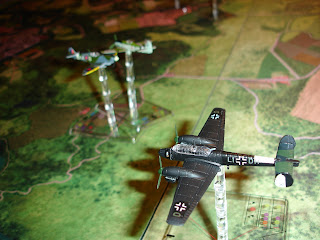 Stephen N makes a pass with his Spitfire.  I think this left us both with half damage.  Lucky it was long range. 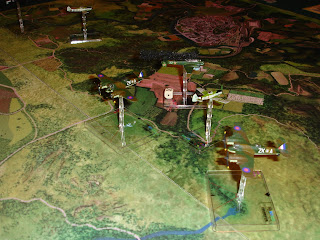 The Allies also had two Beaufighters under the control of Gareth and Olivier.  The Axis had another FW190 and a "special" ME110 under Paul's command. 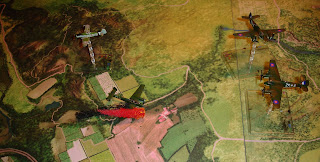 Paul's rebadged ME110 is in trouble. 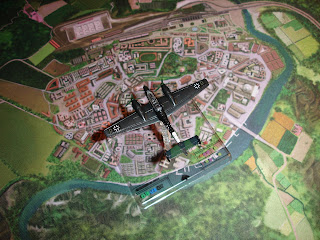 My ME110 makes it over the city and Herr Hess bails out.
If you are not familiar with the Deputy Fuhrer, you can find some information here:
https://en.wikipedia.org/wiki/Rudolf_Hess#Flight_to_Scotland 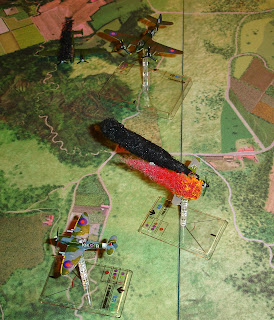 Gareth gets a kill and Matthew blows up. 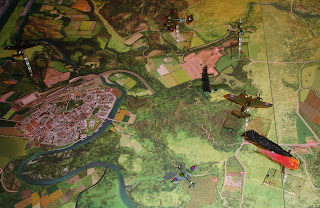 Down goes Stephen followed by Paul's ME110. 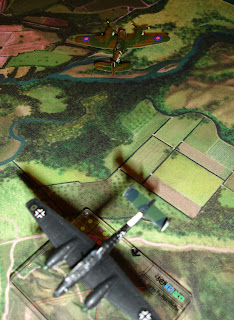 By now my ME110 is heading for home, but is badly shot up by Gareth's Beaufighter in a fly by.  However I get in a Parthian shot and that was the end of Gareth. 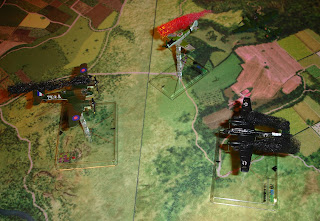 And then I run into the last Beaufighter and I'm shot to bits, but the remaining FW puts and end to Olivier only to be consumed in flames.

That's it.  All planes down.