Probably needed more exclamation marks etc in the title, but...

I have a display cabinet in the front room which is rarely visited.  The room is mainly used by my partner when she is working from home (which is not as frequent as I'd like).  In the cabinet, which is a gorgeous antique, but that's another story, I keep an odd mix of figures, mainly 25mm, but also a few bases of 6mm (I like the contrast).  Anyway, yesterday I had cause to go there to get one of the 6mm bases (see later post) and I find my very precious 30mm Stadden Guard Lancer bent over! 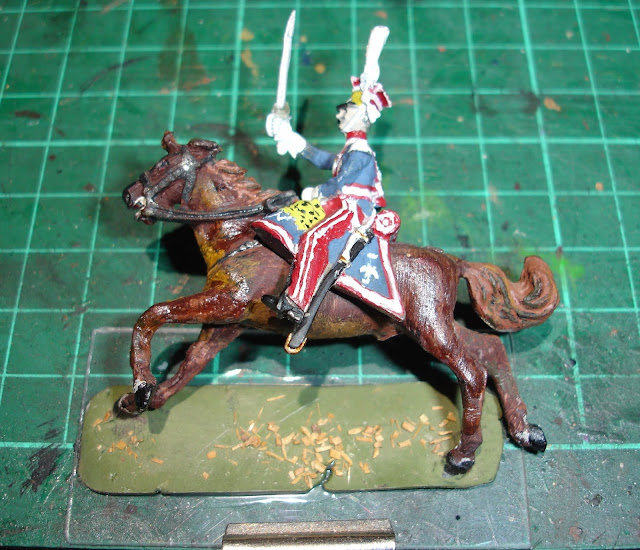 It looked like the horse's legs had softened in the heat and he had just gently lay to rest.  We had recently installed a heater in the room, but nah, that was a stupid idea!

Then I thought children!  But yes it is possible my little niece, who has a love of horses, went into the room, but to actually get to the cabinet, which is behind a few chairs and then has a difficult lock to open, ... Most unlikely!

My partner has form in breaking things and then putting then hiding them, but this was in plain sight.  Of course accusing her would take a degree of subtlety. Duly accosted she denied all knowledge.  Immediately I believed her and went on to consider other suspects, but while there are a few others that might have been in that room, the fact that it was just the one figure that was disturbed lead me to abandon that trail of thought.

It looked like something had been put on top of it, but if that had been the case the sword would have bent or snapped off. 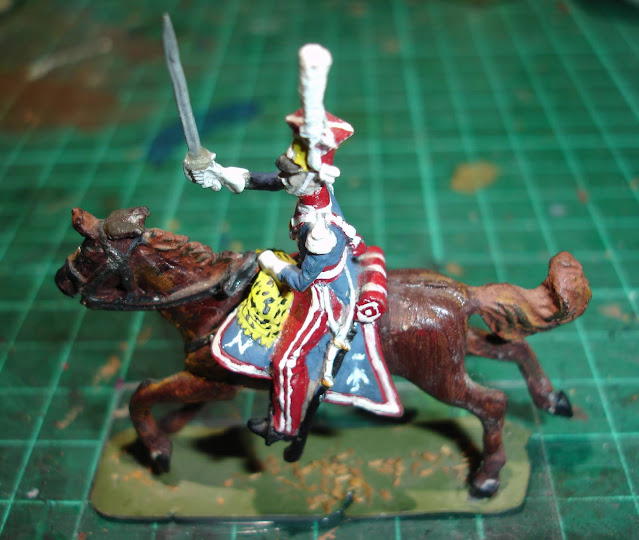 Anyway, it's all repaired now.

And I am now resigned to the fact that I must have damaged the figure in putting things in the cabinet and being in a rush either didn't realise, left it for later or just forgot.

It will remain on of life's little mysteries.

Background on this figure can be found in this post.