I could or should have said Arab Horse and Camel, but mounted fits in better with Impetus classifications, the rules I have used when creating my Arab Conquest army which actually allows me to create all the Basic Impetus 2.0 Armies of Islam forces.

These figures/units have mainly just been a rebasing and make good exercise from the purchase I made last year and received for Xmas. 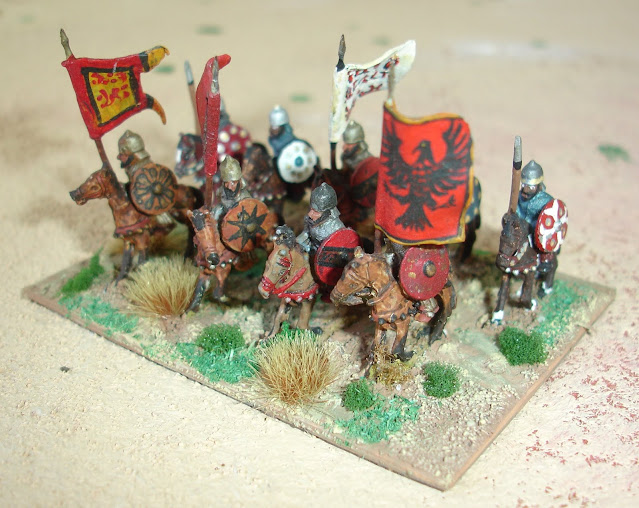 Whoops, I can see at least one or two of these guys should have had their eyes fixed.
Painting eyes on 15mm - who would have thought? 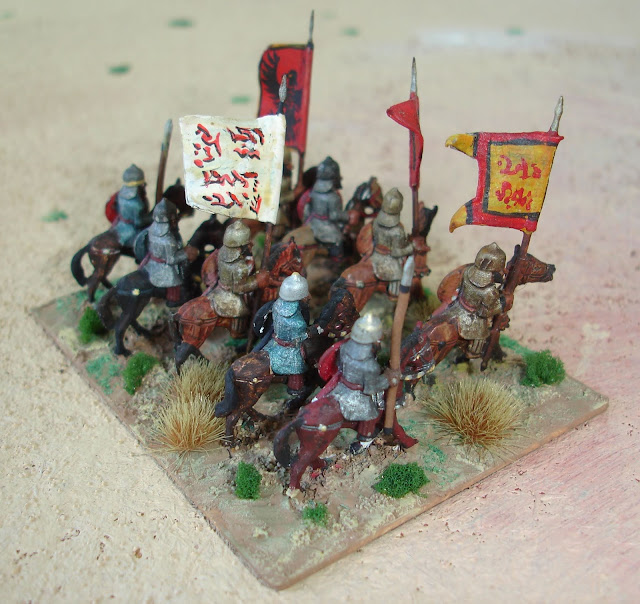 Camel archers
This is THE Tin Soldier camel figure.
All other figures you see on camels in the following images,
are conversions of this figure.

Camel archers are actually only in the advanced Impetus rules/lists,
but I'm not going to let that stop me from getting them on the table top some how 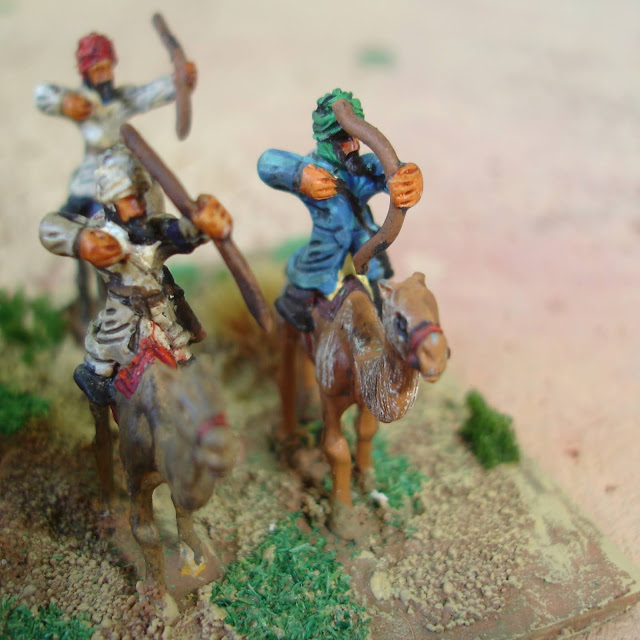 The man in blue was a gift from Simon.
Thanks! 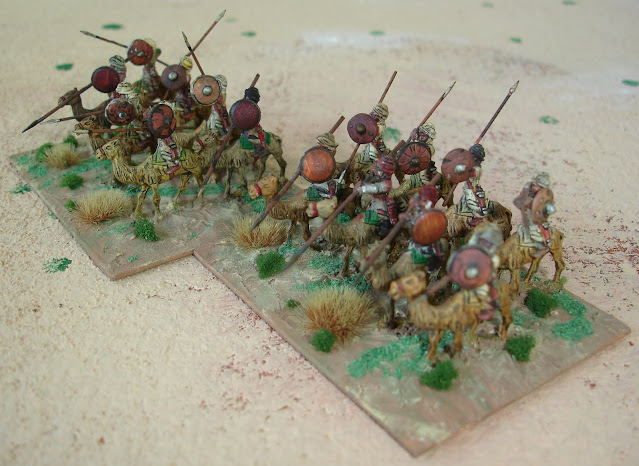 Those lances are really sharp. 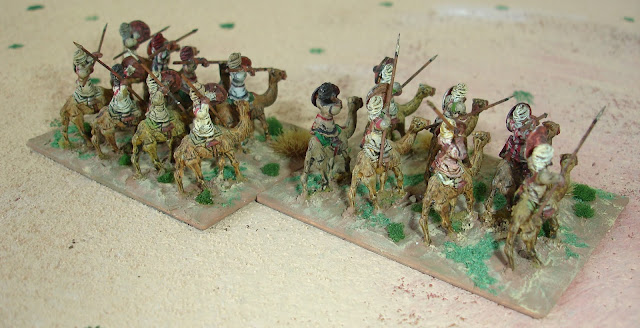 I am stunned by the quality of the work on these figures.
Sadly I don't know who did it.
However, it's worth a question in the Facebook The Ancient & Medieval Wargamer group, although I would say the work was done thirty years ago when Tin Soldier were at the height of their popularity in in Australia.