A new configuration of my Arabs to make an army to fight Thematic Byzantines, but first they had to deal with some Sassanids. 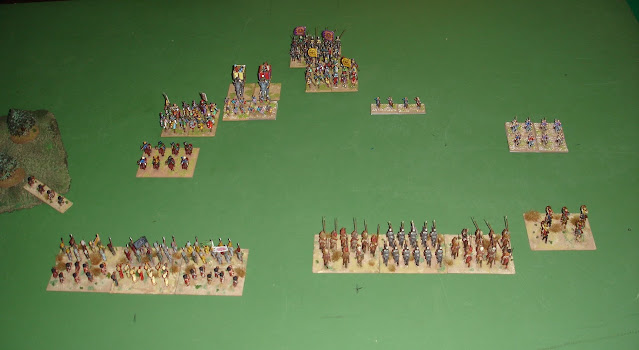 The Sassanids advanced their light cavalry.
The Arab light cavalry on the right was wiped out with one volley of javelins. 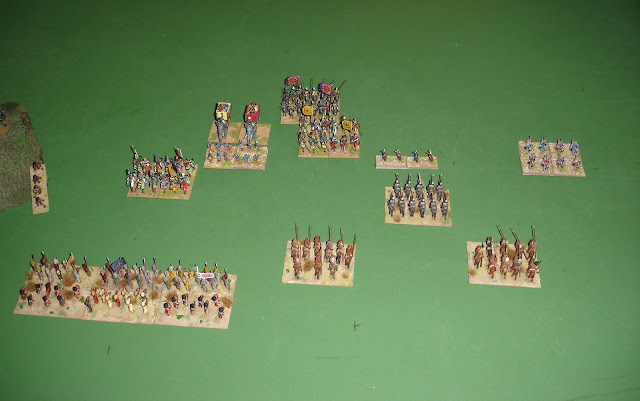 But the Sassanid light cavalry on their right suffered a similar fate,
even if it did take multiple flights of arrows. 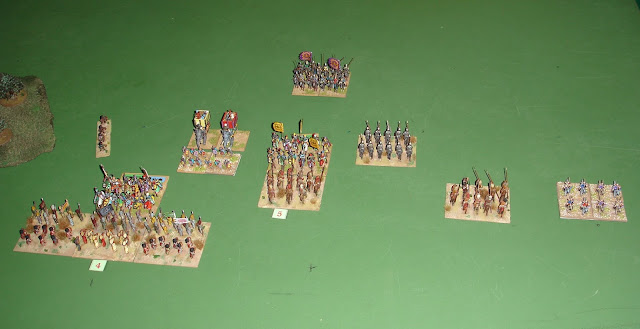 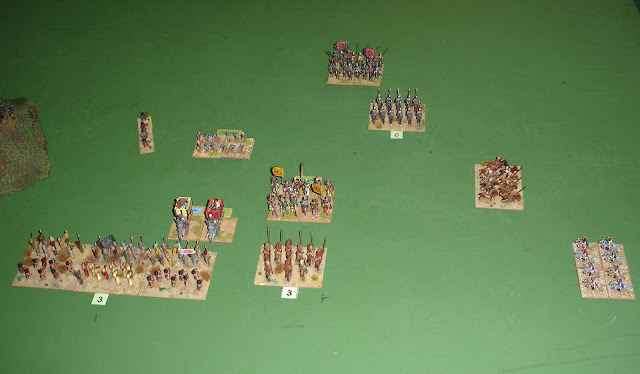 They faired poorly against the Arab spearmen,
but bested the Arab cavalry.
The elephants charged but ran out of puff just before contact. 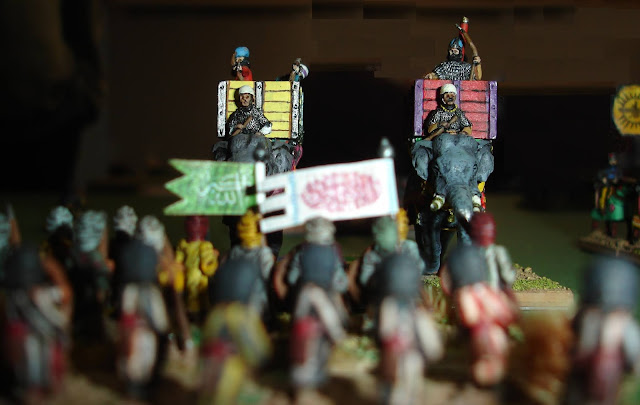 Puffed out elephants are subsequently shot to bits. 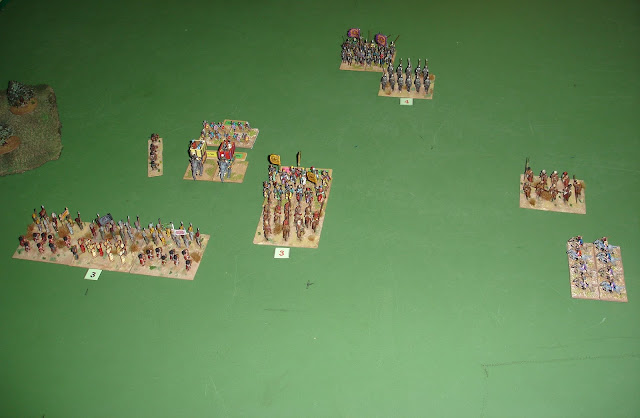 Meanwhile the remaining Arab cavalry had got the better of their opponents
and the Sassanids called it a night.