S/O 43 EOT THE AXIS GET THE TRIFECTA - THE INITIATIVE, BAD WEATHER AND EOT! 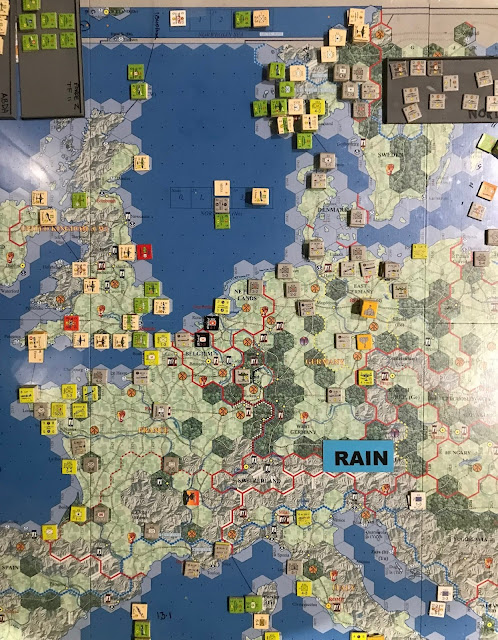 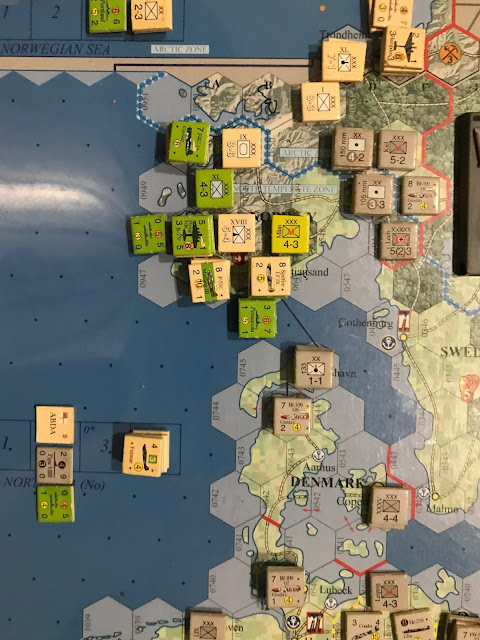 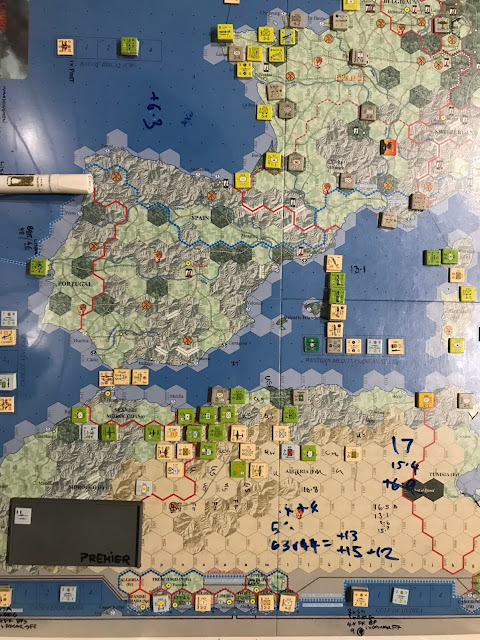 Western Med - the Allied air-forces finally control the W Med as the Axis did not want to come and play. They were right not to as the CW finally rolled a glorious 1. 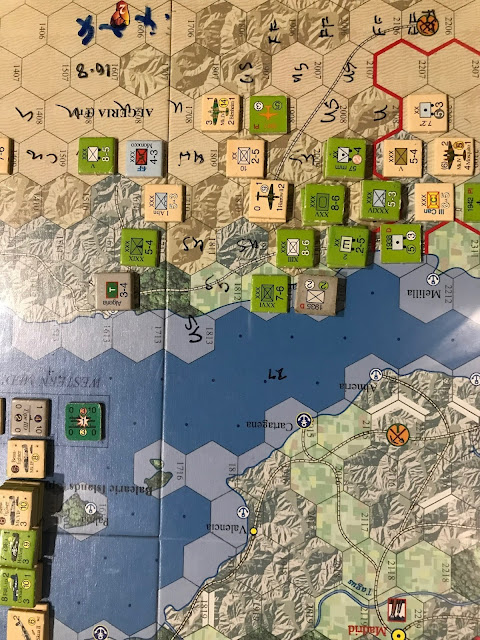 The 9.5 Arm III Corms is finally eliminated and Oran is now surrounded and OOS 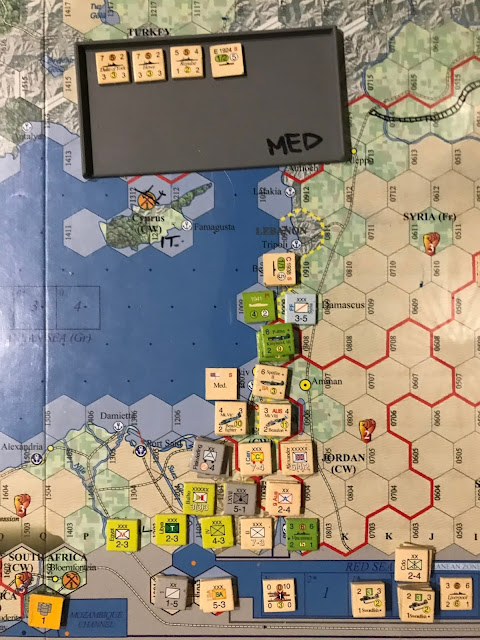 E Med OOS but that will change 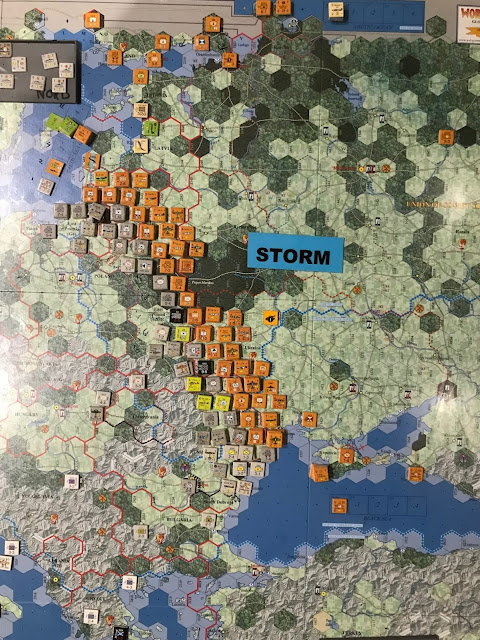 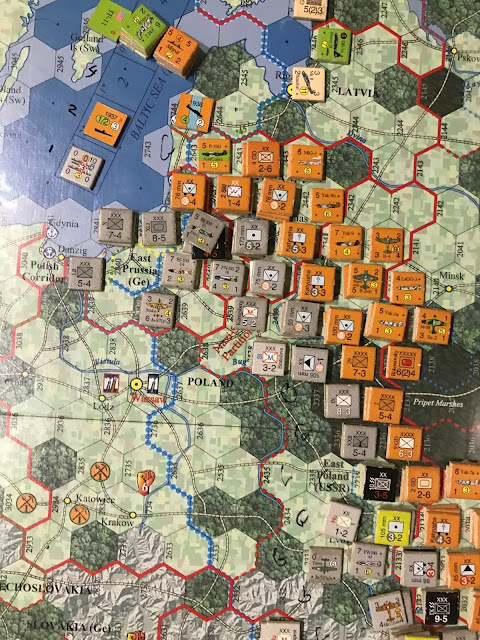 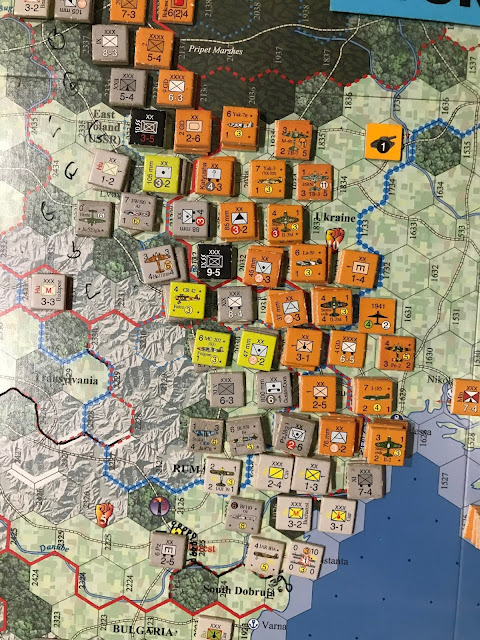 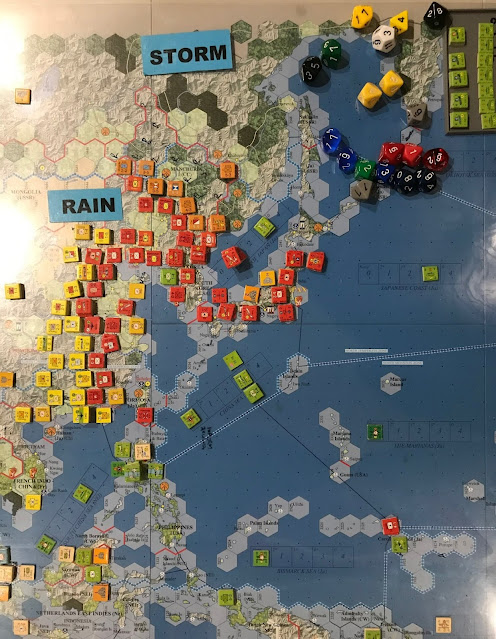 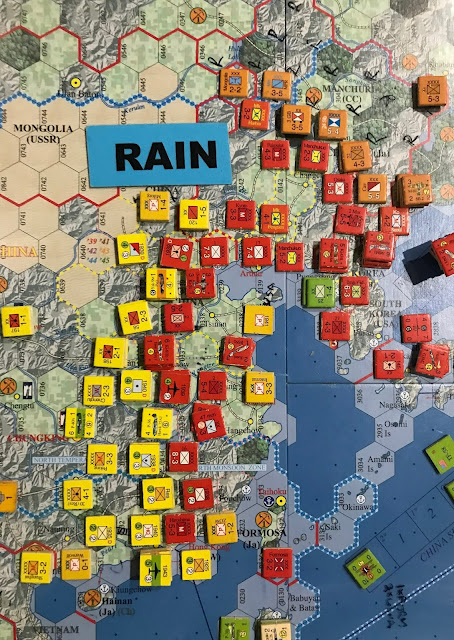 The Partisan counter attack with success on the coast - it is getting grim for Japan
Comment on Facebook post by Robert Guerrero
Honestly, without a factory or the ability to get the resources out of China, and with no objective hexes in hand, there is no reason to have any of the Japanese army in China at this point 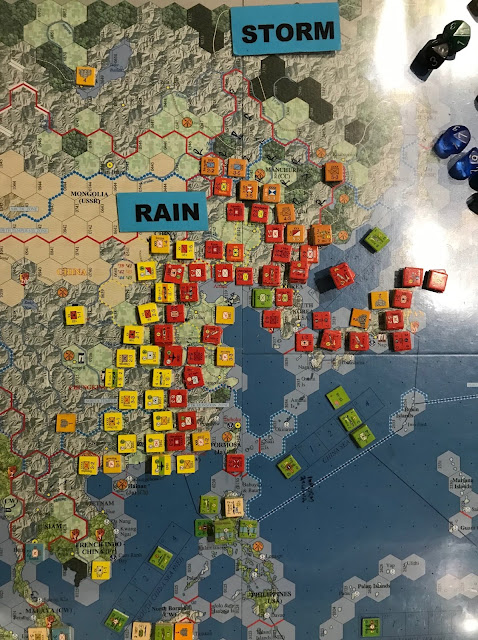 Not pretty for Japan as her enemies start to surround her 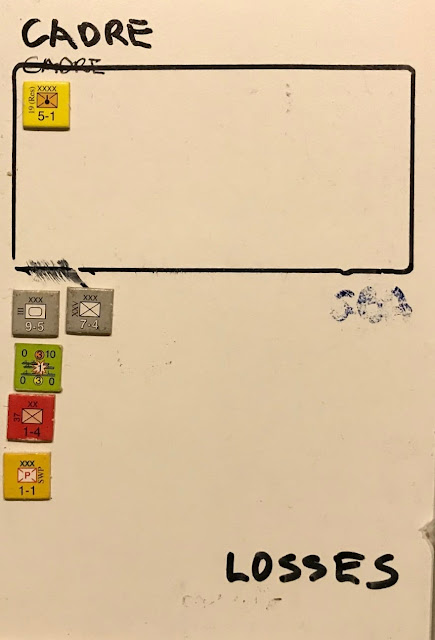 First impulse losses
Posted by Sun of York at 10:54 AM