The Battle for Germany

Today Richard and I played new production of a classic SPI game. 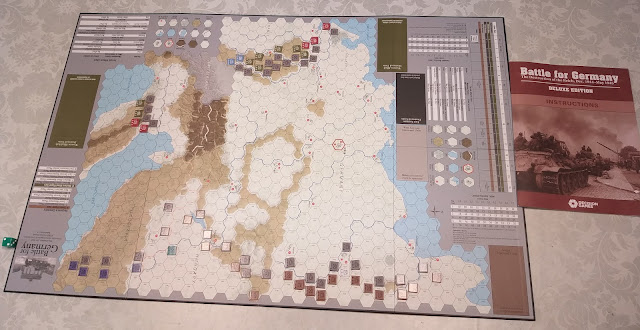 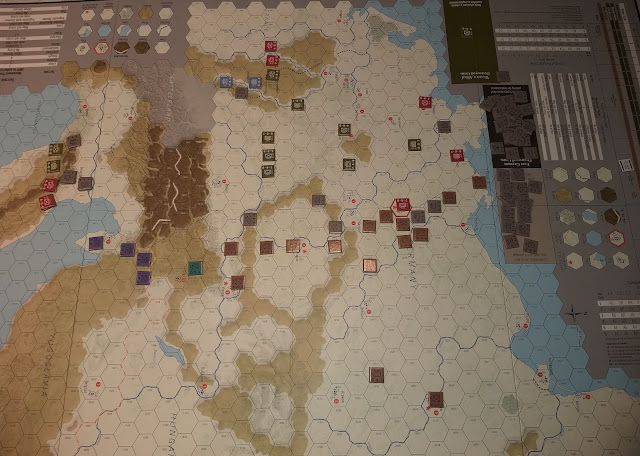 The fascinating thing about this game is one player is the Soviet/West Front Germans and the other the Western Allies and the Eastern Front Germans.

That's a Canadian unit in Berlin.  Worth 10 VP it clinched the game for the Western Allies played by Richard.  The scores were 17 to 26.  But as berlin is worth 10, it was really quiet close.

Looking forward to playing it again.