For this game Des took command of my Byzantines in his first Impetus game in 15mm (he had played once before in a multiplayer 6mm game, this time he was on his own).

The Arabs went down in a screaming heap. 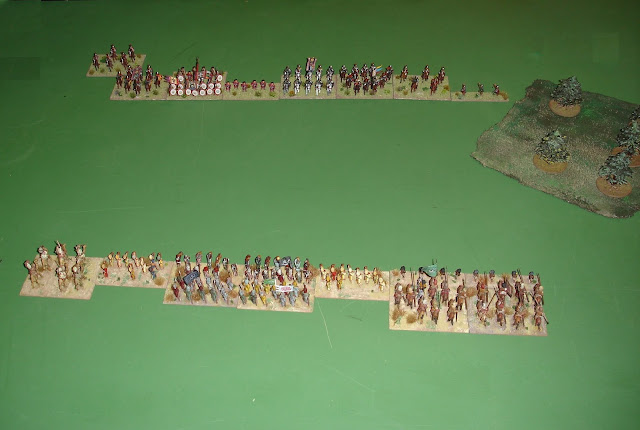 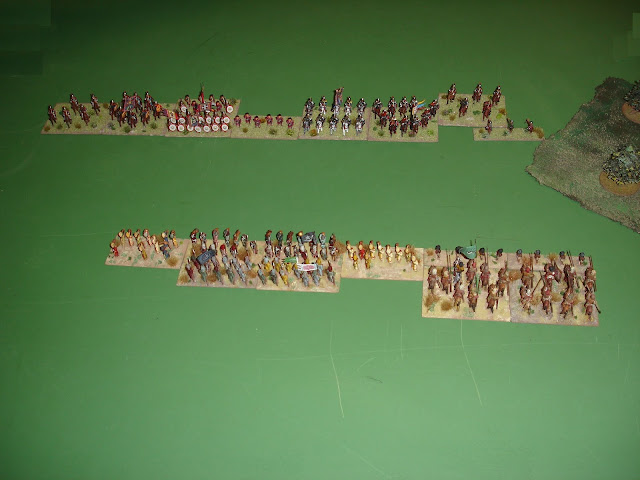 Both sides advance.
The nomads guarding the Arab left flank have been shot away. 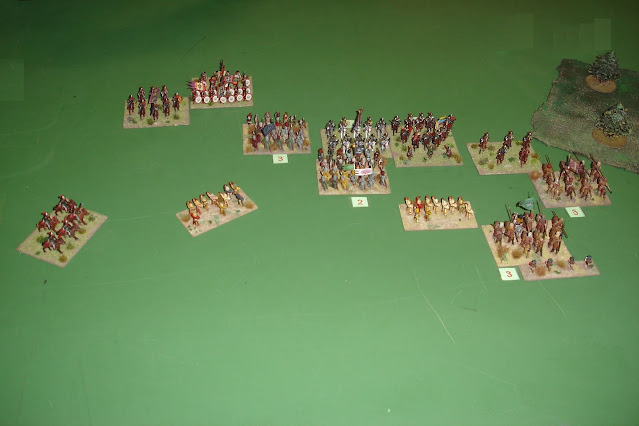 All forces are now engaged.
The Arab right flank cavalry is having problems. 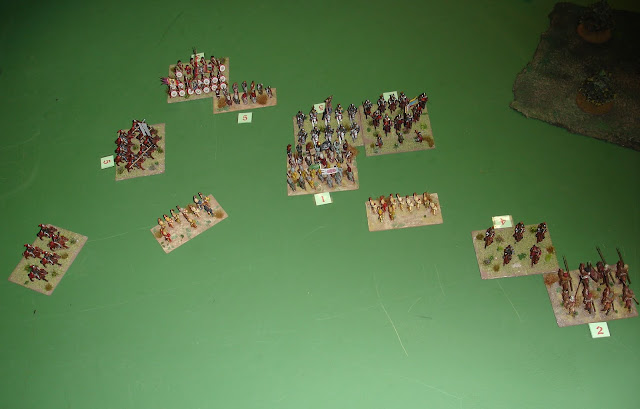 The whole Arab army is now having problems. 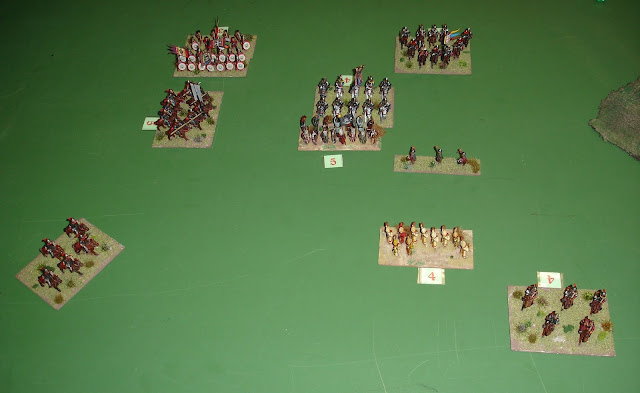