For a previous AAR on this scenario see here.  That post provides background as well as links to the scenario details etc.

For this third play through, Simon was the Germans and I was the Soviets. 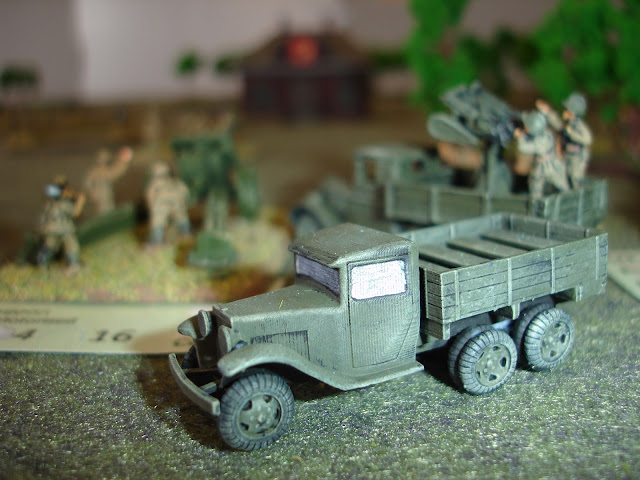 Beauty of Rommel is that you can have all sorts of kit on the table. 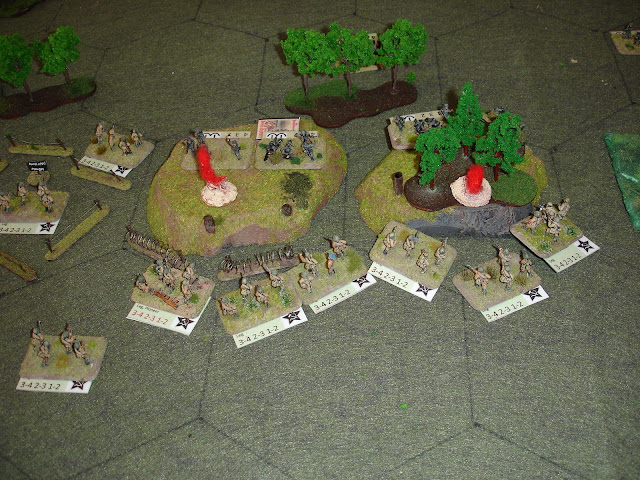 The 274th Rifle Division makes its first attacks.
In this sector the German 113th Infantry Division has the advantage of some good defensive terrain. 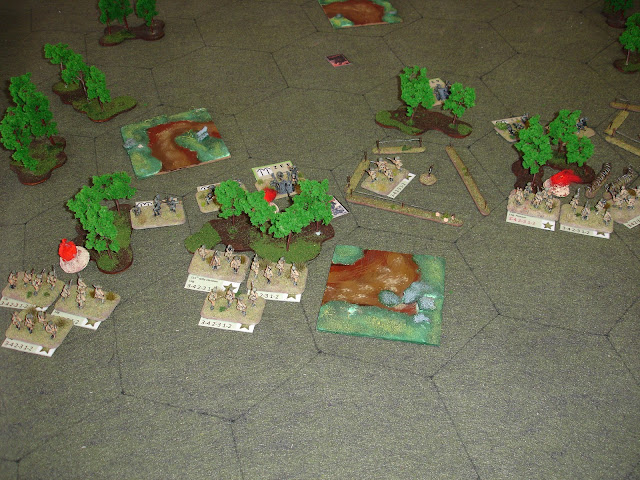 On the other sector the 215th Rifle Division is facing fewer Germans,
although there are some minefields to contend with. 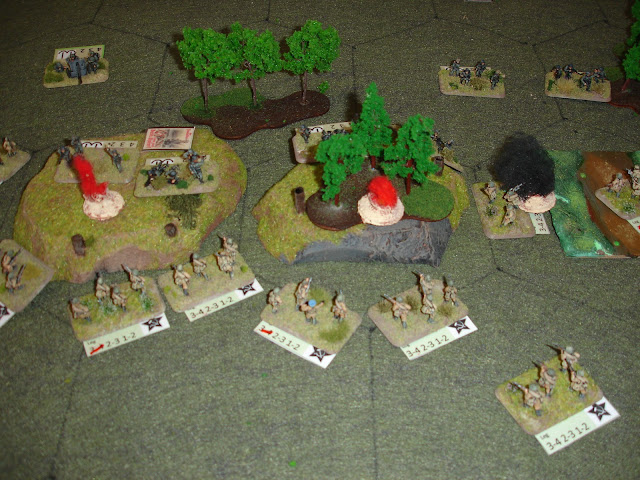 The 274th continue their attacks.
They are taking causalities with little to show for it. 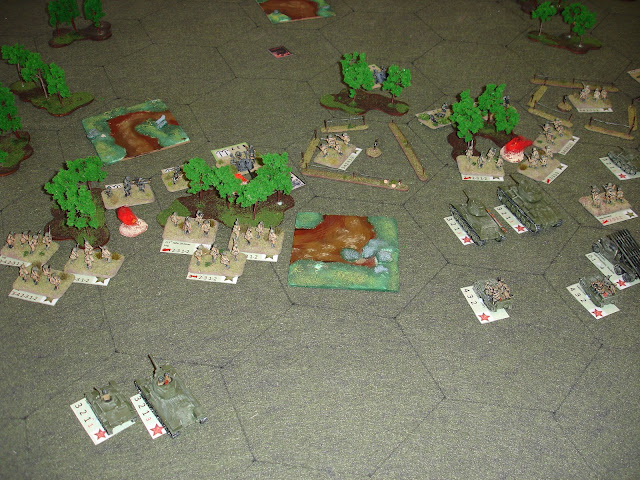 However the 215th are making solid progress, having penetrated the German lines. 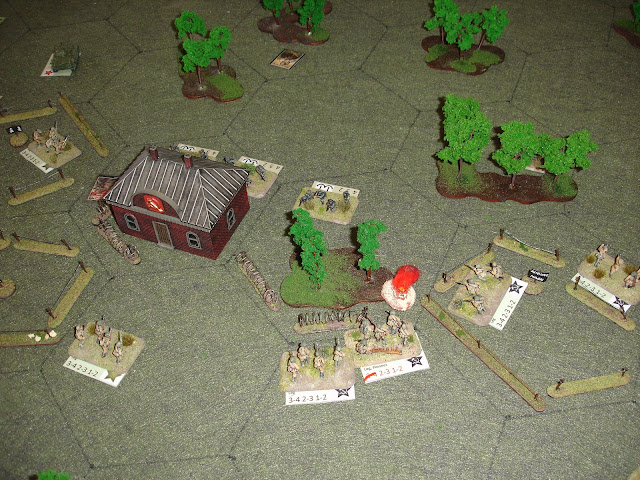 The 274th's assault on the hilly area has stalled,
but a diversionary attack is made on the outskirts of the urban area
where the Soviets hope for better success.
Their aim is to stretch the German line to breaking point. 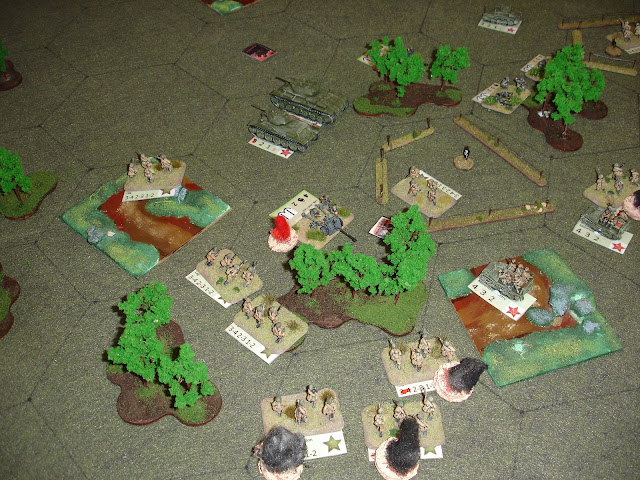 Meanwhile the 215th, now supported by the 42nd Guards Tank Brigade
have been able to breakthrough, surrounding some Germans. 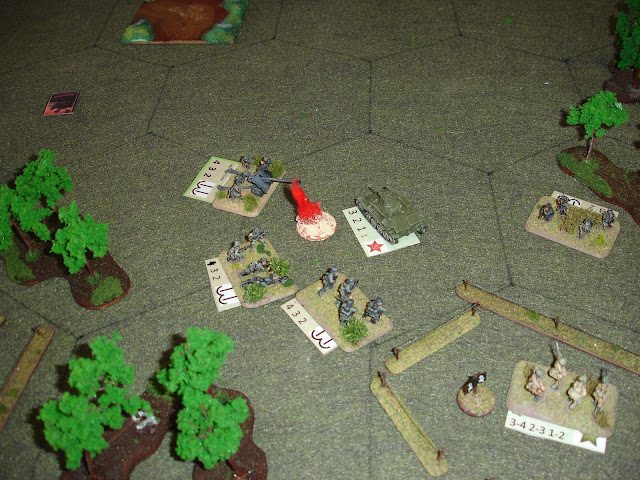 The Germans breakout of the trap.
The 215th have been denied their prey. 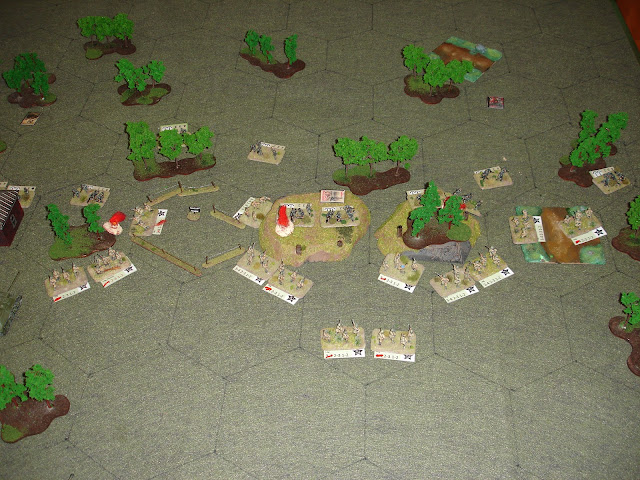 Things now switch back to the 274th Division which renews its attacks. 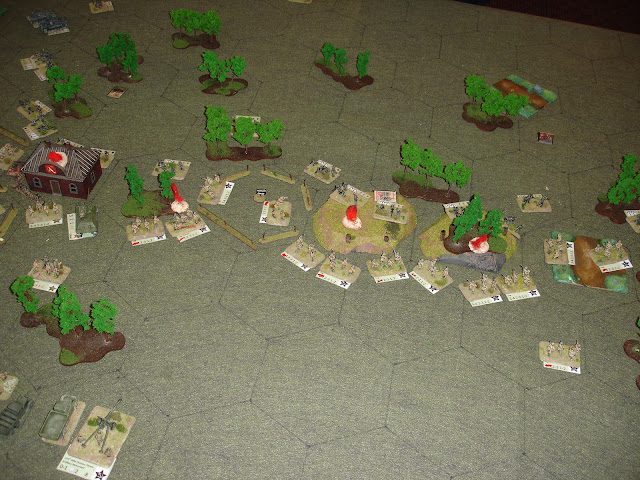 The fighting is relentless and casualties are mounting on both sides,
although actually eliminated units are few 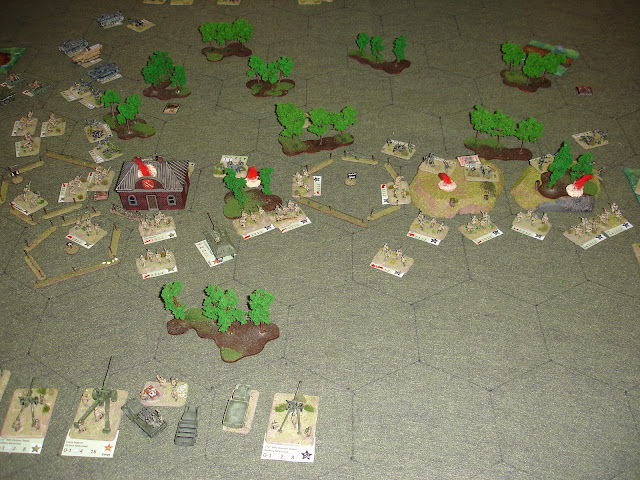 The casualties on both sides mean the ability to inflict further pain is significantly reduced. 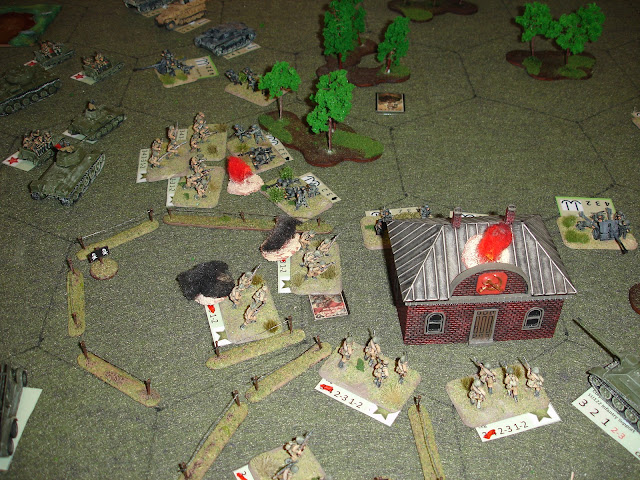 The 215th have been able to get in place to assist in the attacks on the urban area. 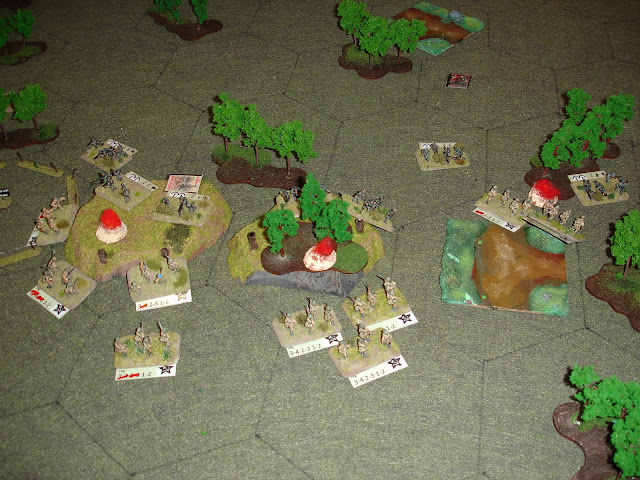 A last desperate attack by the 274th fails to dislodge the defenders. 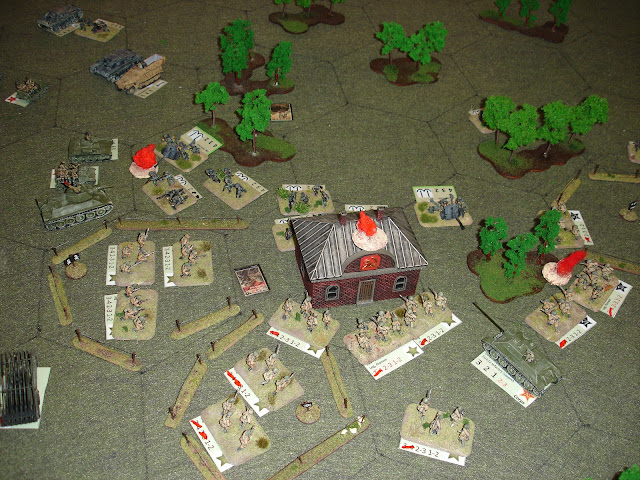 The fighting is in the balance, but time has run out.
The Soviets do not have the strength to carry on fighting
and the Germans still have some fresh troops they can shuffle into the cauldron.

The situation as seen from the German side.
We had one turn left to play, but the Soviets were spent.

Really glad I got to use my new German 50mm AT gun bases.  Excellent game, but time to move on to another scenario.