Having only recently played this scenario (see AAR here) Simon and I swapped sides and gave it another go on our club's Saturday Games Day for this month.  It is a challenging game requiring lots of grit, especially in face of vagaries of a D6 combat system. 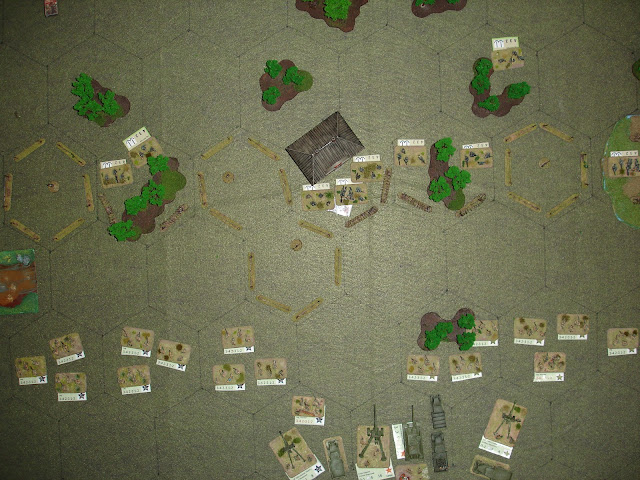 The only trouble I have with Rommel games is being able to take photos that do justice and tell a story.
Here we have the two Soviet Rifle Divisions about to start their attack towards the main urban area.
Okay, one house does not a city make, but use your imagination :-) 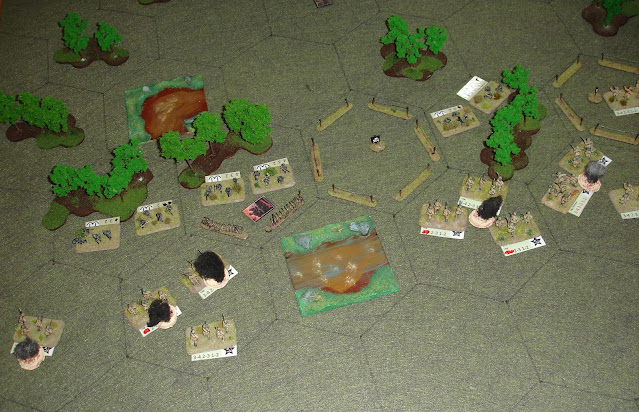 Attacks go in on the right of the German position.
Pioneers start to clear a minefield.
WHOOPS.
Turns out Pioneers do not clear minefields. 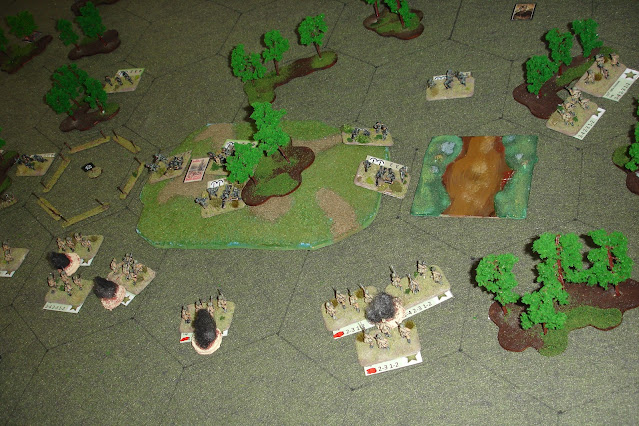 This hill was the killing ground.
It first wrecked the 215th Rifle Division
and then the 45th Guards Tank Brigade.
The black smoke represents "tipped" units,
a Rommel term meaning used or spent. 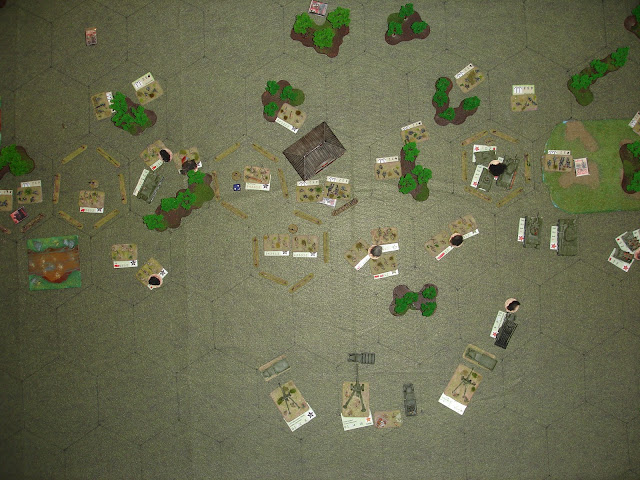 A red pen was used to mark Soviet casualties.
Easy to see in the above image that they are starting to mount. 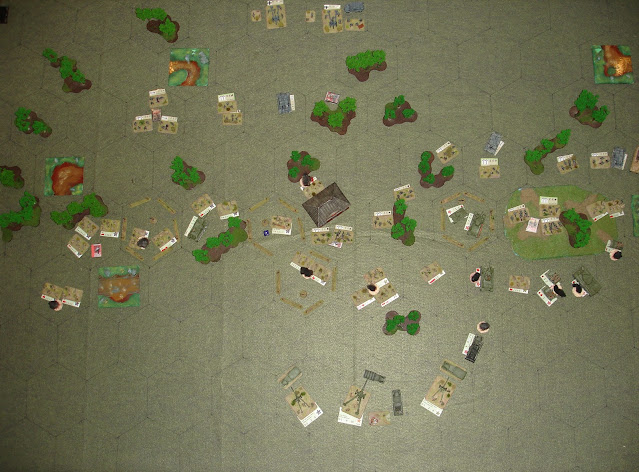 The fighting has been non stop,
but the Soviets are starting to run out of men.
The Germans have skillfully pulled back to save their manpower. 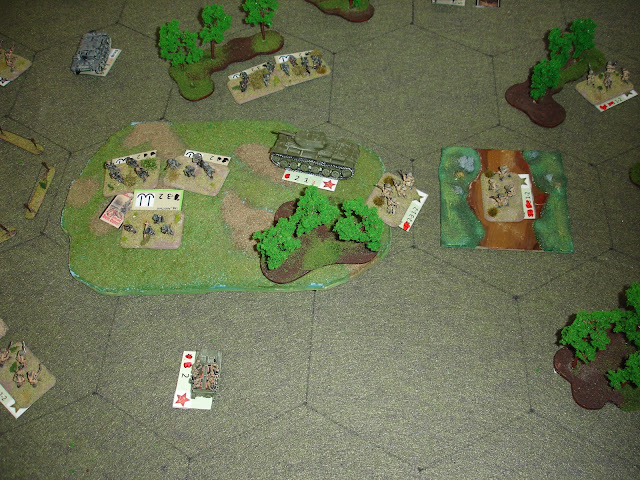 At the end of the day, the Germans still hold that hill! 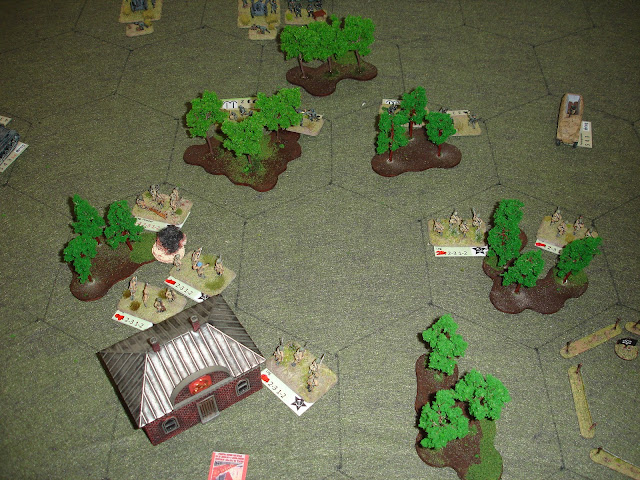 In the centre the German withdrawal allowed the Soviets to take the urban area. 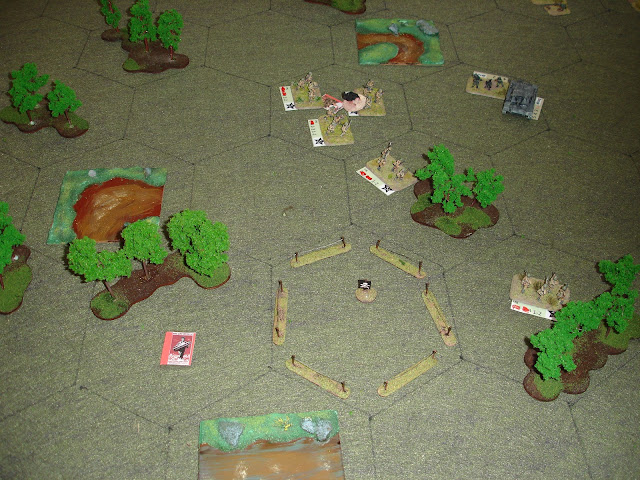 It is only on the left (the German right) where there was a modicum of success. 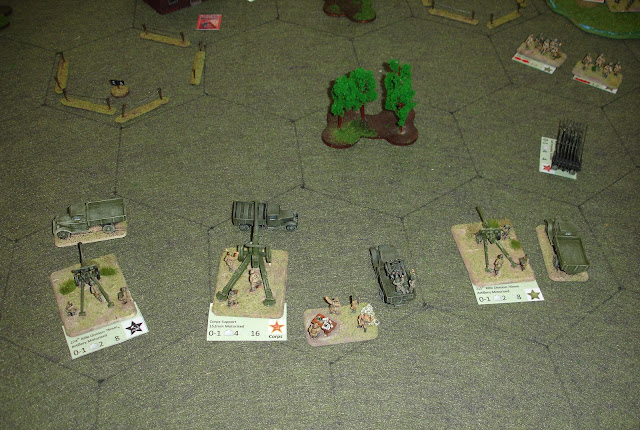 The Gods of War.
While tough for the Soviets, it is no picnic for the Germans.  Certainly worth playing again (especially now we know the minefields can't be cleared).