The second impulse of the January/February 1941 turn continued as forecast: snow.

As the war was supposed to have been over by Christmas, the German forces have not been fully supplied with winter camouflage. 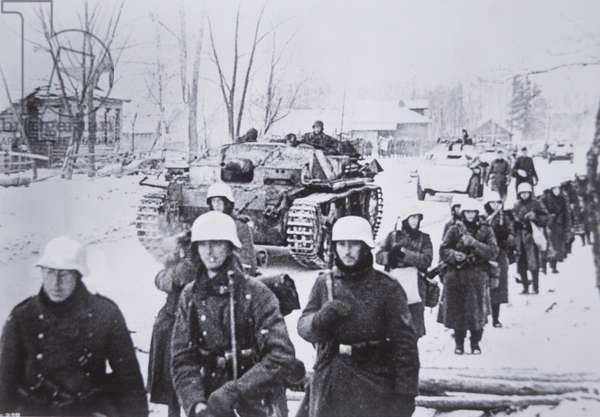 A lick of white paint on the old coal scuttle
and the dastardly Brits will never see us coming.
A blitz attack on the British Imperialists to the north of Paris saw them flee back across the Scene without casualty. (It was just a plus 6 attack and only an 11 on the die roll, but the result produced the desired/essential retreat).
The Germans helped the French pack up the Maginot line and sweep the streets of Strasbourg. (A plus 11.6 assault with a die roll of 9 just managed to take out the three defenders for one loss).
There was a third impulse!  Want to know what the weather was?  Snow!  Germans troops boarded trains and headed east (seems they just can't get enough snow).
The initiative for March and April was seized by the Allies who rejoiced in two more impulses of snow.  As a result nothing happened (noting that an attack on Paris, while feasible, would start with a minus 7 modifier).
However the Reichsbahn was busy shunting stuff east. 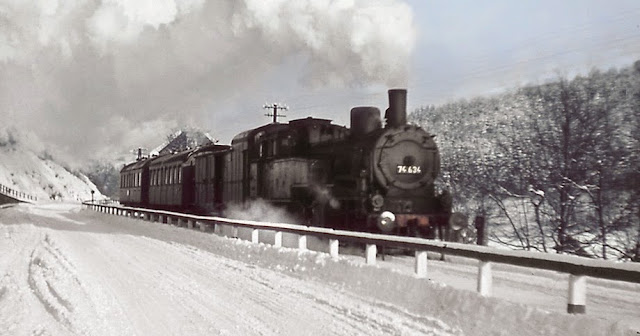 Why east?  This was to stop further Soviet aggression against its neighbours.  A significant buildup had been spotted on the Finnish border as well as in the Far East on the border with Japan.
May June dawns bright and early.  The Allies win the initiative, but this time the Axis demand a reroll and seize the day!  What will the weather be?  Fine.  Fine!  FINE!! Finally (no pun intended).

The snow stopped supply of Swedish iron ore due to the warm water ports they would use having been mined by the British in 1939.  Boo hiss!  In even more poor form, the British had bombed a kindergarten in Dortmund, forcing the workers to stay home and care for their kinder.  This loss was offset by scrapping some outdated planes.

Things to note:
1. Another Armoured HQ is being built.
2. The build continues to cover all arms, but is now starting to double up with the increase to the Production Multiple.
3. In order to wean itself of Soviet oil, a Synthetic Oil Plant has been commissioned.
4. Regardless, the short turns have produced a significant oil surplus
5. Which has been able to offset the loss of Swedish resources and also make sure all factories are producing.