Richard provided these figures as part of the Roman purchase.  While somewhat superfluous I have a lot of suitable slingers to use with the Romans, the figures were too cute to leave languishing and besides there were only eight of them and easy to paint.

I was thinking of making three Impetus bases using three figures on two and two on one, but I decided to go with the traditional WRG allotment ratio. 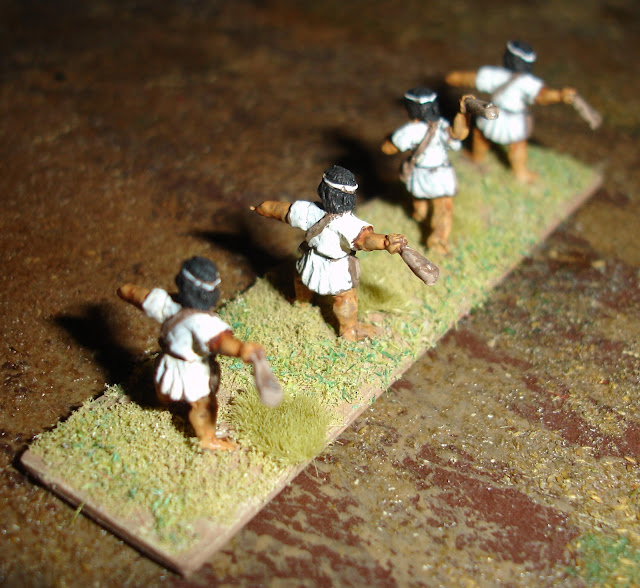 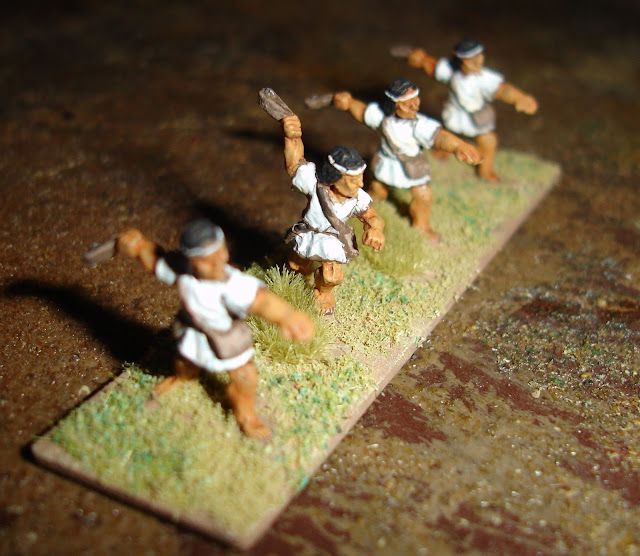