War For The Union - Part Three

A short session this week, just a couple of turns, but lots of fighting. 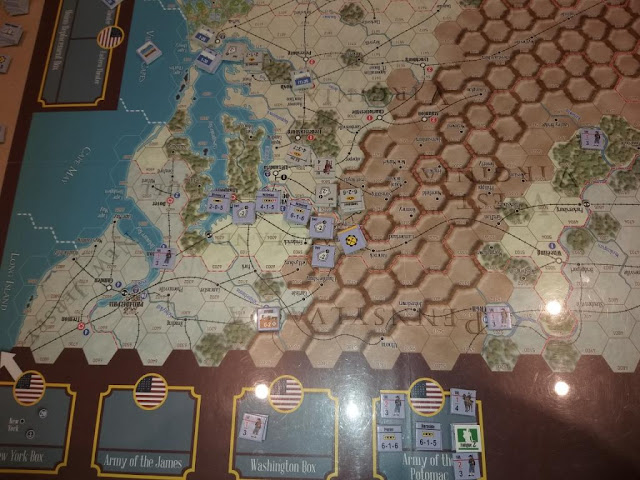 McClellan made another short foray across the Potomac to destroy the fort at Alexandria,
but he is now keeping to the north bank as Lee has arrived.
In follow up action against a Union rearguard left at Alexandria,
both Heintzlemann and Stuart were wounded. 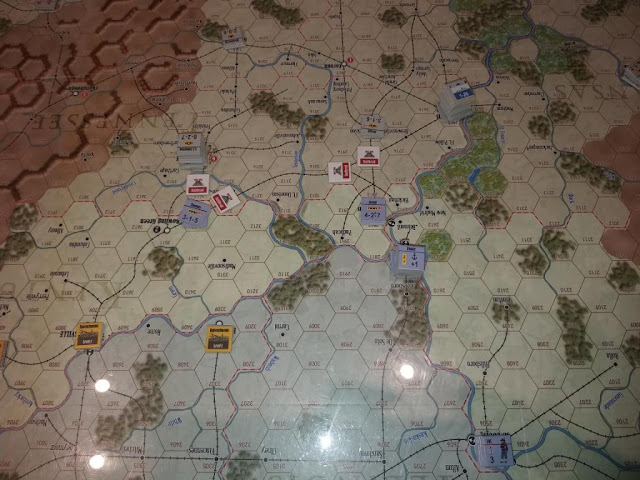 Both Grant and Thomas were in action,
the major action however was multiple riverine battles
at Fort Pillow that saw ships sunk and damaged on both sides. 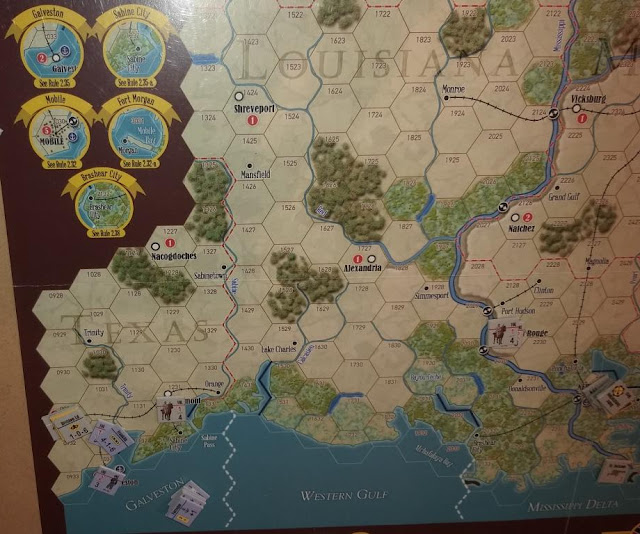 The Union seized Galveston, but failed to take Houston.
The Confederacy have now recruited more troops, so things might get even hotter.