How would the Romans fare under the command of their new owner?  Mark B's Sassanids were about to find out... 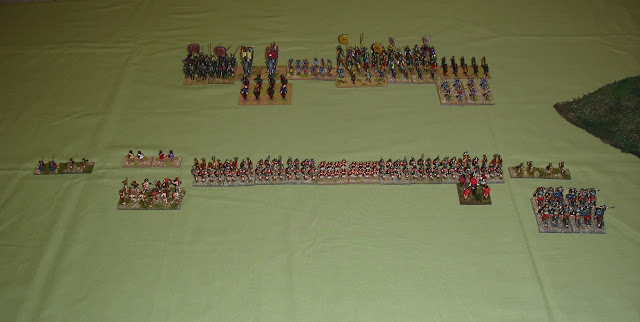 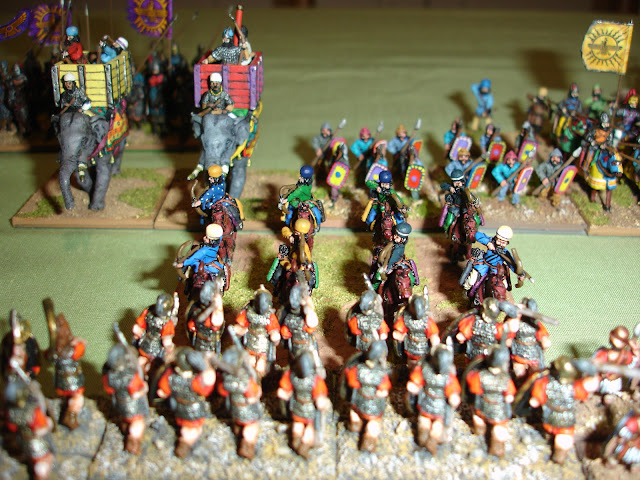 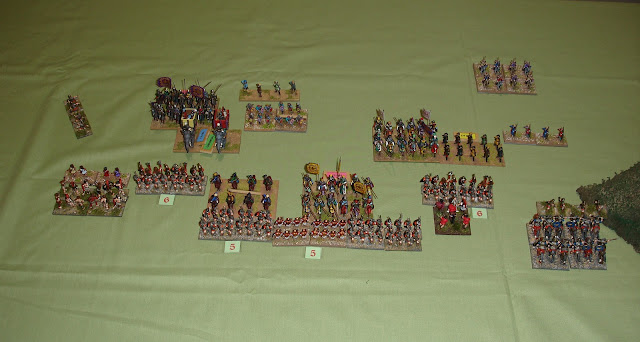 The elephants have been thrown back into their commander's cavalry.
The technical term for this is Ouch or Squish. 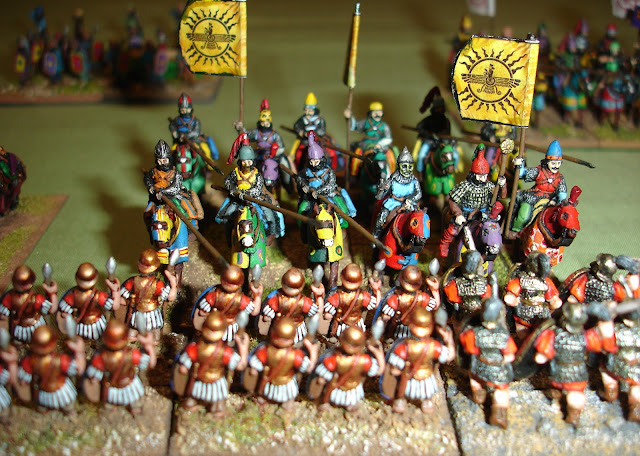 The Sassanid cavalry have a hard time against the legionnaires. 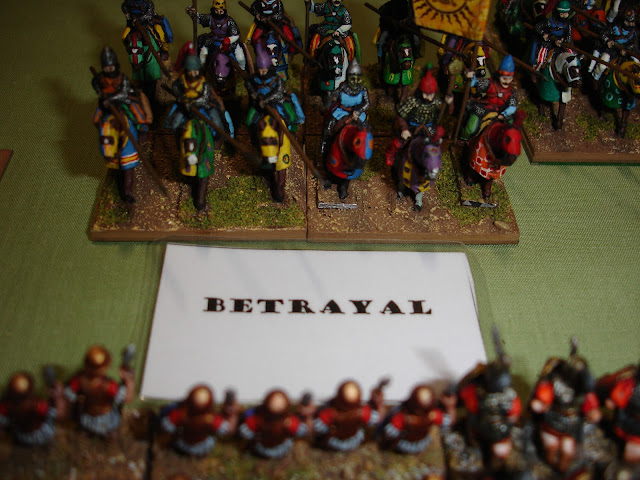 The Romans use the Betrayal card
and for once it works!
(The original roll of a 1 was rerolled as a 5 and the unit routed) 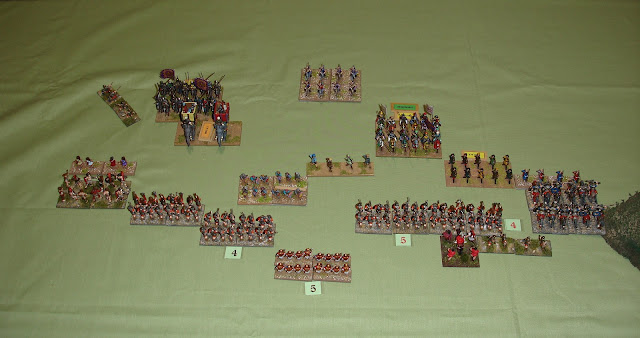 The elephants are again repulsed
while the rest of the Sassanid line starts to thin out. 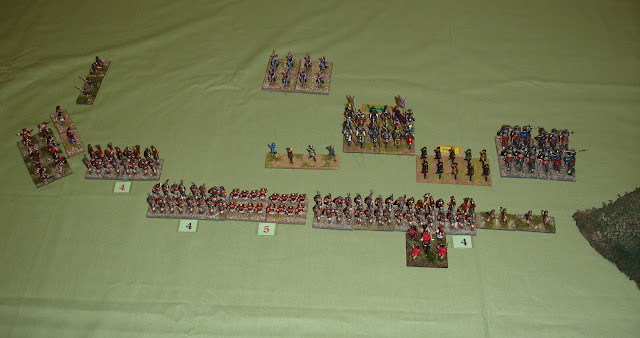 In a final insult,
the Roman slingers are able to panic the elephants
who rampage back into the already seriously squashed Sassanid cavalry,
totally demolishing them, commander and all.