November/December 1940 was over before it began.  All we got was two impulses of snow.  The Allies had an extra period of rain which at least allowed the Swedish iron ore to get through.

After a bit of bother, the Luftwaffe did an excellent job of supressing the British occupiers of Rouen.  Taking this as a sign the Wehrmacht launched an attack.  The British chose to retreat and fled the city to relief of the inhabitants who were sick of tea and scones.  (A risky plus 5.3 attack which the British declared a blitz and the die roll of 14 produced a result of 19 causing one loss to the Germans but they took the city and it's commander Gort found himself isolated in Le Harve.  If the turn had gone on...) 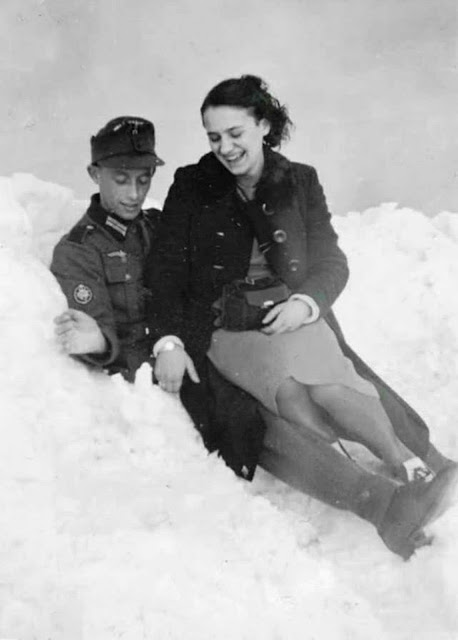 Still seems woefully inadequate for what has to be achieved.

And guess what?  More snow.  At least the Axis reclaimed the initiative.  Operation SchneeBall was launched to capture Metz.  (A plus 14.7 assault with an 11.2 die roll producing a TOTT result). 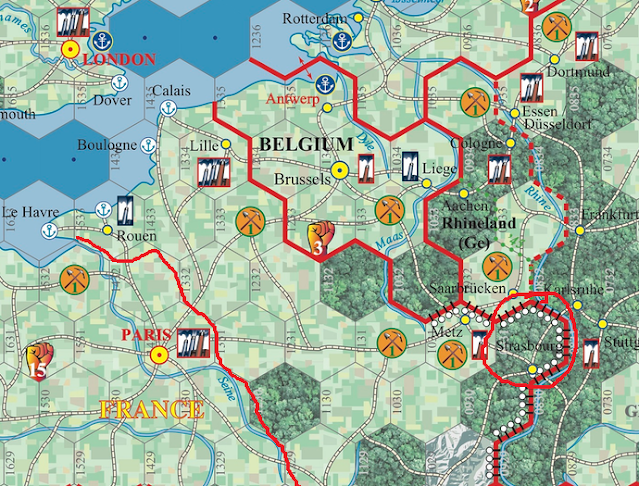 A northerly approach on Paris perhaps and liquidation of the Strasbourg pocket are on order
Elsewhere not much is happening.  The British are building up in Africa and the Soviets are now massing on the Finish border.  Italy is still at peace and Japan has been provoking the USA with its relentless war in China.

The January/February 1941 turn will continue next session, in two weeks time.  For the second impulse there is more snow.  Who would have thought?