Let's start with May/June production, always one of my favourite parts of this massive game.

With an eye to the future Germany has built another Synthetic Oil plant
as it knows it cannot trust the USSR to keep supplying oil.

The French are overjoyed that the British Bolshevist Collective have been booted from La France. 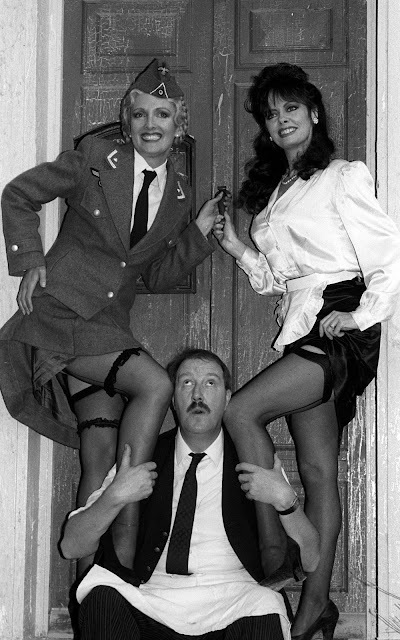 With the British gone, French business is really looking up.

Following an early Brexit, Britain now stands alone although at this stage still have the enslaved races of the Commonwealth at their disposal to die for them.

British Imperialists try to take Aquitaine (Guiana in the local Occitan language), but have to settle on establishing a French puppet regime in French Guiana and seizing some islands in the Pacific and Indian Oceans. 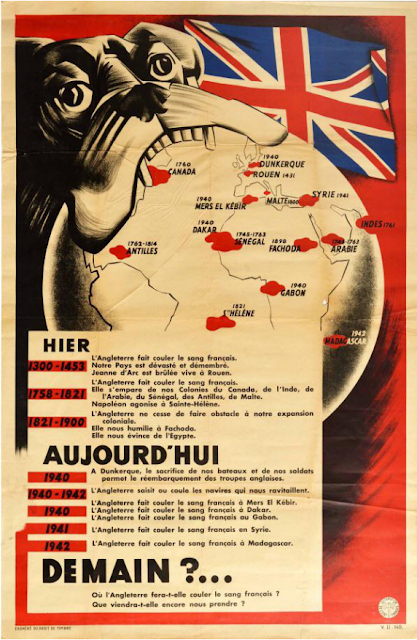 The French remembering everything the British had done to them.

After skillfully winning the initiative (that include an reroll by the allies and them wining ties) Germany declares war on the USSR, not.  Needing a modified garrison value of 119, they could only achieve 117.5  There are many things that could have changed this: had the last turn gone on there would have been 2 more points in the German's favour; if they had done better than pick two 1 chits that would have made all the difference; perhaps just one or two more units built an deployed east.  But it is what it is.  Peace reigns, or not.

Japan declares war on the USSR.  Some one has to do it I suppose.  You would think the US would be overjoyed, but they are not.  A chit to them, on top of the ones they picked up for being shocked at France repudiating its abhorrent socialist ways and throwing off the British shackles.  The US don't seem to know who their enemies are.

Germany gets busy creating the European Economic Community with a non-communist market, an expanding European Union which quickly grows to include Hungary, Rumania and Bulgaria.  The US, having lost access to pasta when Italy entered the war, for some unfathomable reason greets this news with alarm.  Clearly they are being subverted by Bolsheviks!  Their response is to move their fleet to Pearl Harbour.  Is their plan to replace pasta with noodles?