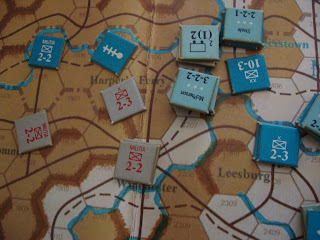 McPherson secures Harper's Ferry,
but has a hard time making progress down the valley 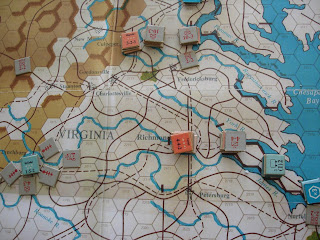 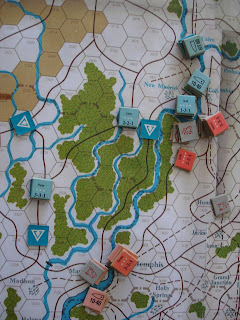 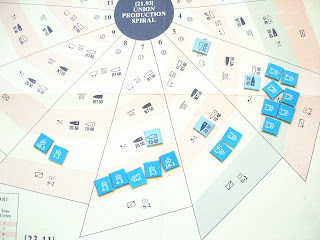 Builds have become a trickle. 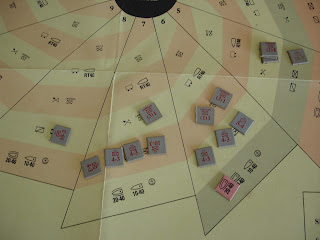 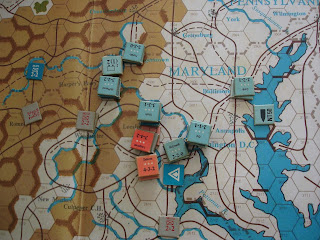 The Rebs return.
The last two turns had 0 initiative for the Union.
4/62 starts out the same way,
but Crouch again comes to the rescue.
Longstreet hesitates to attack... 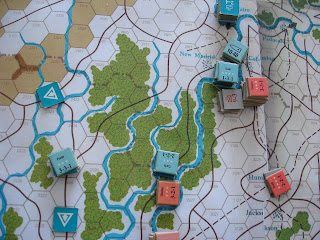 Curtis is roughly handled by Gordon. 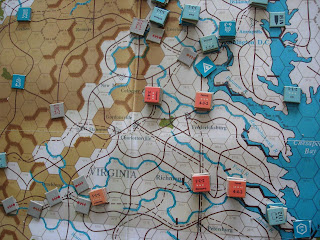 Longstreet retreats as does McClellan 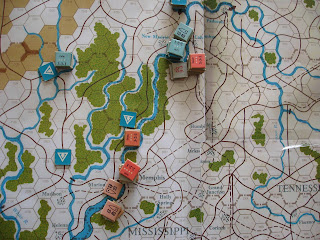 The Union invasion of Arkansas is called off.
The last three Union initiatives for 4/62 were all 3s.
Good for fast getaways. 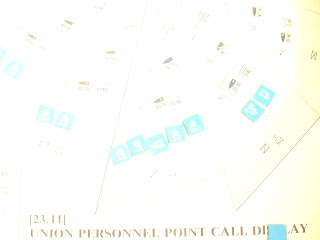 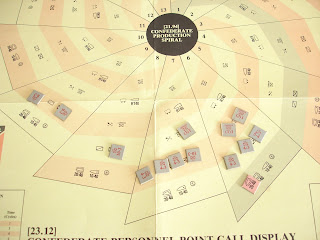 The rebs are building with the same manpower as the Union. 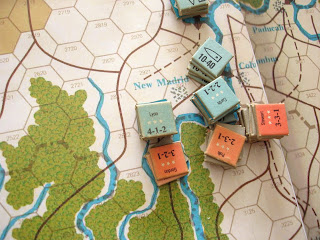 Lyons strikes back.
It's a battle of attrition the Rebs are not prepared for. 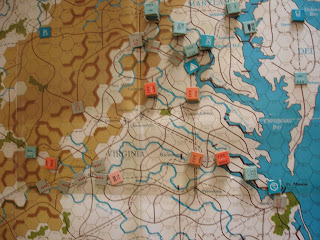 The Rebs again advanced and retreated. 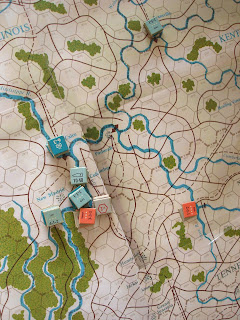 As they did in the West.

The Initiatives chits for the Union had been 1,0,3,3 for 5/62.  More importantly they have been able to implement some corps structures for their leading generals and this will help them form an offensive in the future.

It is also now summer and the initiative pool is about to improve.