We rejoin the game in the build phase of  February 1862.

To recap, the previous year's fighting had lead to stalemate on the Mississippi, McClellan being given command of the Army of Ohio and sent to the Cumberland Gap, Fort Monroe under siege and the Union hold on Savannah under pressure. 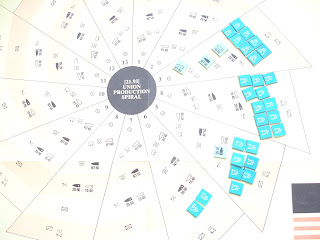 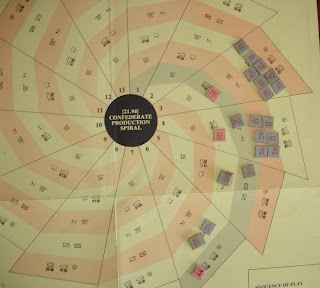 The Rebs are building with half the manpower of the Union,
it is beginning to show. 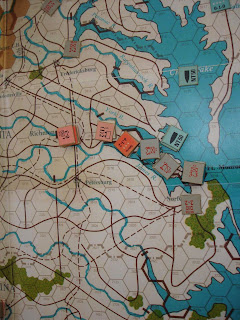 The desperate situation at Fort Monroe.
The rescuers are now besieged.
The garrison of Fort Monroe were hungry, but tightened their belts (I threw a 6 requiring 2 supply points.  They only had one.  On the effects table I then threw a 3 which meant they didn't lose anyone.  Their previous binge eating had paid off.)
Not so for the besieging force which lost over half of its strength.

GT 34 has the Union with 3 initiative. 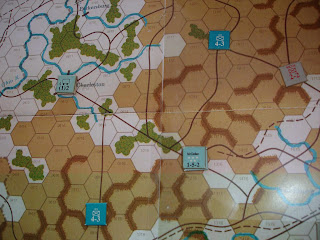 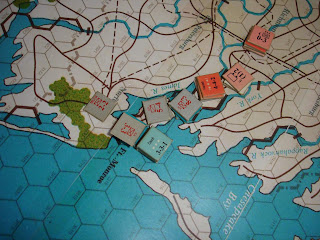 Major General Darius N Crouch arrives.
The Rebs taunt him to make an amphibious landing.
He thinks about it... 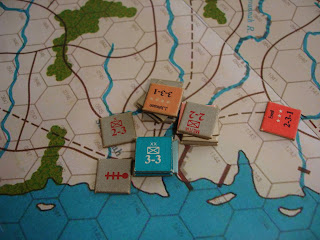 The Rebs lead by J Johnston commence a battle of attrition for Savannah.

GT 35 again has the Union with 3 initiative 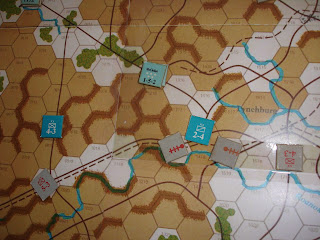 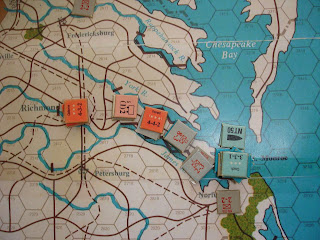 Crouch lands and the Rebs retreat. 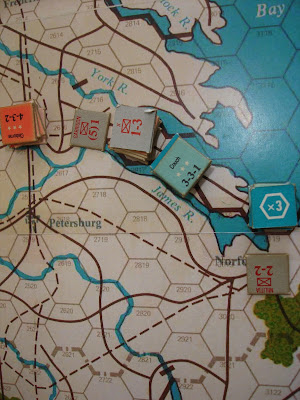 Crouch follows up.
The previous relief force is saved. 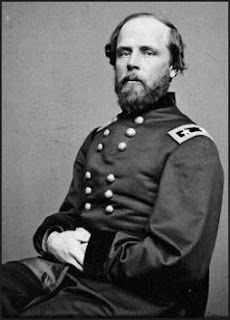 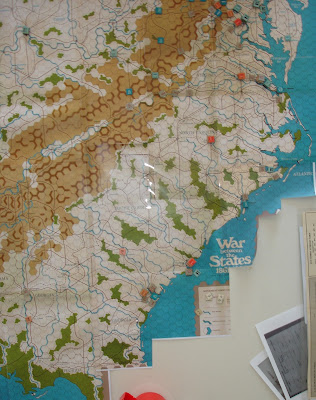 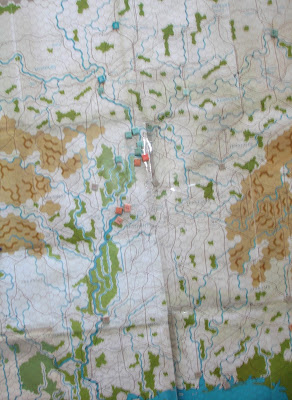 The last week of February had the Union with 1 initiative, but that was enough for Crouch to send reinforcements to Savannah.  They arrived in the nick of time. 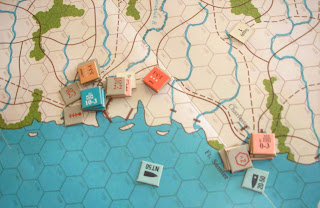 3/62 builds for the Union were augmenting a 5-3 division to a 10-3 and converting 2x4-2, a 3-2 and a 2-2 militia to infantry and the build of two supply trains and another naval flotilla.  Naval flotillas are starting to come into use to blockade Confederate ports.

The next two turns both had zero initiative for the Union.  It didn't matter... 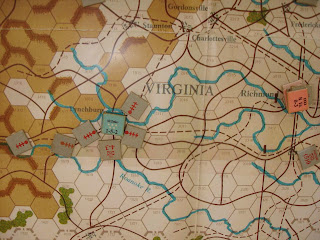 McClellan seizes Lynchburg on his own initiative. 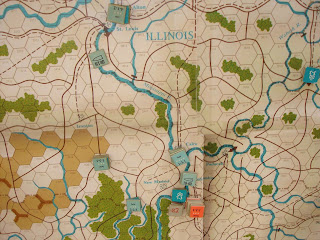 Out in the West the Union try to get its act together.
More troops are required as the Rebs have further fortified the Mississippi.
The neutrality of Kentucky limits the Union's options. 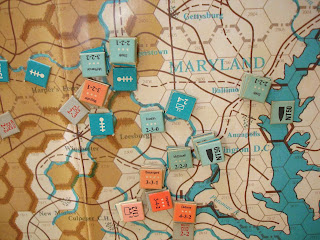 But in the most striking development the Rebs start pulling back before Washington.
In yet more amazing displays of initiative the Union actually follow them up and capture Leesburg.
Skirmishing starts around Harper's Ferry.