Return to the Skies

There's always time to fit in a game of Wings of Glory. 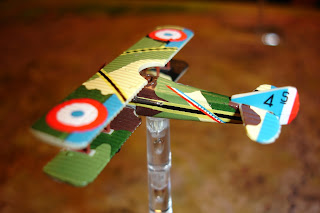 I was in control of the SPAD XIII 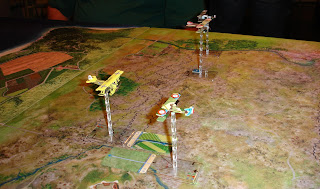 Our game was a simple combat patrol.  Simon joined me in a Snipe
as we hunted Mark B and Stephen over no man's land. 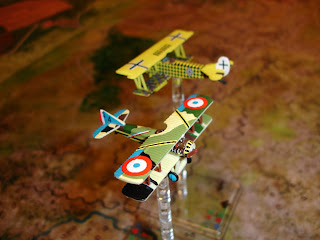 Head on shooting and Immelmann turns.
Mark B has the yellow plane. 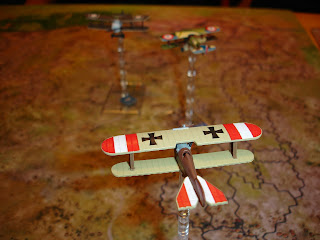 But then Stephen got on my tail.

Then I was stuck in a pincer. 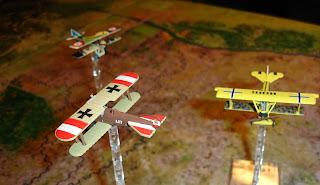 But I broke free, but my guns jammed. 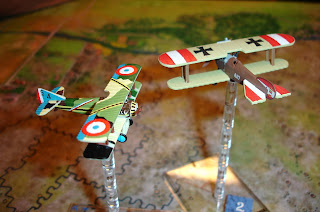 But I was soon back in action
despite a head wound.  Just a graze really.

Lots of circling.
Cleverly we had all subtly adjusted our climb chits,
so there was little risk of collision. 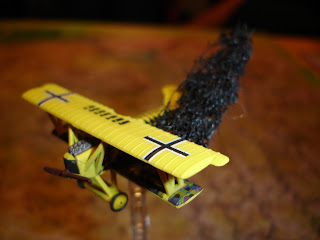 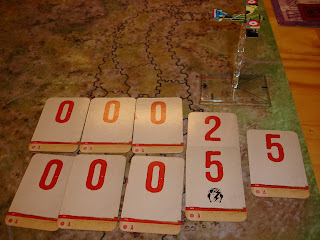 With 13 hits out of 16 it was time to return to base.
Mark had also flown off with similar damage levels. 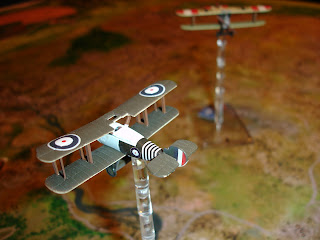 That left Simon and Stephen. 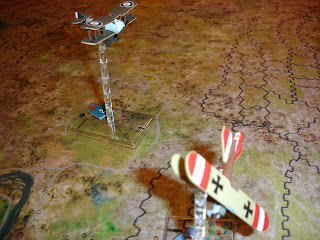 And Simon bagged the hun.

Email ThisBlogThis!Share to TwitterShare to FacebookShare to Pinterest
Labels: Six by Six, Wings of Glory