War Between The States - Elephants

Eye witnesses confirm that the newly arrived General McClellan received a telegram from General Scott that read “The general-in-chief, and what is more, the Cabinet, including the President, are charmed by your activity, valor and consequent successes. ... We do not doubt that you will in due time sweep the rebels from ...Virginia, but we do not mean to precipitate you, as you are fast enough.”410

The citizens of Lynchburg are proposing to have the words carved in stone and presented to the General as part of a lengthy program of feasts and jubilations to be held in his honour over the coming months to which they insist he attends in person.

General Butler, the Bugle’s proprietor and sole subscriber, has condemned the senseless slaughter and damage to property that occurred at Fort Monroe by the rash action of General Crouch who had descended from the sea with all the subtly of a tsunami.  What the former property of Southern gentlemen who had taken refuge in the fort thought of such shenanigans cannot be imagined.

In this week’s edition of the monthly periodical further speculation is made on the increasing trend for Northerners to head south.  It cannot just be to escape the cold.

An order is believed to be about to be raised for the construction of a large vessel that will be loaded with hay and other food suitable for elephants for a long voyage, with tanks holding a sufficiency of fresh water, and arranged with stalls so that the elephants can both stand & lie down in the ship.

Official Correspondence of the President

To King Mongkut, Siam.
I appreciate most highly Your Majesty’s tender of…a stock from which a supply of elephants might be raised on our own soil. This Government would not hesitate to avail itself of so generous an offer if the object were one which could be made practically useful in the present condition of the United States.
Ref: https://duncanstearn.wordpress.com/2016/10/01/the-truth-about-siams-offer-of-elephants-to-fight-for-abraham-lincoln-in-the-american-civil-war/

The transport of elephants by sea can be somewhat problematic. 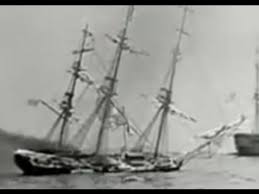 Email ThisBlogThis!Share to TwitterShare to FacebookShare to Pinterest
Labels: ACW, War Between The States