I'd been hesitant to move to the new DBA rules, but with a bit of encouragement from Kaptain Kobold and a handy acquisition of the rules, I thought it was time to give them a go.

Mark B took the Thebans and attacked my Athenians.  I'd gone for two classic armies in order to keep things simple (and historic in case James F is watching). 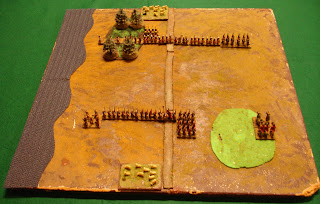 My camera decided to switch to manual rather than automatic.
Luckily I realised with the first shot of the deployment.
I like the coast line, road, wood and marsh.
Sheep may safely graze... 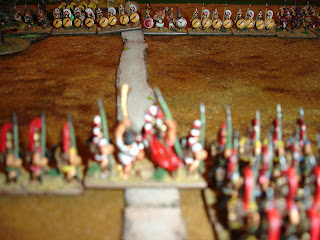 Perhaps disturbed by the stomp of feet and the blowing of trumpets. 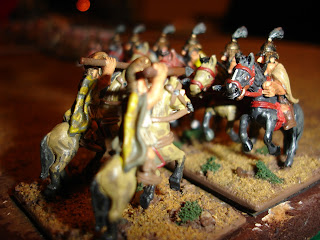 Having pushed my light horse out on my right,
I find it overwhelmed by the Theban cavalry. 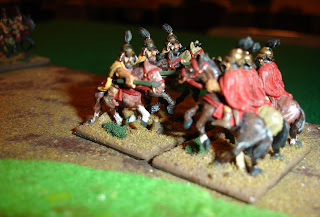 My cavalry in the red cloaks are ready to protect the flank,
preventing any Theban encroachment round the marsh. 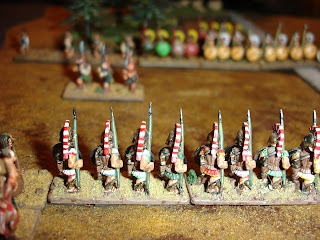 The battle lines approach.
The Thebans have thrown their Thracian auxiliaries forward. 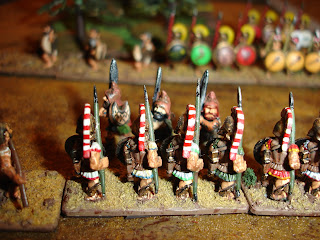 This should be an easy victory for the Athenians,
but it was not to be.
However it had caused a shift as DBA still requires elements to line up. 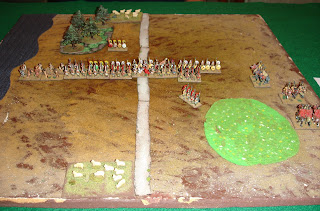 The Thebans now attack.
On the threatened right flank the Athenians lose another unit.
I am now two down... 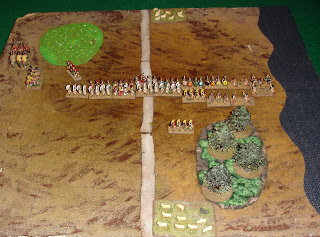 The view from the Theban side. 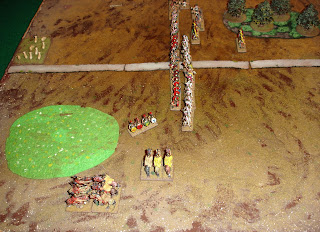 The Thebans have the advantage. 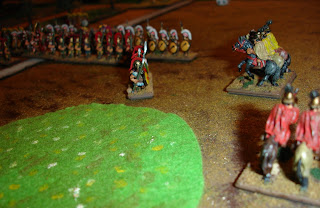 The tide turns.
The Athenian refused flank holds off the enemy (while I check the rules about flank attacks).
More importantly my cavalry have beaten their opponent. 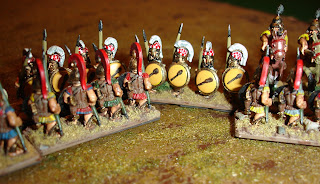 The Thebans decide to attack the refused flank. 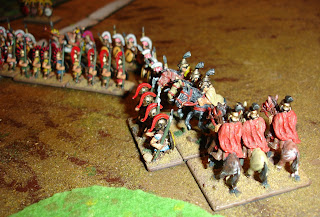 And get themselves in trouble. 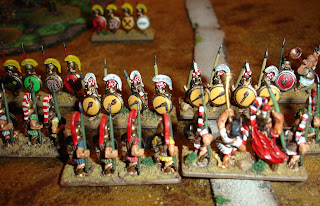 The fighting is intense in the centre.
It was around this time that the Theban commander complained about the dice
(he'd rolled four ones in a row).
I did admit he was using my cursed Burgundian dice and agreed to swap. 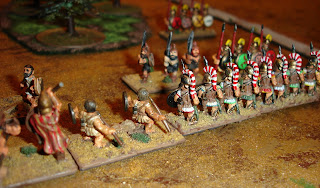 The dice come good for me and I kill some of the Theban psiloi on my left. 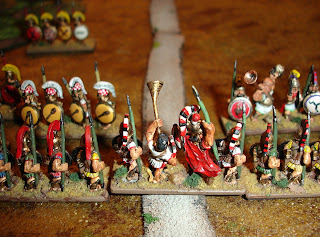 And after some toing and froing my general kills a fourth Theban unit,
securing victory. 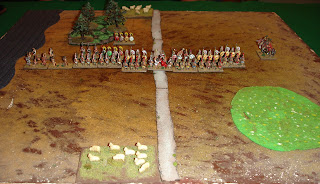 I am glad to see that not much had changed from DBA 2.2 which I thought was adequate (especially if using 2.2+).  The "closing the door" tactic has been replaced with stricter conditions on flank attacks.  The spear flank support is new as is the psiloi not suffering from overlap.  These worked well giving both troop types more resilience.

I like the BW movement.  Terrain set up and deployment is simpler and satisfactory.

All in all a positive experience.  It helps to win.