And still the weather stays fine...

The pocket has been formed and Soviet troops starting to surrender. 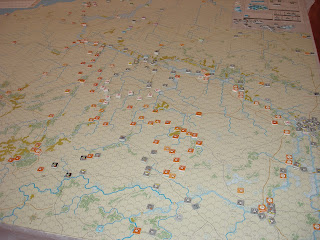 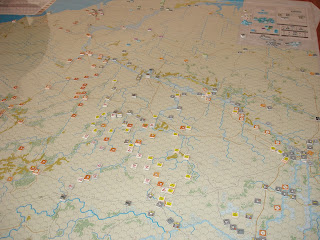 The bulk of the Soviets in the pocket are now out of supply at the end of Turn 40.  The Axis are meeting with mixed success in being able to totally close the pocket. 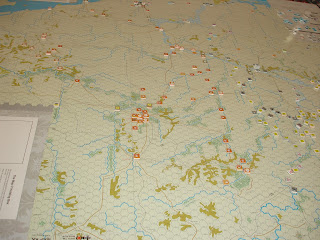 End of turn 41.  There had been an extensive series of low odds Soviet counterattacks, but it came to naught. 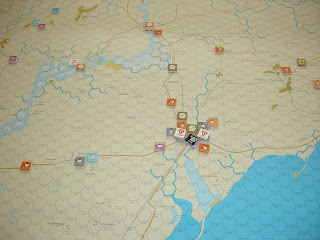 An interesting bit of play down south, the Soviets are just delaying as there is precious little defense behind this point.  The Axis have had to send troops to the Crimea and it might just be worthwhile the Soviets sending some reinforcements this way...