How to come up with a basing regime that will work for Napoleon's Battles, Blucher and Baccus? 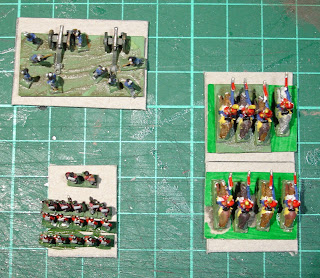 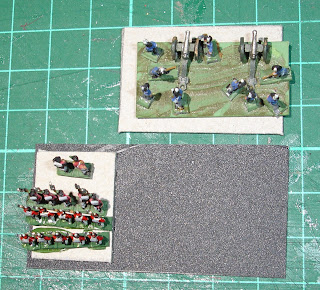 The fit with the Baccus 60mm by 30mm basing seems reasonable. 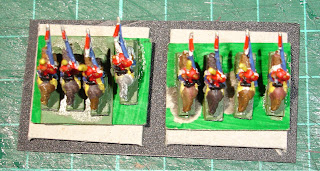 The cavalry just would need to be on 1" squares - something I would probably do for my 15mm figures anyway if I had a free hand. 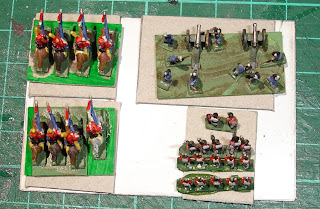 Putting such bases on a bigger 3" by 2" base for Blucher provides plenty of options to depict unit capabilities.  This would mean mounting the smaller bases on magnetic sheet and using metal big bases - something I'm set up to do for my 15mm figures. 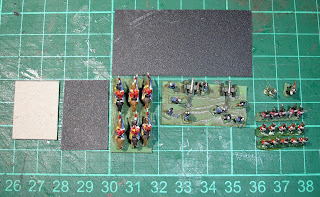 At least I am not tackling this challenge alone.  Mark B is also looking at how to base his 6mm Austrian army.  Here are some of his pictures lining them up on a 3" by 2" base. 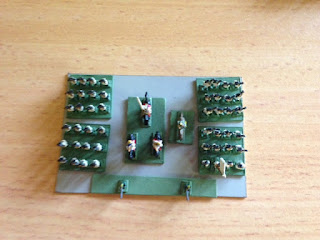 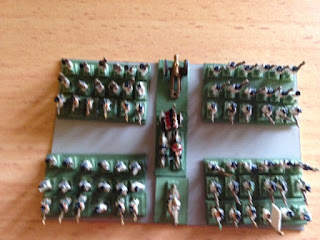 I would much rather go with a single large base to avoid fiddliness, but I also like the flexibility...

A single large base allows for interesting dioramas...

This is a good post on the subject as well:
http://doctorphalanx.blogspot.com.au/2015/02/reorganising-my-6mm-napoleonics-for.html

Do I really need to base my 6mm army for Napoleon's Battles?