The third and final book, eh booklet, of my recent purchase.  A triumph for me is that I have actually now read all three.  This is a rarity as normally book purchases go on to the great book pile, just next to lead mountain over near the tower of DVDs.  (Digressing, there is actually a word for this: Tsundoku.  See this post from the Inky Fool to learn more.)

This book followed the same format and indeed included some of the same text as its companion Waterloo 1815: Quatre Bras & Ligny.  Again the editing could have been better, but the number of errors seemed less, although I might just be getting used to them.  Having just refought the battle twice, the Plancenoit section was the part of most immediate interest.  The march is well covered and supported by useful photos.  Again the book is also meant as a tour guide which is both frustrating and inspiring.

Eighteen months ago I had read Hyde Kelly's 1905 book on Warve and Grouchy's subsequent retreat, a copy of which is available as a downloadable PDF here.  So I knew a bit about the retreat.  What was new for me in the Hofschroer book was the account of the sieges of the border fortresses.

The Prussian attack on Plancenoit is impressive given the troop quality and the distance and conditions of the march.  Weight of numbers certainly helps and Plancenoit makes an interesting contrast with the Prussian defence of Warve where they were out numbered two to one, but held a strong defensive position.  At Plancenoit, another good defensive position, the French are outnumbered three to one.  A cannon or musket ball takes no account of whether the target is guard or landwher. 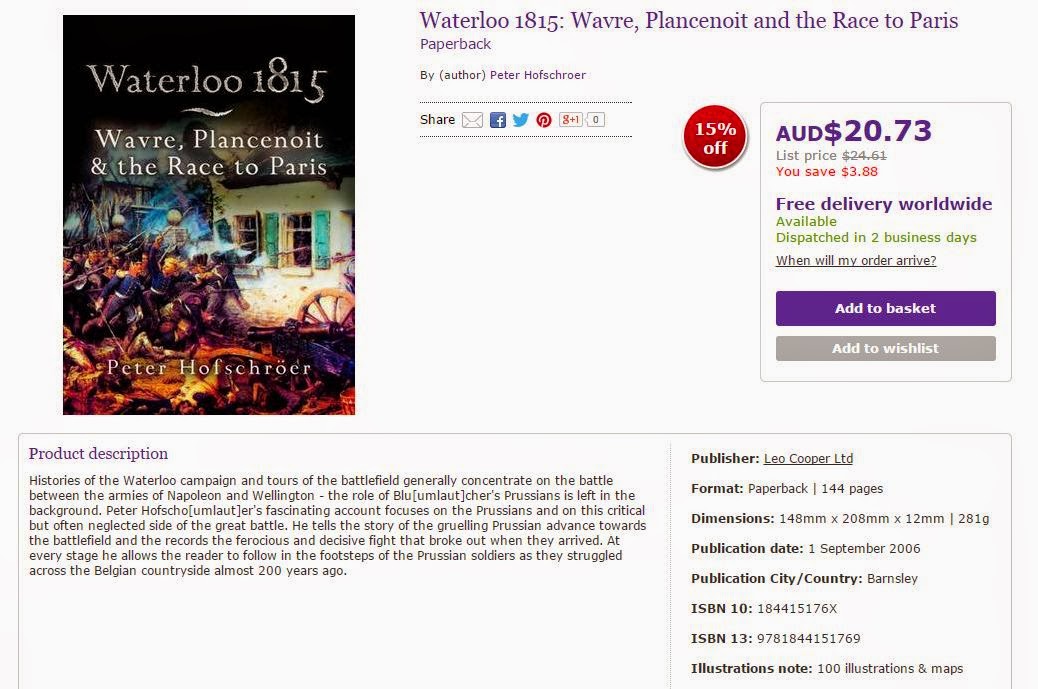